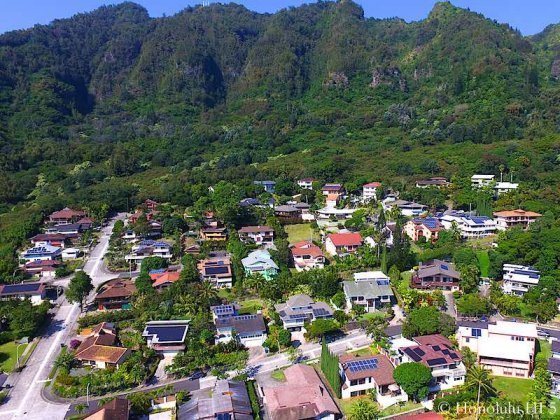 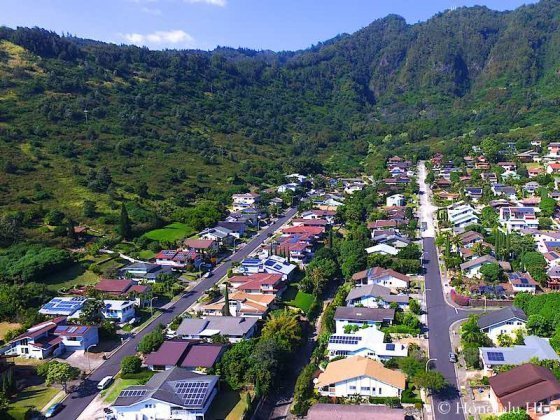 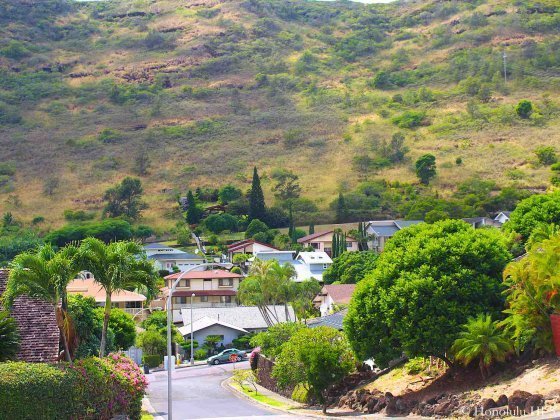 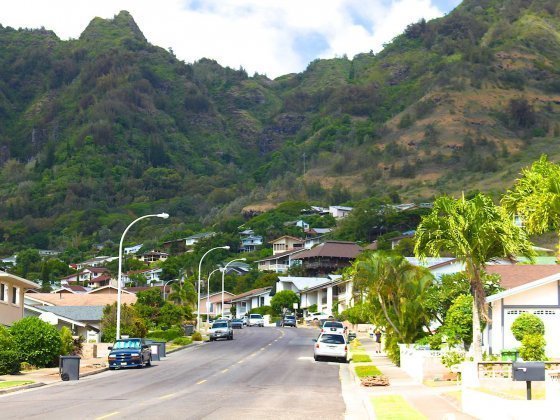 Hahaione homes is located in a valley, which is actually the first of Hawaii Kai's valleys if you're coming from town side. For real estate purposes Hahaione is divided into two neighborhoods, reflecting not just their proximity to the coastline, but other factors that make each distinct.

The valley officially starts just beyond the marina's northern end, behind Hawaii Kai Dr. Past that line you enter the area with Lower Hahaione homes, the older of the two communities. Built primarily in the 1970's, there are about 320 homes total here. This section of the valley does have some high-rises interspersed, but those are mainly on the sides along the ridges, so they don't block your sightlines. This openness is accentuated by the wide streets throughout, as well as the fact that there's a good amount of room between the houses. That means not just breathing room and privacy, it also provides the space for the lawns and yards that almost every residence has here. This is your chance to have a garden, a place to watch the kids play or keep the dog happy and occupied.

Go past the Hahaione Neighborhood Park and you're now by the Upper Hahaione homes. You'll notice the residences are purely houses back here. They're also a little more recent, having been built later in the 1970's and 80's. Not only that, the lots, on average, are larger than their Lower counterparts. Upper doesn't refer just to its depth in the valley, either.

Many properties sit up higher up than the land makai, producing views that can go straight out of the valley and on to the ocean! From your windows, or your lanai, you can drink in this deep vista, in the serenity of the mountains' emerald embrace. You also get more rain than the areas nearer the ocean, keeping the greenery flourishing and the temperatures cooler all year round.

Both Upper and Lower are in-demand neighborhoods, a result of their numerous parks, the wide, safe streets, friendly residents and the roomy dimensions. Not to mention the shopping and dining scattered throughout Hawaii Kai, all in easy driving distance. Once you're back here, you'll realize there's a lot more to why people love this district than just the marina.