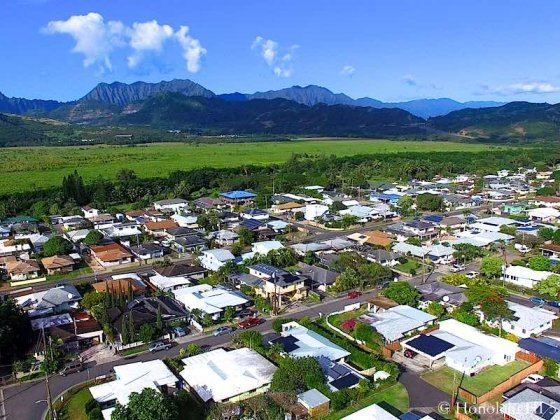 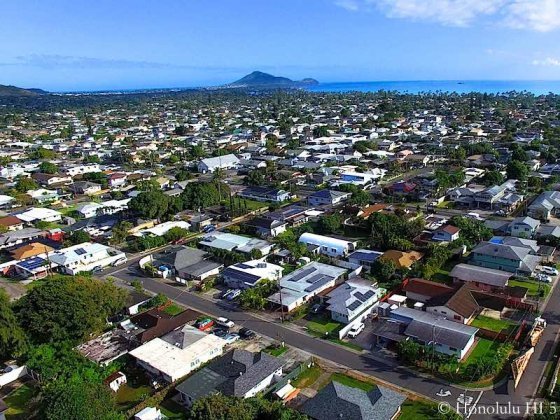 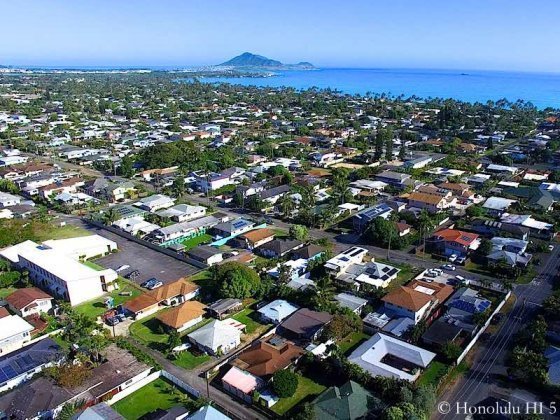 For whatever reason the Hawaii real estate world often lumps these areas together, often putting them under the joint category of Coconut Grove/Kalama Tract. They shouldn't. These are very different neighborhoods. They may be next door each other, but these neighbors are easy to tell apart.

Coconut Grove is the more mauka area, one that begins roughly on the mauka side of Maluniu Ave, ending firmly at the preserved Kawainui Regional Park.

Kailua In Reach – The Homes of Coconut Grove
This is one of the most affordable Kailua neighborhoods, as well as one of its oldest. It's not uncommon to find houses that were built here in the 1940's. The more intimate style of old Hawaii is prevalent in Coconut Grove homes, many of which could be called bungalows or cottages.

The vintage structures present a few golden opportunities. Some have been remodeled into incredibly picturesque throwback homes with modern amenities inside. Others are reaching the teardown moment, giving you the chance to create your own vision in a great location.

The average lot size is on the smaller size for the town, running between 5,000 to 7,000 sq ft. Those on the Kawainui Park side have views of not only of the unaltered green spaces, but also the even greener mountains that separate Windward Oahu from Honolulu. The addresses closer to the other side gain their own advantage by being closer to the beach. Always a plus.

Recent Coconut Grove homes for sale have gone for a range of $600K to $1M, a spread that reflects the conditions of the properties when listed.

Throughout Coconut Grove there are some low-rise condo buildings, adding another segment to the real estate of this district. Again, these are all additions from the 1950's and 60's, so the interiors especially can vary a lot according to what the owners have done since and when.

Heading makai of North Kainalu Drive, we enter Kalama Tract and the contrasts are easy to see from where we just left.

Kalama Tract Houses – Luxury Property, Vintage Values
The real estate of Kalama Tract differs by, first, being bigger in a few key ways. The lots are almost double the sizes of Coconut Gove's, coming in at 9,000 to 12,000 sq ft. That translates into larger interiors as well, some coming close to mansion size dimensions.

That 2:1 ratio extends to the sales levels as well, the homes for sale in Kalama Tract going under the gavel for $1M to $2M.

One place they are similar to Coconut Grove is the presence of many older homes, some dating even earlier, to the 1930's. These kamaaina houses feature those beloved plantation style features, but on a larger scale than you customarily see.

Newer homes are also present. The residences run the gamut of years from the early Mid-20th Century all the way to the 2000s in a few cases. The dating might vary, but the entire neighborhood retains the common Kailua mood of upscale, yet unpretentious refinement that befits the Island environment. There seems to be a common accord to retain that feel even in the latest construction.

From anywhere in Kalama you're within one to three blocks of the Kailua Beach. Best of all, you're removed from the busy Beach Park area, so you don't have the intense crowds that can take some of the pleasures out of what should be a relaxing time.

Coconut Grove shares that easy access, though you add the distance of Kalama Tract to your walk. That does increase the time in transit, but it still doesn't add up to a long walk by any means.

Both neighborhoods are classic pieces of the Kailua puzzle, their development part of the era when this became a real town. When the first residents moved in here, Kailua was coming into its own.

These two districts continue to play that role today, perpetuating the lifestyle and traditions of Windward Oahu. From the affordable properties of Coconut Grove to the expansive luxury homes of Kalama Tract, they still form a bedrock for this town, based on residents of every strata. Maybe they could use a homeowner like you, too.

Homes nearby these 2 neighborhoods, include Kailua Estate, Kailua Beachside or see all real estate in Kailua.