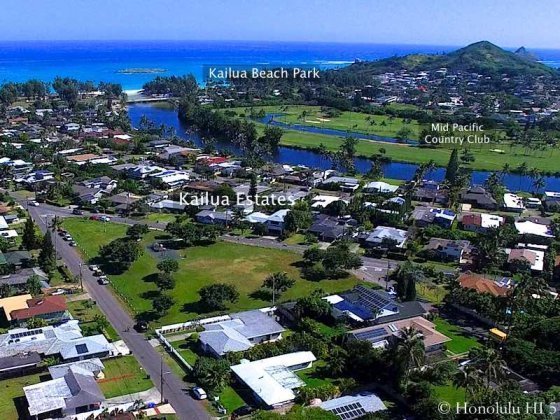 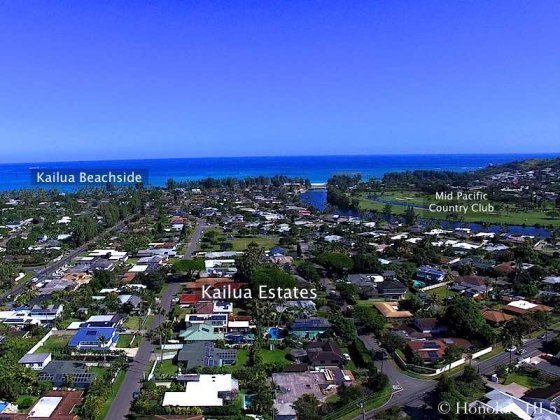 Kailua Estates could be called one of the old kamaaina communities, a label justified by the vintage houses dating from the 1940s and 50s that stand proudly here still. When the first owners moved in, Kailua was a small beachside town, isolated – some would say 'protected' - from Honolulu by the Koolaus in that pre-Pali Tunnel era.

Bordered on the south side by the Enchanted Lake canal, the easiest way to pinpoint this community's location is to stand in front of the Plantation store facade of Kalapawai Market, right at Kailua Beach Park, and look straight mauka. You're staring at Kailua Estates.

It's blindingly obvious that residents have a coveted spot in the town layout. Even those addresses furtherest mauka live within just a very few blocks of the beach. Those most fortunate? They're almost across the street from these world-class sands. You can see why these homes tend to get multiple offers. Who wouldn't want to be able to walk to a beach that regularly causes traffic jams?

Kailua Estates Homes – More Than Just Beach Access
They have other things going for them besides the easy commute to the waves. The lot sizes are extremely large, stretching from between 10,000 to 12,000 sq ft of land in this prime location. A few have even more.

In spite of those large lots, there's something important to realize. These Mid-Century homes come from an era when owners left much of their land open, rather than filling it with more house. Kailua Estates homes have excellent dimensions, and some have added on due to remodeling, but these are still primarily residences on a lot. Rather than a lot that's filled with the residence.

It's not difficult to imagine that a home for sale in Kailua Estates tends to sell quickly, easily and for a nice price. In fact, sales are now topping out at from $1M to $1.5M. What's even easier to imagine is the joys and daily rewards that come from strolling to Kailua beach from a home built to enrich your life, not dominate it.