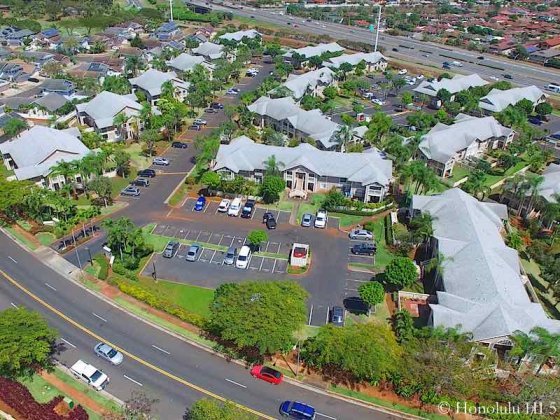 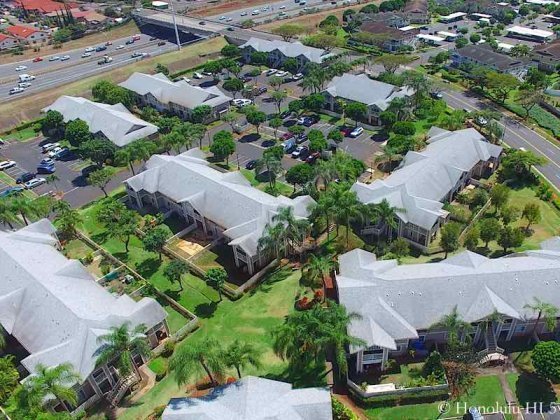 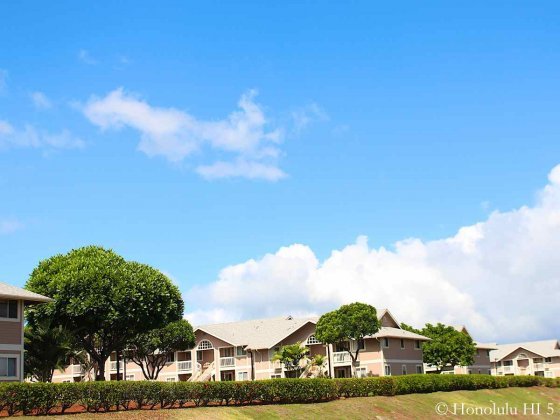 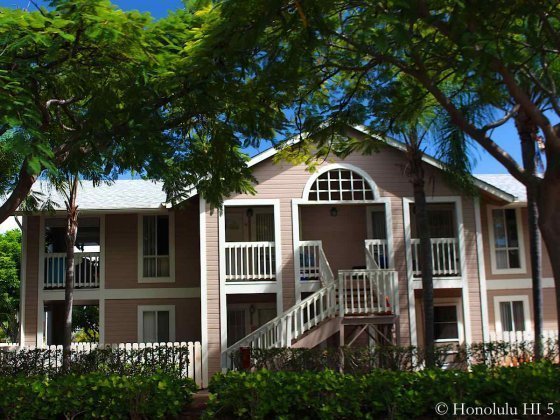 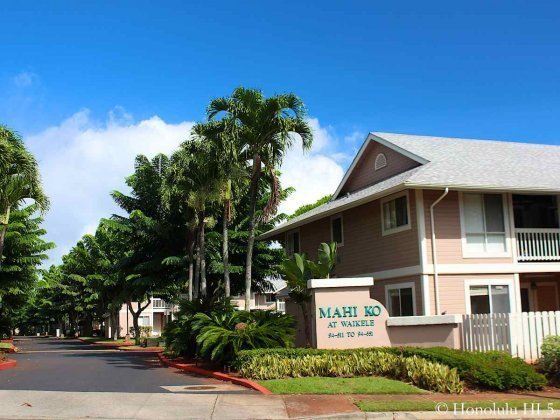 See our aerial video of Mahi Ko at Waikele.

About Mahi Ko at Waikele
Getting priced out of Waikele? It can, and does, happen. Waikele is a very desirable neighborhood and a perfect place for raising a family, making it very popular with real estate shoppers. Mahi Ko could be your way in.

A more affordable option, Mahi Ko was built in 1993 in the area between the fairways of Royal Kunia Country Club and Waikele Country Club. A good sized complex of 21 buildings hold the 228 townhome units that comprise the whole.

Upstairs residences get nice lanais of 70 to 92 sq ft, while downstairs you have a fenced in courtyard space of the same or slightly larger dimensions.

The location puts you not only right beside H1, making the drive to work or play a little easier and faster, but also a simple stroll away from both Waikele Premium Outlets and the more traditional shopping of Waikele Center.

Waikele Elementary School is a very few blocks from your door as well, making it easy for the small ones to get there on time.

If you find prices accelerating too quickly in Waikele, you're not alone. Fortunately, you have an option here and, obviously, it's a pretty good one.

You may also want to see nearby Highlands at Waikele, Village On The Green and Fairway Village at Waikele. Here is a list of all townhomes for sale in Waikele.