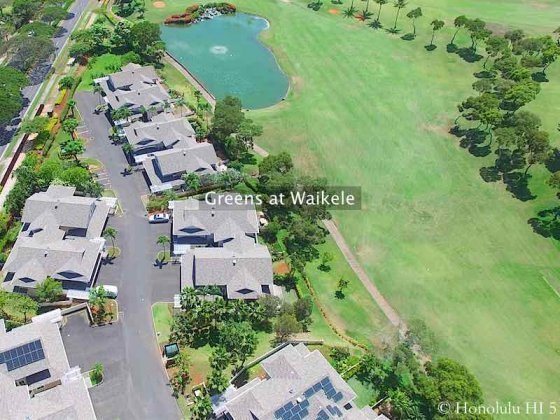 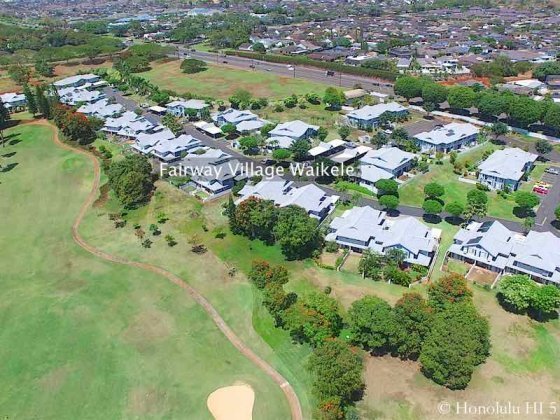 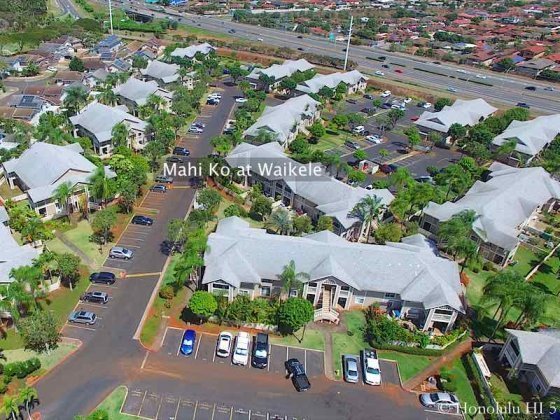 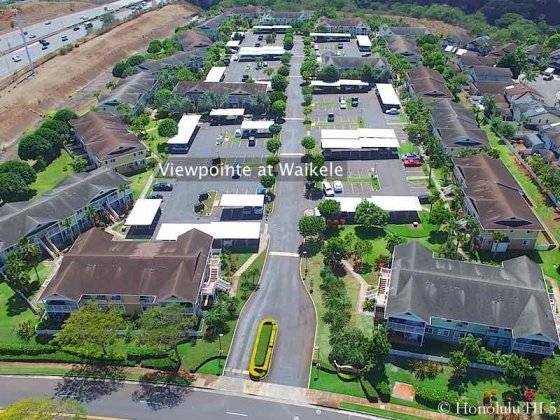 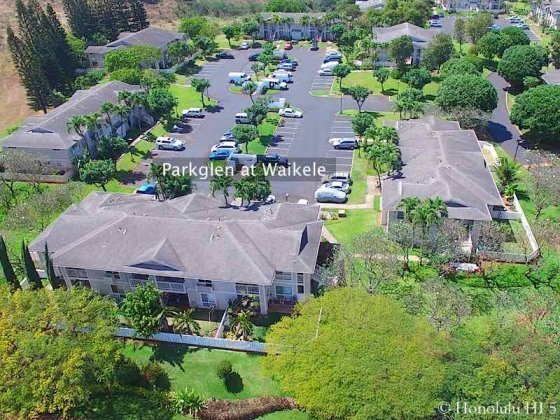 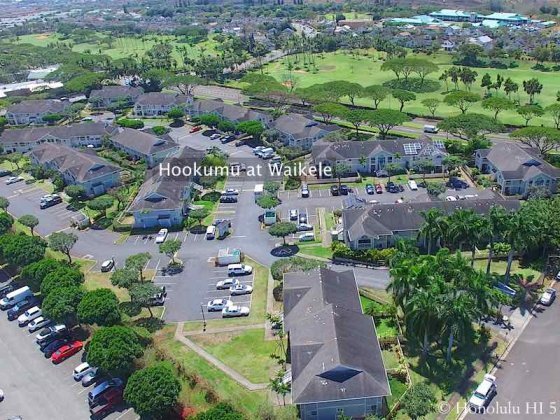 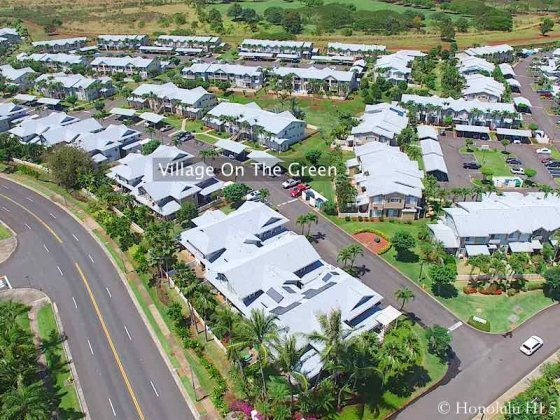 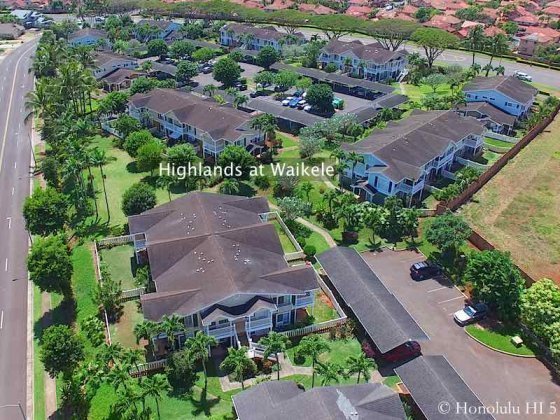 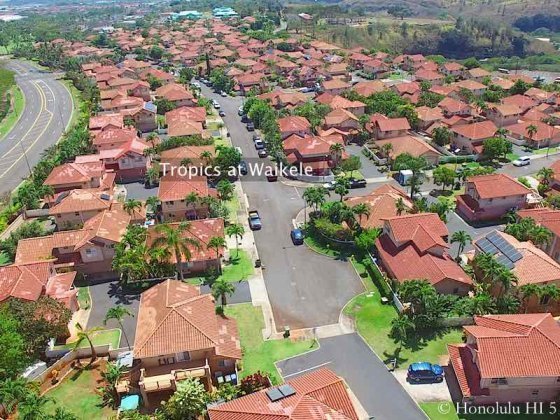 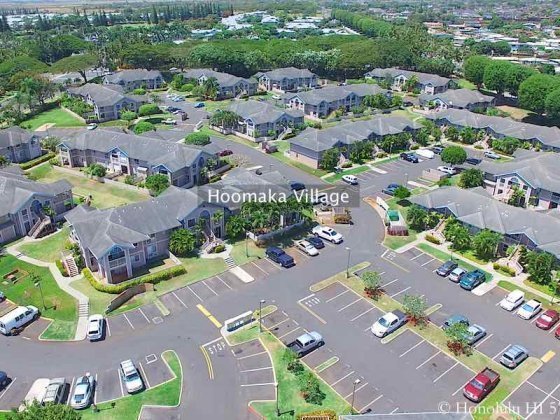 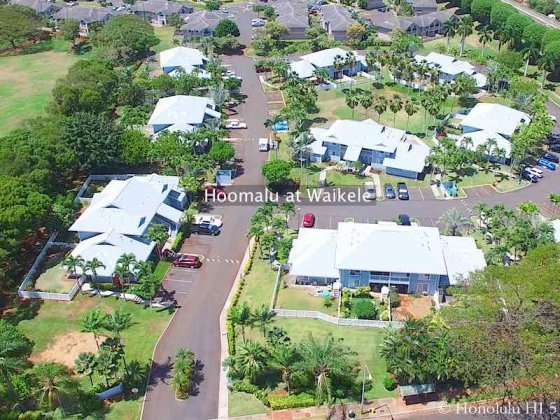 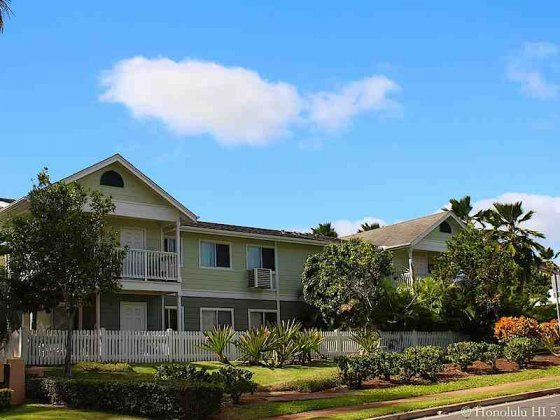 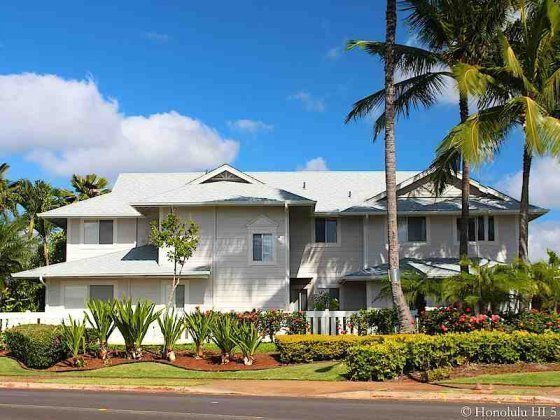 About Waikele Condos & Townhomes
Townhomes in Waikele is located in one of those uniquely Oahu communities, created wholly out of former plantation lands as the agricultural economy ended and housing needs became pronounced.

The townhomes in Waikele, rather than houses, take up most of this district's lands, just as it was planned to from the start. Because it came up in one general push, you'll find that the properties almost all date from the early to mid 1990's.

The intention was to build a green, suburban island just above the more paved over Waipahu, although it officially falls under that city's limits. That meant a very different feel was called for once you crossed into this area. For example, the utilities are buried, so nothing interferes with your above-ground views, and there are green lawns and park spaces, big and small, spread out everywhere. This is a pedestrian's dream.

Few buildings in Waikele go beyond a 2nd story, only increasing the open horizons along with benefits of the invisible utilities. Waikele townhomes don't feature a lot of extras, so a pool or club house shouldn't be an expectation here. What you do get is a wonderfully livable residence that is well-known for its serene site looking down at Pearl Harbor.

The Greens at Waikele and Fairway Village offer the even greater perks of spending your days on the threshold of the wide emerald grounds of Waikele Golf Club, enjoying quiet contemplation of these well-kept lands.

The average layouts aren't the biggest on Oahu, 2BRs generally starting at 630 to 900 sq ft, depending on the complex. A nice exception is the Hale Lumi townhomes that begin with 3BRs of 1,146 sq ft and go up to 4BRs with 1,756. Roomy at any level.

Another benefit of buying a Waikele townhome is the picturesque architecture, almost every building done in a style that recalls the Plantation roots of the town, all wood with nice throwback touches such as the old-time railings and peaked roofs. The Parkview at Waikele is an excellent example of this, with its baby blue with white accents exteriors. It's a pleasure to see and only adds to the special atmosphere that exists here.

For some, the clincher for moving here might be being able to walk to the celebrated Waikele Outlets that has shopping options that can only be called outstanding.

Even if that isn't you, the lifestyle of this place will get you. Your blood pressure will drop the moment you enter its wide streets from a day at work, as if Waikele is opening its arms to welcome you back home once again.