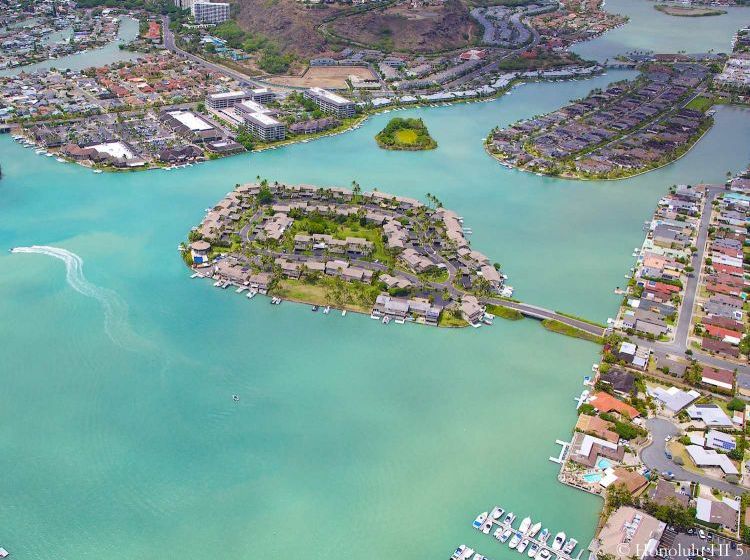 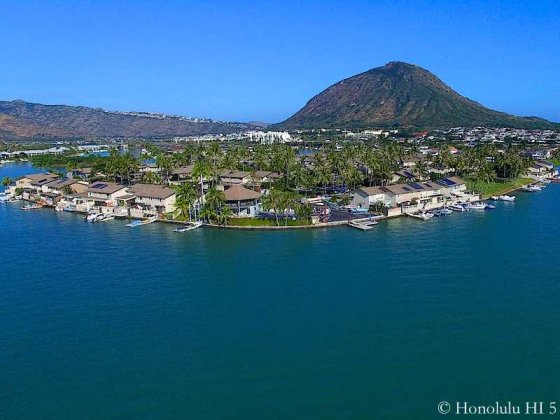 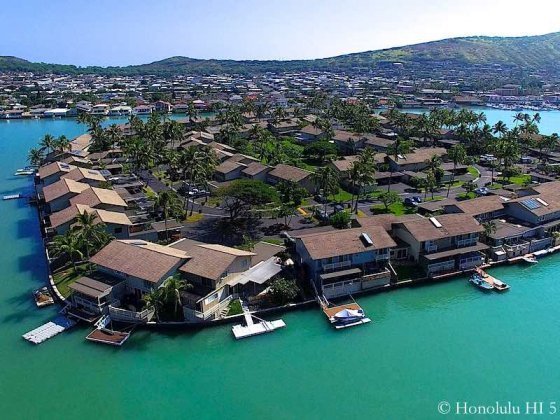 About Koko Isle
The Koko Isle townhomes has remained one of the most exclusive areas of Hawaii Kai, almost 5 decades after it was built. Why? A few good reasons. First, it sprang from the original vision of Henry Kaiser, to build true waterfront residences.

Here the waters are your backyard, to play on and enjoy freely with no barriers between. The Koko Isle condos on the marina itself either already have, or have the option to purchase, dock space. That's not a tie up down the road - it's literally outside your door.

That creates the possibility of taking your boat over to the large Koko Marina Center whenever errands need running. Imagine carrying your groceries back on the open waters, instead of fighting that frustrating land traffic.

The exclusivity of this place is underlined by the fact that you reach Koko Isle by crossing its own bridge. How many other neighborhoods can claim that? Cross over and you're coming home to one of the 124 homes spread across 23 buildings, a mix of those directly on the water and some on the interior.

These townhomes are a mix of 2, 3 and 4BR units in one and two story configurations. Those can be further broken down into several subsets due to a variety of bath counts, from 1.5 all the way to 3. That creates a lot of floor plans to choose from here.

Originally all the land in Hawaii Kai was leasehold, but the intervening years have seen some converted. That applies here, with many Koko Isle homes available with the fee simple interest, creating even more value.

Whether you're an avid boater or not, there's a lot to love on this Isle. It's not the completely private tropical island that so many dream of, but it's pretty close.