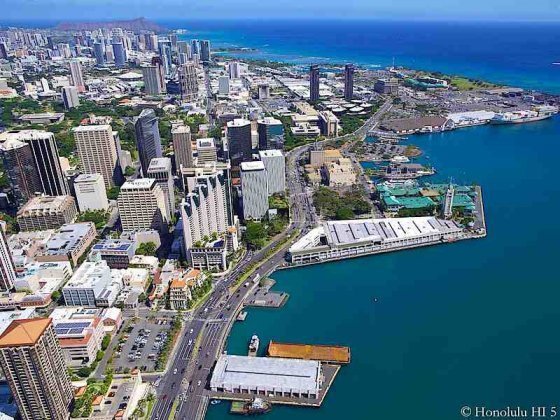 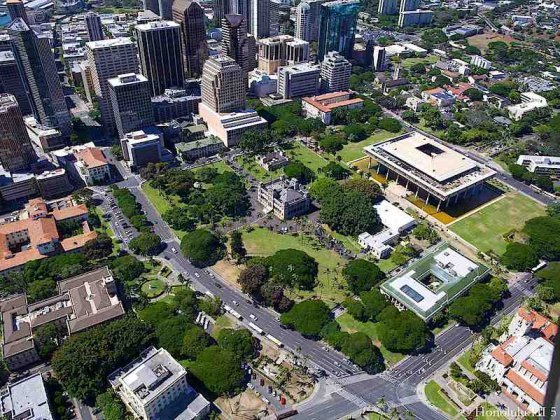 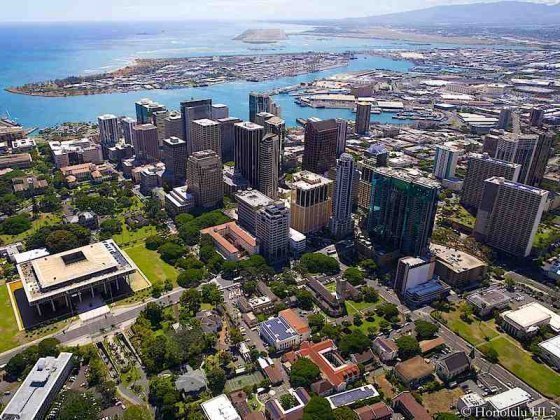 See our video of condos in Downtown Honolulu.

About Downtown Honolulu
Downtown Honolulu represents the historic, governmental, business and financial center of Hawaii. A mix of architecturally rich historic buildings as well as modern skyscrapers - up to 429 ft tall - fill the Downtown Honolulu skyline. Many residents who work in Downtown choose to live in a condo located in Downtown to minimize their work commute. With expensive parking and heavy traffic during rush hours it makes good sense for many busy working professionals. Downtown Honolulu condos for sale are typically valued in the $300,000 to $2M range.


Lot’s of great dining options and small coffee shops are frequented by the daily business crowd that fills the busy streets. Bishop Square is a nice green central park and popular lunch time hangout for office workers as well as some of the 7,000 plus students attending the private Hawaii Pacific University close by.

After hours the action moves across Ala Moana Blvd to the Aloha Tower Marketplace along Honolulu Harbor. Happy hour, live music and nightlife options start lighten up the boardwalk around sunset. Aloha Tower, overlooking Honolulu Harbor, was for many years the tallest building in Hawaii, but is now dwarfed by Honolulu’s modern and changing skyline.


Downtown Honolulu History
The first residents of Honolulu were Polynesians who found a home here as early as the 11th Century. For generations they led a quiet agricultural life, interrupted periodically by conflicts between local chiefs. This existence was completely upended by the 1794 arrival of the 1st European ship in Honolulu Harbor, changing this place into a bustling international port.

In the early 1800's, though, Honolulu lacked any real city structure or planning. Some felt the old land system wasn't a solid basis for the growing economic activity. The Hawaiian concept of land use at the pleasure of the Ali'i was increasingly under attack as merchants & businessmen sought private ownership.

Under pressure, a Board of Commissioners was set up in 1844 to hear testimony and begin making land grants. It was through this process that Downtown Honolulu took solid shape with formal streets designated and lots laid out.

The district near the harbor grew quickly, taking on even more significance when this was made Hawaii's capital in 1845. The Downtown area, especially around Fort St, was Oahu's primary shopping district until the 1960's, only losing that status with the opening of Ala Moana Center.

The accelerating population growth brought on by the end of World War II and Statehood produced a boom in building larger and larger commercial and residential buildings. The mounting demand for business space and new zoning are why you find today's downtown Honolulu condominiums primarily on Nimitz Hwy or the mauka side of Beretania St.

Condos in downtown Honolulu are still in demand for the same reasons residents flocked here in the 19th Century. They sit in the business and government center for not only Oahu, but all Hawaii, while gazing out over a waterfront that never fails to fascinate.