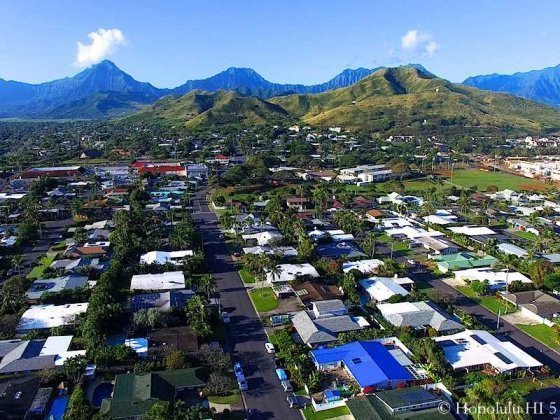 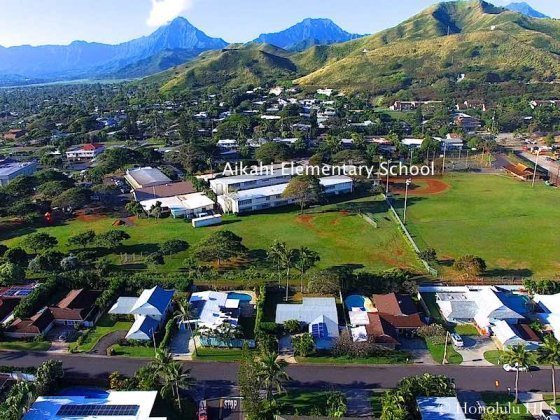 Aikahi Park is one of those neighborhoods everyone wants to get into, so the average times these Kailua homes are on the market isn't long. What's the attraction?

A shorter list would be what isn't, so much is going for the residents here. Located near Kaneohe Marine Corp Base, you'll encounter more than a few active duty and retired military who like that proximity. It's also next to H3, so commuting or just getting around is easy. You're on the highway and off and running in no time at all.

Families with children are drawn here by another factor, the chance to get their kids into the Aikahi School District, by many considered one of the best on Oahu. Never underestimate the magnetism of strong schools in the real estate decisions of parents. But what about the homes themselves?

Aikahi Park Homes – Built the Kailua Way
The above factors make for a strong benefits list, but it's the Aikahi homes that race the pulses of buyers. Most of the houses were built in the 1960's and 70's, when Kailua moved in reach of downtown commuters with the opening of the Pali tunnel.

Ranch houses make up the majority of the residences, appropriate for a place that values low impact on the environment around them and a simpler, yet with its own elegance, kind of lifestyle.

There has been some change as some of those original owners sell, the new residents building on or even replacing those houses with something bigger. The average floorplan in Aikahi still runs at around 1,500 sq ft, but with lands that extend from 8,000 to over 11,000 sq ft, there is room to spread the footprint if you choose.

Despite that happening on some lots, many home shoppers love the yard and outdoor space, preferring to retain it and enjoy its rewards. It's why people come to Kailua in the first place, drawn by the natural beauty and uncluttered lifestyle that reigns here. Aikahi inhabits that same space and has remained popular because of it.

With the large size of the lots, the beauty of Kailua all around and the beach not far away either, it's understandable that the prices have risen quicker than even Hawaii's already hot average. Though some can go for a little less, it is to be expected to see homes for sale in Aikahi Park asking $1M to $1.5M on these streets.

Go ahead. Take a drive through Aikahi Park. You'll find yourself lining up at the next open house here. Early.