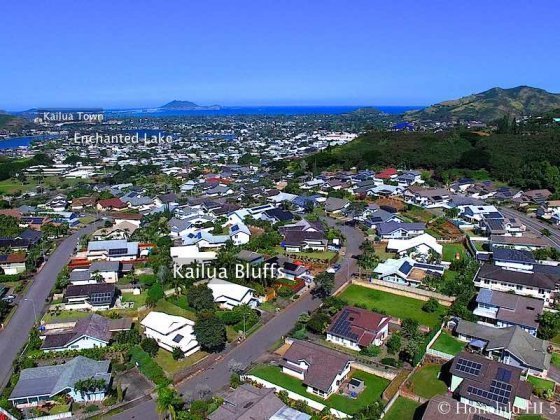 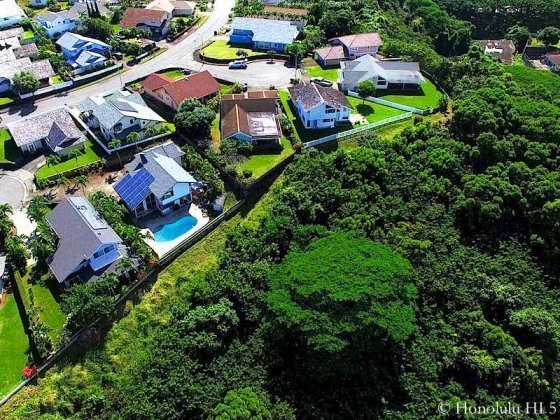 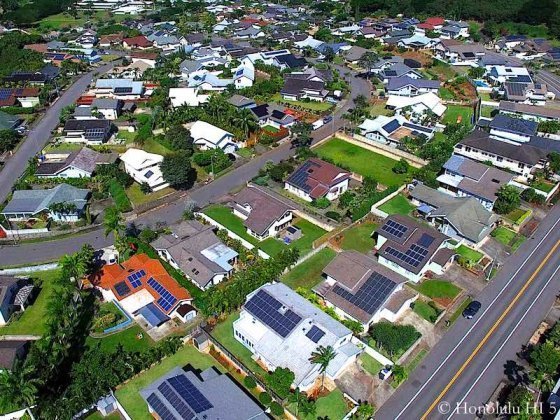 See this aerial tour of homes in Kailua Bluffs.

Kailua Bluffs stands as the last neighborhood in Kailua that you'll pass on 72 as you head to Waimanalo, putting it at a crossroads of those two picturesque communities. This places it closer to the Pali than Kailua's town side, making a commute downtown a little shorter.

It also puts your home on a higher level than the surrounding areas toward the coastline. The elevated position provides different views depending on where you are in Kailua Bluffs, including the Koolau Mountains, Kailua Town and even the ocean for some fortunate residences.

Kailua Bluff Homes – Origins & Outlooks
Most of the homes date from the first wave of building done by a developer in the 1980's. The ones from that era are recognizable due to a similar design that was used for the houses during that project. Beginning sometime in the following decade, custom single family houses were added periodically by individual owners, a practice that continued into the early 2000's.

The elevated position provides different views depending on where you are in Kailua Bluffs, including the Koolau Mountains, Kailua Town and even the ocean for some fortunate residences.

The houses tend to be 2 story with at least a small yard that stays pleasingly green due to the rain that falls regularly on this side of Oahu. With lots running from 5,000 to 11,000 sq ft, there's room even for a pool in some cases.

Although Kailua real estate now runs to a premium, homes for sale in Kailua Bluff tend to be more affordable than some of its neighboring communities. Sales have run from $700K to $1.2M. Though certainly not cheap, it is comparably lower for this part of town.

Kailua Bluffs is a beautiful place to live, set away on the Kailua limits where tour buses never go and on the way to the latest 'Best Beach' winner of Waimanalo. Life here is a quiet one, so those seeking a place to put up their feet in peace should pay attention. Listings often don't last long.