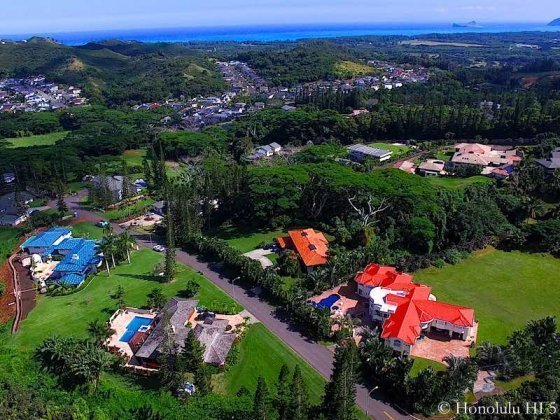 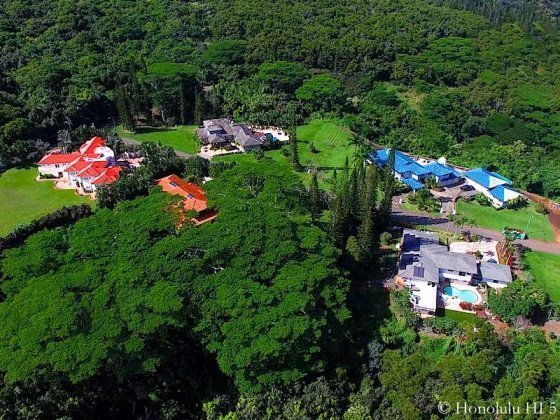 See this video of homes around Old Kalanianaole Rd (Norfolk), which technically is an area of its own, but we have lumped with the Olomana neighborhood.

Kailua has a certain character that is evident in its every neighborhood. It's a special local-style grace that makes the Windward Side so attractive to homebuyers. Still, if you look a little closer, the different neighborhoods will reveal that each also has their own qualities and identity that set each apart. Two neighborhoods, Olomana and Norfolk, though separated by a car ride of two minutes or less, might be the best examples of the variations that exist within Kailua's city limits.

Olomana Houses – Ranch Houses that Respect the Environment
Olomana is named after the mountain whose shadow it sits in, Mount Olomana, well known for its 3 peaks. The neighborhood was established in the 1960's and was immediately popular with commuters for its location right off the Pali Hwy. Yet it's within a quick drive to Kailua's shopping and beaches.

A majority of the houses date to that initial construction, reflecting the low-rise, unpretentious style of Kailua. Due to that design template, many residents have great views of the Koolau Mountains easily seen from their windows and lanais.

The lots are a little smaller than elsewhere in Kailua, but not by much, starting at 7500 sq ft and going to a high of about 8500.

Despite being sited at the corner of two busy highways, the feel is very rural, with trees and greenery all around, fed by the rains that fall here often. In fact, the South side is bordered completely by a forest area, underlining that mood even more.

A review of Olomana homes for sale recently shows them going for $800K to $1M, a definite upswing as the charms of this place are finally getting more attention. From here let's take a very quick drive down H72 toward Waimanalo and take a right onto Old Kalanianaole Road.

Norfolk Houses – Country Estates Minutes from the Beach
The Norfolk neighborhood, listed under the title of Govt/Ag in the MLS, takes up a much larger area, yet has far fewer houses, resulting in greater seclusion for each home here. While Olomana is rural, Norfolk is Country.

It's not only the setting that makes that so, it's also the extremely large lots, taking up from .5 to 3 entire acres of land. These are wide open properties you can take a stroll on.

The residences back here were built during the 1980's and 90's, with large floor plans to match the land, some reaching 10,000 sq ft. Due to the Agricultural zoning, some small farming is done here and horses are a familiar part of the scenery. The height levels of some of these properties means you, and even the horses, might enjoy views out to the ocean.

Homes for sale in Norfolk have been acquired recently for $1.5 to $2M, giving the new owners a lot to build on or to leave open and unspoiled.

The choices between these 2 Kailua neighborhoods should be easy for most home buyers. They each present very individual settings, residences and lifestyles. Both, however, present the same clear benefits of life on this side of the Koolaus. A greener environment, a slower paced life and easy reach to the beaches of Kailua and Waimanalo. When you get all that, you're always making the right choice, no matter where you end up in these two communities.

See nearby homes in Keolu Hills, Kailua Bluffs or all Kailua homes for sale.