The MLS properties are based on information from the Multiple Listing Service of Hicentral MLS, Ltd.
Total 2 Hale Kou / Keapuka Homes - 2 loaded 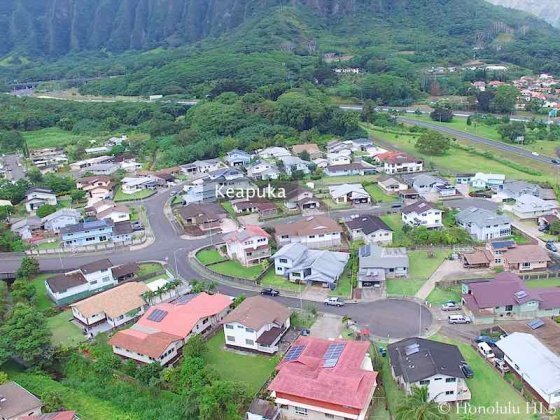 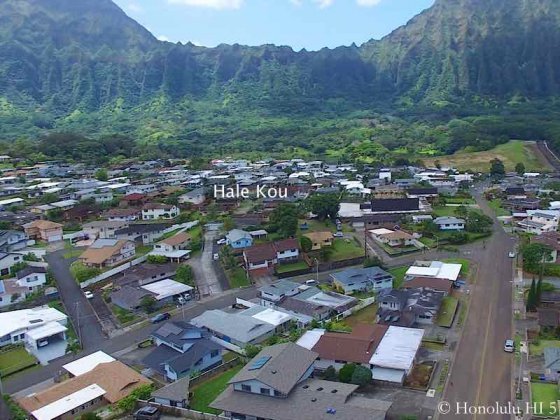 ABOUT
Neighborhoods are often known best by what surrounds them. That is never more true than in the case of Hale Kou and Keapuka. The two are bound on the east by Kamehameha Hwy, the north by Likelike Hwy and both the south and west by the Ho'omaluhia Botanical Garden.

That vast green space provides a scenic, yet open horizon straight to the Koolau Mountains, bringing almost every inch of their majesty to the view from your home. Other advantages?

From here it's easy to be on your way, with Likelike Hwy, H-3 and the Pali Hwy all moments from your driveway, making commuting and day trips a much simpler and less stressful process. Something Islanders appreciate in the growing traffic issues.

Finally, all the essentials are nearby, too. Kaneohe Elementary is across the street, Castle High School down the road and Windward Mall 5 minutes in your car. Now that we've covered the many positives of the location, let's look at the homes themselves.

HALE KOU
Hale Kou makes up the southern half of the area and is also the older of the two. Most of the houses were built in the period from the early 1940's into the mid-60's, reflecting the growth of Kaneohe at the same time.

Due to that you may come across structures that need some care. That is one of the reasons some homes are more recent, being rebuilds to replace the lot's original occupant.

A high percentage of those mid-20th Century residences have 3 or 4 bedrooms, all on a single floor, making 2 stories one of the key giveaways that the home may be from more recent times. The floor plans range primarily in the 1,000 – 2,000 sq ft that lie on lots of 5,000 to 7,000 sq ft of total space.

KEAPUKA
Not so much next door to Hale Kou as cheek-to-cheek, Keapuka is the younger sister, its homes first added in the early to mid-1960's. They have similar room counts, accommodating families and multi-generational households with 3 or 4 bathrooms in a large number of residences.

One way Keaupuka does differ is in lot sizes. Generally they are larger than in Hale Kou, usually giving you your own domain of from 6,000 to 9,000 sq ft. They do stay within the one story mold for the most part as well, as most local homes built in those eras were. There's no mistaking their style, though, which is classic Islander all the way.

OAHU NEIGHBORHOODS THAT HAVE IT BOTH WAYS
Sitting beside a sprawling green space that will be eternally preserved, you're assured that these are overall quieter places to live in the growing Windward Side of Oahu. You're promised a unique combination living here by surrounding you in untouched green lands and mountainside as well as modern highway convenience. Put those advantages together and you could only have the great neighborhoods of Hale Kou and Keapuka.