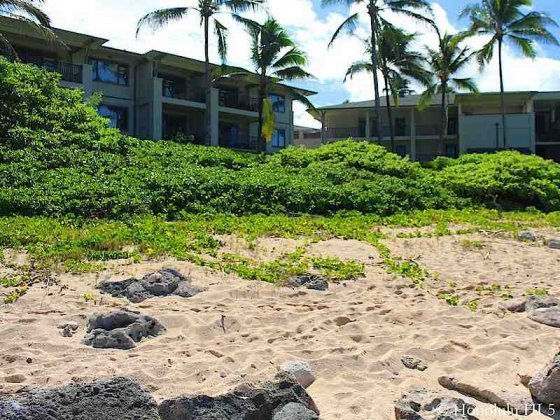 Searching for North Shore condos for sale can be hard going. At certain times you may not even believe they exist, so few are ever up for sale. This is due to not only the strong resistance to development by residents, but two other factors:

Many owners are in the lucrative business of vacation rentals. They're not selling. The remaining owners love living here and wouldn't move for the world.

It's hard to argue with the people in #2. The North Shore is one of the last, and easily the largest, holdouts from the development that's changed Oahu. In a few short decades, the face of the Island changed forever. You can see why they've drawn a line up on the North Shore.

Along the Farrington & Kamehameha Highways you'll see a part of Hawaii that's fairly untouched. The famous skyscraping waves roll off of large, pristine beaches and the flora surrounding you is so green, you'd almost believe it was colored artificially.

You'll occasionally glimpse larger homes that have been converted to condos, but they're scattered around and few in nubmer. For a more traditional condo, you need to look in specific areas of the North Shore.

Surprisingly, one of your best bets is Mokuleia and neighboring Waialua, on the far west end of this coast. Here you'll find both ends of the market, the high embodied by places like the Mokuleia Beach Colony, which is a gated community of duplexes that sit right on the beach. It's a dream tropical home with manicured green lawns spotted with palm trees. Yet this same town has the Ono Vista condominium, a distinctly more affordable property that may not have any real frills, but sits in this same incredible corner of Oahu.

Head eastward and you're soon in Haleiwa, one of the largest North Shore towns. Here you'll find the Haleiwa Surf. It's another residence that won't win awards for amenities, but it does sit right on an incredible stretch of sand and swells with your lanai looking right out at it. It's Paradise's front row.

At almost the very top of the North Shore you'll come to the Turtle Bay Resort, which has the Kuilima and Ocean Villas communities on their grounds. These are luxury residences. Kuilima units are surrounded by golf courses, but still very near the beach. To get ON the beach, just buy one of the oceanfront Ocean Villas condos and the waves are all yours. Both properties enjoy all the hotel amenities, making your life a permanent vacation.

These aren't the only North Shore condos out there, but they're currently the most open of doors in a scarce marketplace. As hard as it is to get in, it'll be harder to ever leave. There's just something exceptional here that just won't let you go.