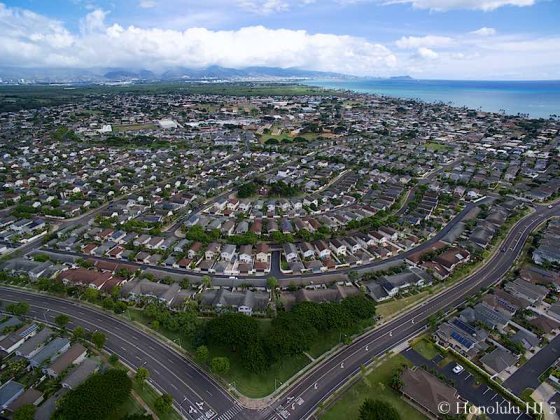 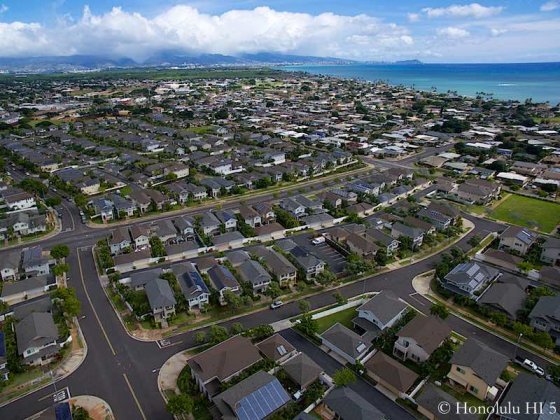 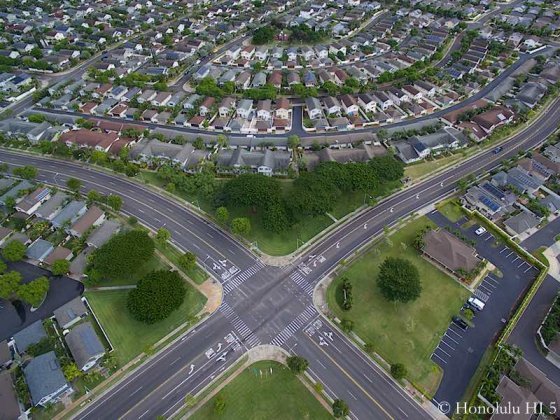 The Ocean Pointe homes in Ewa Beach are part of the planned community era that fully took flight on Oahu starting in the 1980's. The Haseko group purchased these lands on the shoreline in 1988, but the first houses weren't ready for occupants until 1998, ten years later.

That was just the start of construction, with the last Ocean Pointe homes completed in 2009. The high point of this real estate, so far, was 2005/2006 when Hawaii properties rocketed to new price heights. Many who bought at that time later found themselves underwater after the nationwide crash a few years later.

Ocean Pointe residences have begun to recover and continue to do so, though they haven't yet got back to the levels of those feverish years. Both the short sales and normal entries on the market have short lives on the market now, and for good reason.

These are larger houses for Oahu, primarily consisting of 3BRs and 2 bathrooms in both one and two story layouts. You're also guaranteed 3 impressive features with your residence:

One of these can be difficult to find on Oahu, but buy here and you get all of them. It's no wonder listings doesn't last long.

Another reason for the continued demand is the surrounding scenery. The ocean laps up to the shore just a few blocks, or less, from your living room, no matter where you are in the neighborhood. A stroll to the waves is easily in your reach every day.

Some of the houses also live on the fairway of the Hoakalei Country Club on the west side of the community. Those vivid green stretches are popular backdrops even for non-golfers.

Oahu's Ocean Pointe Homes are a vibrant part of the ever-growing Ewa Plain district that has come into its own. Now's the time to get your own here, too.

You may also be interested in....
Ewa Gentry homes and Hoakalei homes.  Alternatively, expand to search all Ewa Beach homes for sale.