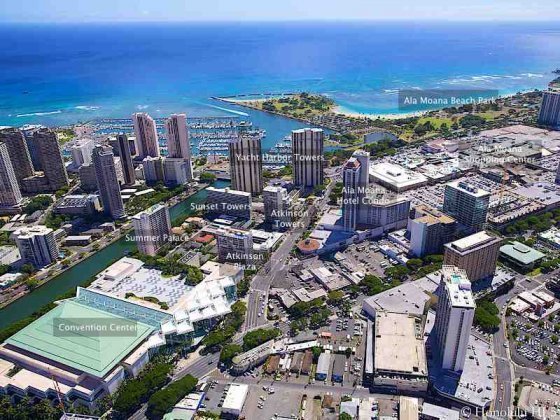 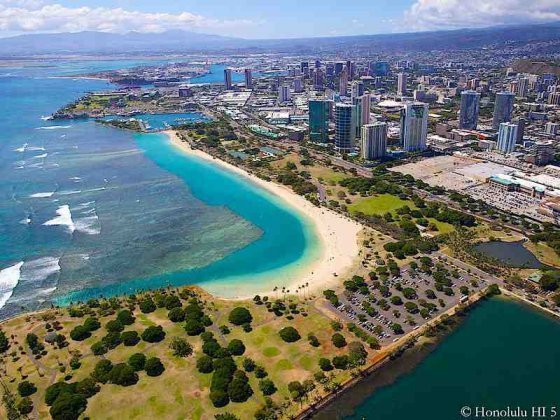 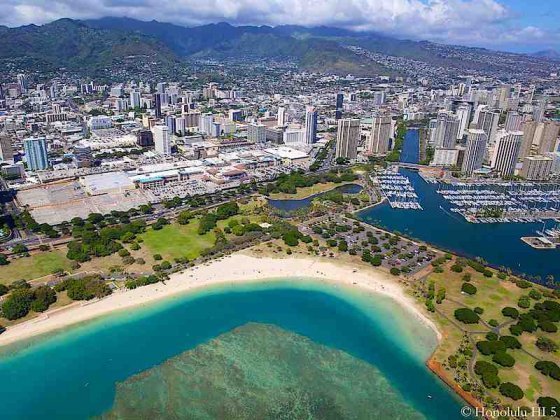 About Ala Moana
Ala Moana is a well known neighborhood thanks to Ala Moana Shopping Center and Ala Moana Beach Park, often perceived as a relatively large neighborhood with many condos. However, reality is, Ala Moana is a small neighborhood located between Kakaako (west) and Waikiki (east) roughly bordered by Ala Moana Blvd (south), Ala Wai  Promenade (east), Kapiolani Blvd (north) and Piikoi St (west) with just about 13 condos.

Ala Moana Condos
Near Atkinson Drive and the Hawaii Convention Center are a group of older condos in Ala Moana - all built prior to 1980 - the most prominent condo being Yacht Harbor Towers (1973), which offers spacious floor plans and incredible ocean views.

In 1989 Uraku Tower was completed along Kapiolani Blvd and at its time, considered Honolulu’s most luxurious condo offering its residents concierge services. The next condo to be completed in Ala Moana was luxury One Ala Moana (2014), located on top of Ala Moana Shopping Center. When the project sales began pre construction, year 2012, it was sold out in 2 days and given this great success, the developers - The Kobayashi Group & McNaughton Group - created a plan to develop ultra-luxury Park Lane Ala Moana (2017), also located on top of Ala Moana Shopping Center. The latest additional to the Ala Moana condo scene will be Kapiolani Residence (2018) - a mid range priced project. There are discussions to develop other condos in Ala Moana - including luxury condo hotels.

Ala Moana condos for sale range from $200,000 for a low floor studio at Ala Moana Hotel Condo to north of $20,000,000 for the ultimate Grand Penthouse at Park Lane.


The Ala Moana Neighborhood
At the center of this world famous neighborhood sits the sprawling open air Ala Moana Shopping Center, which has undergone several renovations and expansions over the years to keep up with demand. The center features about 300 shops including Bloomingdale’s, Nordstrom, Neiman Marcus, Macy’s, along with over 60 eatery options.

Across the boulevard is the enormous Ala Moana Beach Park, playground for many active outdoor enthusiasts. A fabulous beach with calm waters and a protective outer reef makes Ala Moana ideal for long distance swimming and paddle boarding. The park has bike paths, tennis courts and picnic tables, which fill up fast on weekends. Ala Moana also hosts the start of the annual Honolulu Marathon, which draws about 25,000 participants from all over the world.

Magic Island, the tip of Ala Moana Beach Park closest to Waikiki, is truly a special place to savor sunsets, watch sailboats, surf, jog or just enjoy the outdoors. You might recognize Magic Island from the opening scene of the TV show Gilligan’s Island. Every year on Independence Day Hawaii’s largest firework erupts here, visible from most places in Honolulu, with several Ala Moana condos enjoying picture perfect front seat views.

The Ala Wai Yacht Harbor, Hawaii’s largest boat harbor, straddles both sides of the Ala Wai Canal where it joins the ocean between Waikiki and Ala Moana. The yacht harbor is home to a couple of yard clubs sheltering a huge selection of boats, many visiting from all over the world. This is also the finish of the Los Angeles - Honolulu Trans Pacific sailing race, one of the longest running sailing races in the world.


Ala Moana History
Ala Moana was once a very different place. Not only did it have another name, 'Kalia', it was also mostly swampland with some scattered taro patches. A place that, for centuries, mainly fishermen lived.

In 1912 Hawaiian Dredging, owned by Walter Dillingham, bought land here for the dumping of coral, sand and dirt from their projects around Oahu. This filled in much of the wetlands and ponds, creating solid ground, much of which became Ala Moana Park. The area set aside for the park was officially dedicated in 1934, in part by President Roosevelt.

The next couple of decades saw small homes becoming more numerous nearby, but nothing that could be called a real neighborhood. It was purely a low-rise, low density district. That would change with the coming of Ala Moana Center.

Envisioned as early as 1948 by Lowell Dillingham, Walter's son, it wouldn't be until 1957 that Hawaiian Dredging actually began building on what had been bare land. Ala Moana Center was finished and opened with great fanfare in 1959, coinciding with the advent of Statehood.