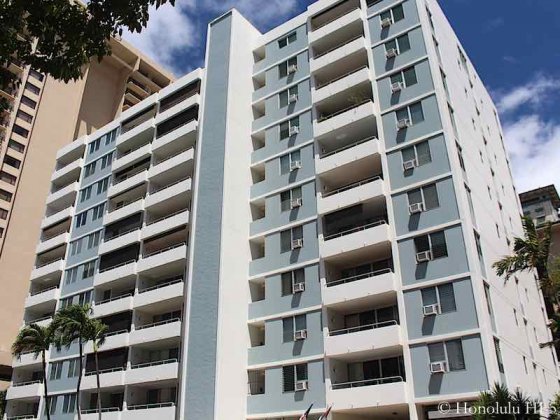 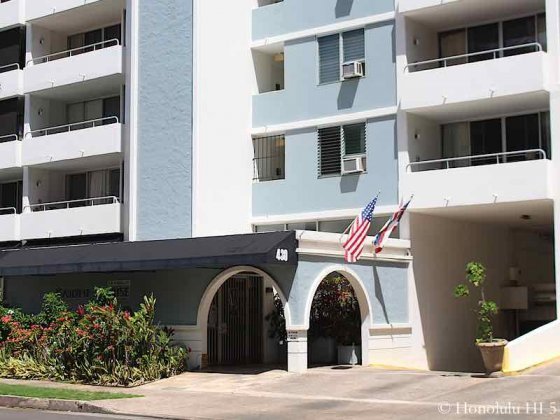 About Kaiolu Sunrise
The condos of Kaiolu Sunrise occupy an emerging part of Waikiki. Though well into the central part of the district, it is an area where Kuhio Avenue does not have the shops and eateries it has to the east. However, with the opening of the new Ritz-Carlton residences, there are definitely changes in the wind.

Your lanai will fall between 90 and 120 more sq ft on the outside. From them you take in the active city life of Waikiki as well as the natural wonders of the Koolau Mountains to the north.

The presence of the Ritz and its effect on the surroundings is still unclear. Currently this is a quieter area, just outside of where the crowds are on the streets and sidewalks. You can still walk very easily, though, to all kinds of choices for spending your money or trying a new taste. The charming Beachwalk strip is very close, for example.

You're also equidistant from Ft Derussy and Waikiki Beaches, giving you options there according to your mood and preference.

Living at Kaiolu Sunrise may not remain as quiet as it has been, but one thing is certain. This is a neighborhood that is raising its game and you have a front row seat.