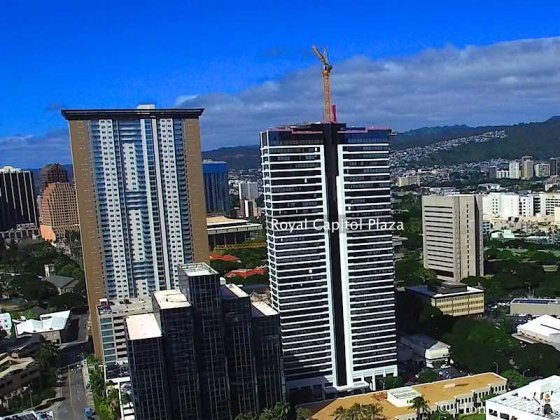 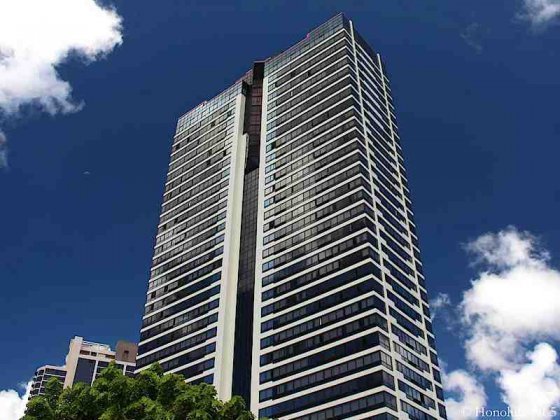 About Royal Capitol Plaza
The Royal Capitol Plaza condo was built before the concept and vision of the new Kakaako was put together, but its residents will still join in the benefits of this revolutionary community. Seated toward the northwest corner of the district, you're right on the prime thoroughfare of Kapiolani Blvd, very near where it it reaches the initial Government buildings that mark the start of Downtown.

In future years, you'll be only 3 to 4 blocks from the Civic Center station of the rail system that'll take you to work or maybe a dinner date with friends. If you work downtown you can count on an easy commute, both now and in the Honolulu that's just taking shape today.

One thing you will lack here, though, is a lanai. None of the units have one. The Royal Capitol Plaza condos do, though, have floor plans that are at least average size for condos in Honolulu. The 1BRs are from 582 to 743 sq ft, with one bathroom. 2BRs here will include 869 to 1061 sq ft of space and almost all have 2 bathrooms as well. There's only 1 x 3BR and that is the Penthouse.

Despite being on built up Kapiolani Blvd, many condos in Royal Capitol Plaza still have good views due to the mostly low-rise buildings it faces on this end of that avenue. The 2BRs in the 04 and 06 stacks are probably the most desirable, the highest floors having some ocean view. The equivalent units on the mountain side, the 03 and 05 stacks, have excellent lookouts at the mountains that will remain less cluttered than the other side as the Kakaako development picks up speed.

Though it doesn't have the star power of the Our Kakaako or Ward Village developments, the Royal Capitol Plaza is a quality condo with much to recommend it. A great location set between Downtown and the shopping of Ala Moana & Ward, a place in the booming neighborhood that's coming together and some excellent amenities, too. That's just about every box checked on most people's real estate Want List.

You may also be interested in....
Imperial Plaza, 909 Kapiolani, Pacifica Honolulu, One Waterfront Tower and Moana Pacific. Alternatively, expand to see all Kakaako condos for sale or start broader with all Honolulu condos for sale.