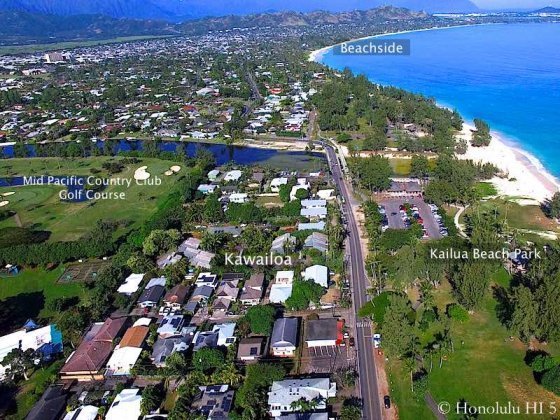 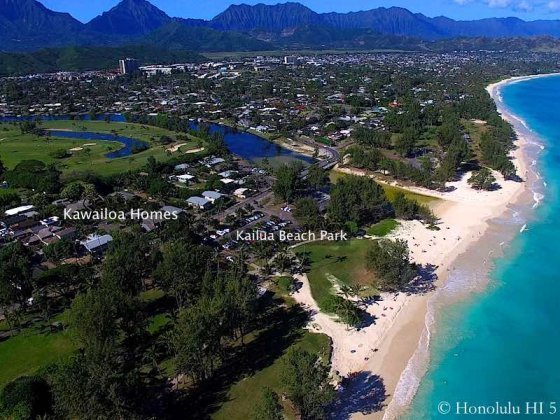 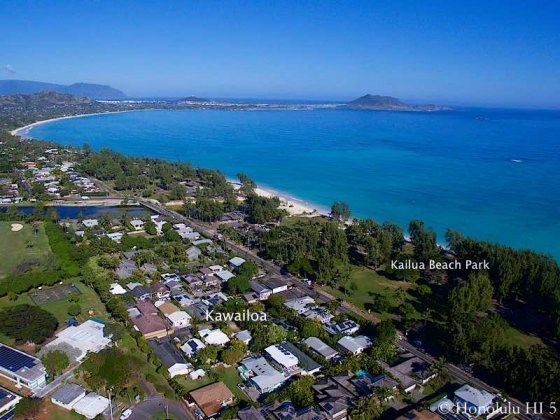 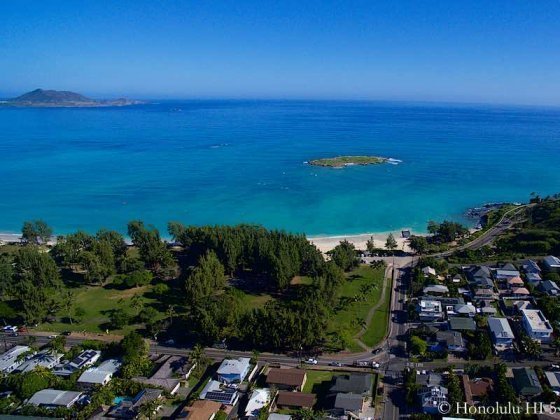 Kawailoa Kailua is one of those fantasy neighborhoods that, in rare instances like this one, actually exist. Running along the bottom of the Kailua Estates and Country Club Knoll communities, the homes rest on land that's right up against Kailua Beach Park itself. Every day here begins and ends with the sound of waves coming in to one of the most beloved shores in the world.

As you can imagine, this is not an extensive neighborhood, so the limited inventory in such a spectacular location makes Kawailoa real estate very exclusive. Availabilities are few and far between. Would you leave if you lived here?

The north and south limits are almost the same as the Beach Park, with Beachside above and Lanikai below. As a resident you can walk to Lanikai's magnetic sands any time the urge strikes you. Few can claim that privilege.

The Homes of Kawailoa Kailua – Old Hawaii Style, Newer Home Luxury
A drive around the few streets that make up this area will amaze you with the range of ages in the homes. Some of the old kamaaina houses still remain where they were first erected decades ago. More commonly, you'll see residences with vintages within the last thirty years. Few, though, clash with Kailua's prevailing love of a simpler luxury & elegance.

The lots aren't the largest in town, but bigger than you'd expect, going from 5,000 to 9,000 sq ft. The most recent Kawailoa homes for sale have gone for $1M to $2M, pricing that could well have gone higher for such a world-class location.

A last small surprise are the 2 townhome communities, The Windsurfer and Outrigger at Kailua Beach, both with two story units. Each have floor plans that are very generous with 2 to 3 bedrooms.

House or townhome, you'll notice the difference in your days when you move into Kawailoa. After all, in some neighborhoods you just live. Here, on the very edges of this beloved beach, you just might feel you've finally come alive.