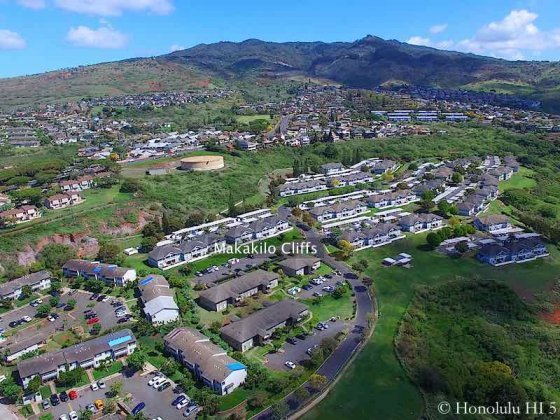 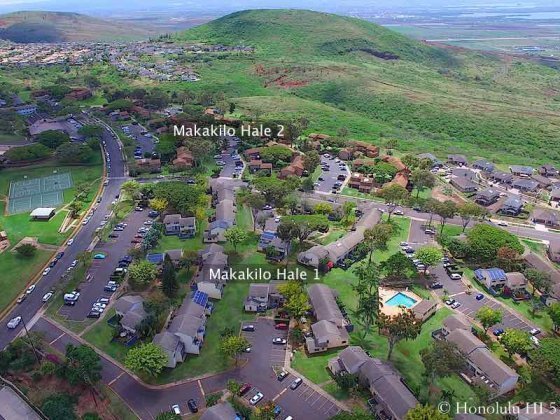 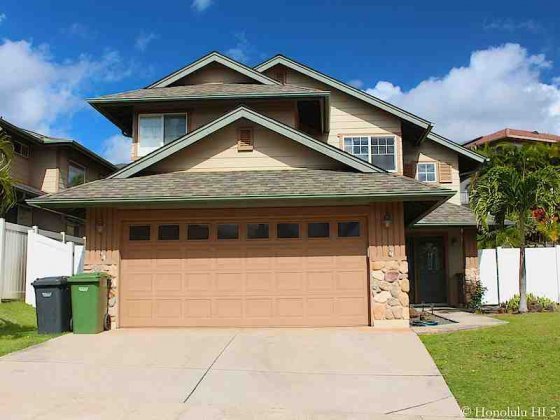 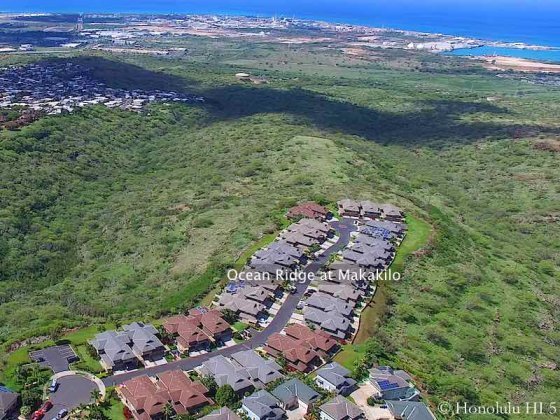 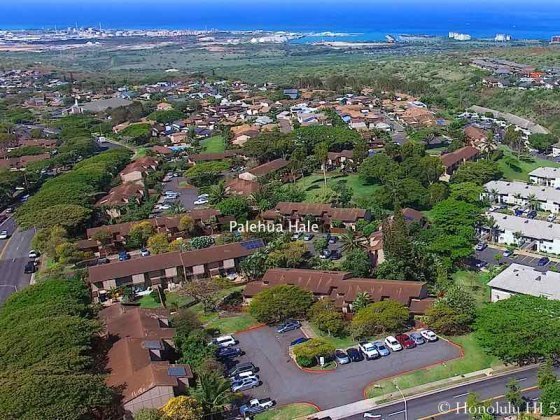 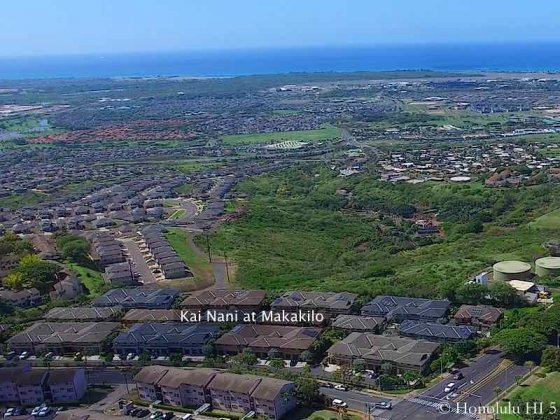 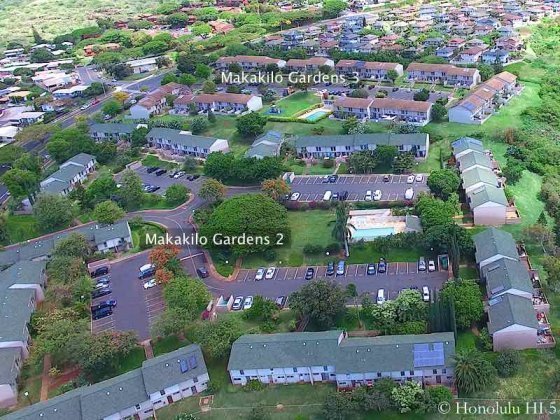 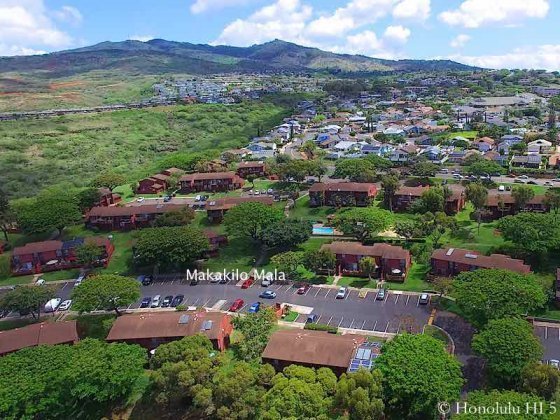 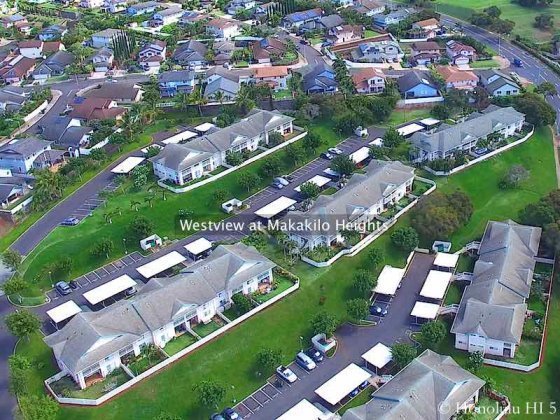 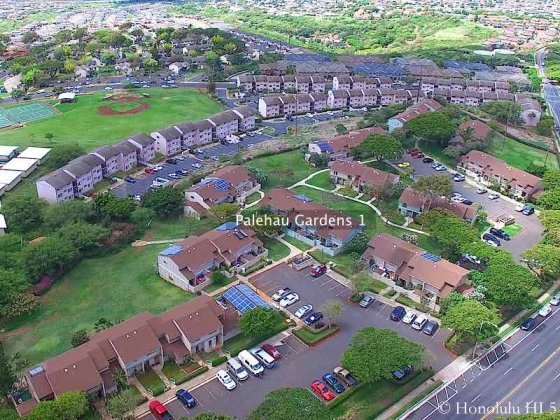 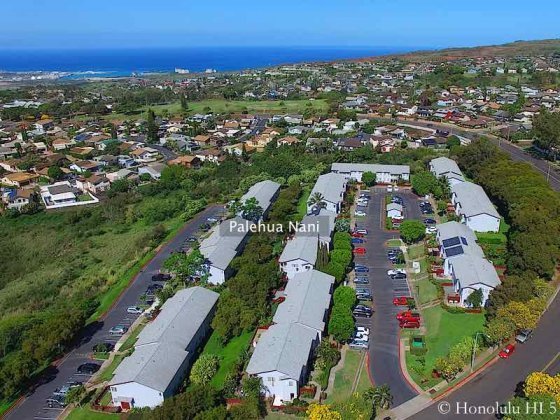 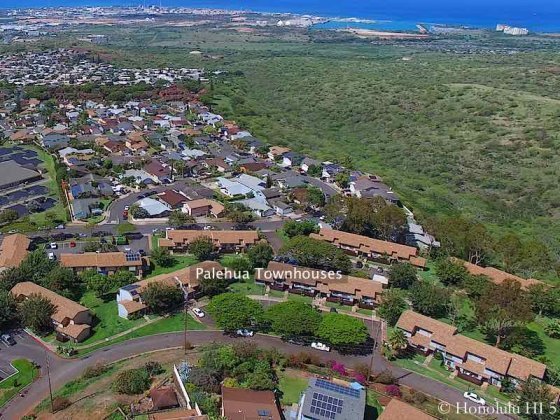 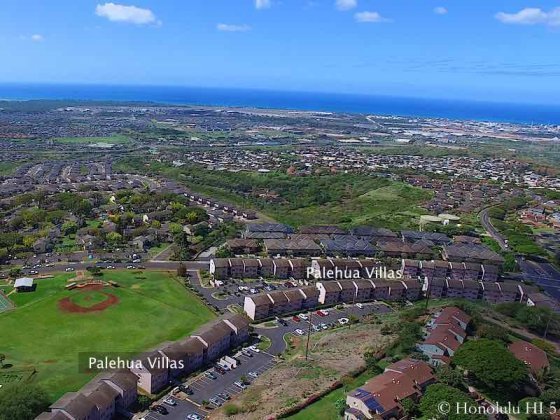 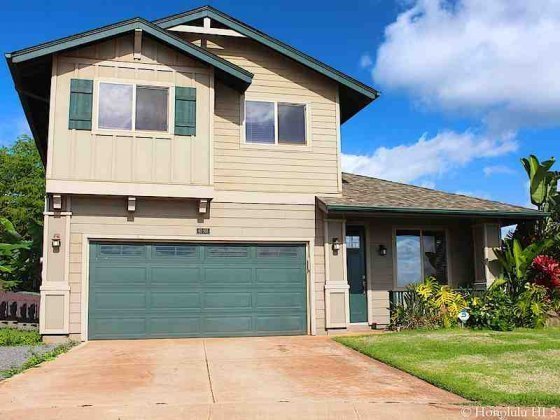 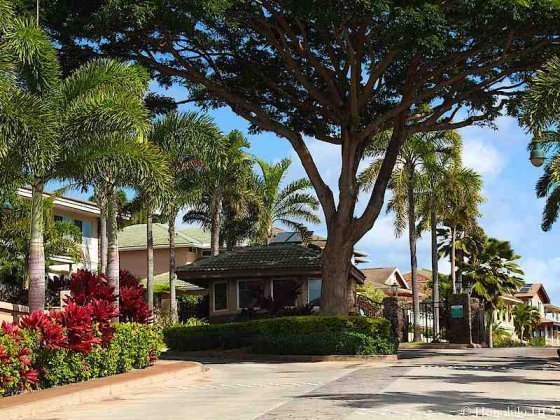 About Makakilo Townhomes & Condos
Though Makakilo begins at the foot of the hills, just on the other side of the highway from Kapolei, it quickly climbs up those heights, so most of its homes sit high above the Ewa plain. Townhomes and condos in Makakilo have been an integral part of its development from the start, becoming a large percentage of the residences here.

This is immediately clear from looking at different developments that represent not just the march of this build-up, but how it's taken varied shapes at all levels of the hillside.

The Makakilo Hale, for instance, were built in the mid-1970's well up the mountainside, just below Mauka Lani Elementary School. Both feature roomy 2, 3 and 4 bedrooms layouts with 212 total units between them. Their vintage shows it was clear even in the earliest stages of Makakilo's build up that the condo model would find significant growth here.

Though the Hale homes' exteriors are a little plain, in keeping with the time of their building, later additions, such as the Westview at Makakiolo Heights townhouses, built in 1994, show a new concern with design.

These units, higher up the hills and to the west, have brightly colored buildings, white fenced stairways and tropical plants throughout, reflecting both their time and a catering to a higher price range. The ocean views and sweeping vistas from these levels doesn't hurt either, laying out miles of both Oahu and the Pacific swells before you.

The newest homes aren't necessarily at the top, however. DR Horton, Schuler is now adding a new neighborhood, Makakilo-Kahiwelo toward the base of the hillside, mixing both houses and townhomes together in another subdivision also geared to a higher end, though not the highest, for those seeking generous dimensions near, but not in, booming Kapolei.

The common thread of all these residences is that, for most, a yard, lanai, deck or sometimes even all three are included in the bargain. At a certain height, it also can mean an incredible outlook that can take in Diamond Head sitting miles away to the east. Your vantage point can be that good.

The open landscape of Makakilo has been developed, but never to the point of living shoulder-to-shoulder as in urban Honolulu. You reap the benefits of the Ewa lifestyle and expectations, built upon open spaces, larger lots and wide horizons.

You may also be interested in....
Kapolei townhomes, Ko Olina townhomes, Ewa Gentry homes or all Ewa Beach townhomes. Alternatively, expand to search all Oahu townhomes for sale.