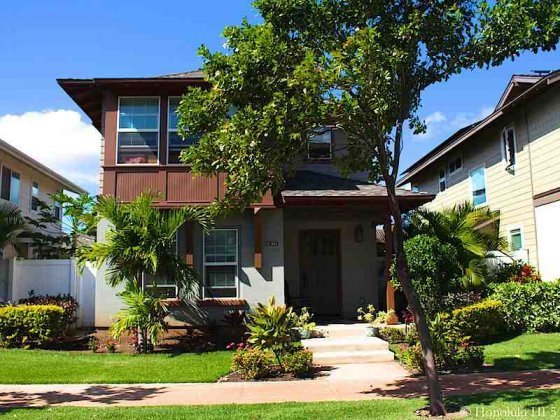 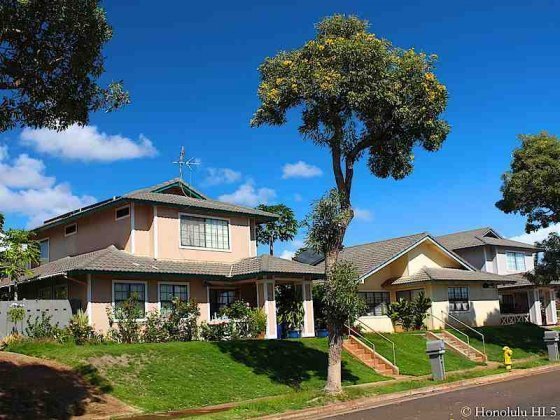 Note: This page shows all townhomes & condos for sale in Ewa Plain, which includes townhomes from 8 neighborhoods we have created: Old Ewa Beach, Ewa Villages, Ocean Pointe, Hoakalei, Westloch Fairway & Estates, Ewa Gentry, Kapolei & Ko Olina. We refer to this region as "Ewa Beach" since the majority of properties are within the Ewa Beach zip code (except Kapolei and Ko Olina).

About Ewa Beach Condos & Townhomes
Though the Ewa Plain real estate district built its reputation on the foundation of being affordable, developers have now broadened their focus so you can find properties today at every level of the condo market.

If you begin in its western side of Ko Olina, you'll find where high-end townhomes and condo communities have truly begun to flourish. The oceanfront properties of Kai Lani, the Old Hawaii style townhomes of Coconut Plantation or the condo towers of the Beach Villas at Ko Olina are a few examples of the resort lifestyle you can live here, every day of the year.

The isolation far from the concrete sprawl of Honolulu brings a solitude and peacefulness that is getting harder and harder to find on Oahu. It's a luxury oasis, where golf carts are sometimes more common on the roads than cars.

Going east into Kapolei takes you into a clearly more built-up landscape, with numerous shopping centers and big box stores. Though a work-in-progress, there's no question this is an urban center coming to life.

That doesn't mean high-rise living, though. Kapolei townhomes have consistently kept to a 5 floor limit almost across the board. The open spaces of this part of Oahu are important to both residents and planners, so that probably won't change too much. There are many townhome communities spread throughout the town as well, another reflection of the desire to keep the horizon uncluttered.

Almost all of these residences have been built within the last 2 decades, many just in the past few years. That, combined with its role as the center of shopping and activity for West Oahu, makes it a very attractive place to be.

Just south is Ewa Beach, which, like Kapolei, has seen huge growth. Condos in Ewa Beach are also in the low-rise category, most sharing the same recent vintage, and typically referred to as townhomes. The original Old Ewa Beach area is an older, more established neighborhood than Kapolei, with some residents who've have roots in it since the plantation era.

Generally, Ewa Beach townhomes and condos are a little more affordable than Kapolei, though you'll find variations in both, including some built around golf courses, that fulfill the upper side of the market.

The Ewa / Kapolei townhomes remains more affordable than condos in Honolulu, on average. Today, that isn't the only selling point, as development has grown to cater to every variety of buyer, from the young, 1st home shopper to the retiree ready to finally fill their days with some of the finer things.

You may also be interested in....
Makakilo townhomes, Kapolei townhomes or Mililani Mauka townhomes. Alternatively, expand to search all Oahu townhomes for sale.