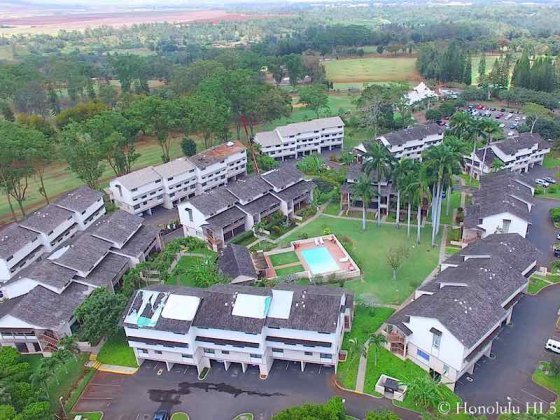 About Mililani Town Condos & Townhomes
Mililani Town condos and townhouses fall right in line with the original vision for this community as an open and family-focused suburb right in the center of Oahu.

Because the plan began with single-family homes in 1969, the earliest of these communities weren't built until the 70's, though almost all of those in the early and mid-years of that decade. After that, few additions in this sector of Mililani Town townhomes were made until the 1990's. Numerous properties were built in those years, creating many new residences.

It's important to understand that the few true condominiums that exist here were raised in the 1970's and all in the Woodlands area. It's the only place you'll find multi-story residences within the town's borders. All of them, including prominent examples like the Waikalani Woodlands and Northbrook Melemanu, come with full amenities such as a pool, barbecue areas and more.

You'll find mostly townhomes, however, throughout the rest of the city as they fit the preferred local skyline much better. That means 2 to 3 story multi-building walk-ups, most of them in a style that's reminiscent of the plantation style, in line with the history of this area.

One of the more recent, and most popular, of these are the Woodcreek townhomes. 2 to 4 bedrooms, with from 1,167 to 1,658 sq ft interiors, they have a lot of fans for good reason. Another in-demand residence is the Mililani Pinnacle with its enviable amenities, including a putting green, and 2 to 3 BR units with from 1,283 to 1,549 sq ft floor plans.

Remarkably, even the older communities, like the Hokuala Hale, opened in 1974, have large interiors, starting at 1,256 on up to 1,636 sq ft within 3 & 4 BR residences. It shows that from the beginning, these were intended to house parents and keiki.

Not every Milani Town condo or townhome has a full menu of recreation options or such large layouts, but they all can give you an environment that's envied for its uncrowded spaces, large park areas and catering to families, fulfilling the plan that created this place.