A Day in Kapolei 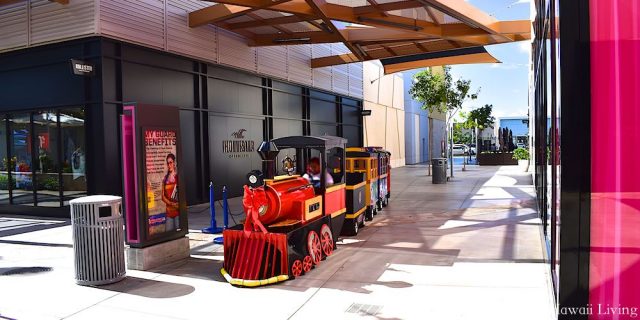 Your arm hits the alarm clock button. It’s time to get up. You take a minutes to orient yourself as you put your feet on the floor of the master suite you share with your better half. It’s still quiet upstairs in the 3 bedroom Luakalai St house in Kapolei you bought new in 2012. 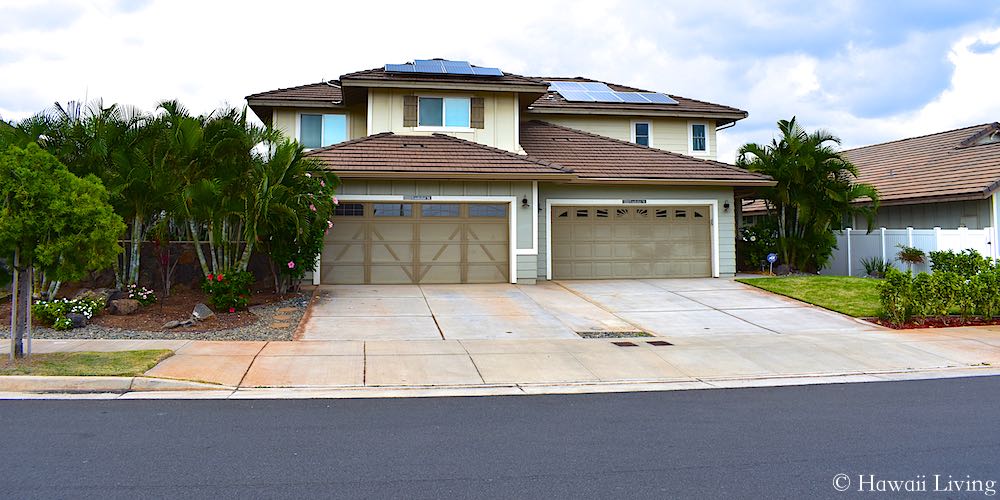 Your mother (Tutu) and your 16 year old daughter have the other two bedrooms in this home that has a fenced-in backyard, something you’ve always wanted, along with a lot of green features that do a nice job of holding the energy bill down.

Normally you wouldn’t be up this early on a Saturday, but you promised your daughter you’d all go to the Ko Olina lagoons for a little swimming and beach fun. This way you’ll be able to beat the crowds and get back to take tutu to work. Win-Win.

Wading into the waters that are definitely cooler at this hour takes a little willpower, but the beauty of this coastline, the clear, calm waters of the lagoon and a few strokes are enough. There’s no denying coming here was a brilliant idea. You could float here forever.

The sun noticeably strengthens, embracing you warmly and bringing the full vista of the resorts around you to light. You’ve eaten at many of their restaurants and even taken a staycation or 2 at Aulani. Nice to have world-class leisure options on your doorstep, with more set to be added soon.

The minutes pass too quickly and it’s suddenly time to get back. You’ve budgeted a little more than 20 minutes to travel the 6 miles or so back home and that proves to be about right.

Tutu is sitting in the living room, ready to go. You promise to be quick, heading upstairs to change clothes.

WORK & SCHOOL IN KAPOLEI
Before you leave you make sure your daughter knows she needs to get here homework done before going out anywhere. The inevitable moans keep coming even as the door closes and you’re safely outside. Her education is important to you, so you ignore it. One of the reasons for moving here was the new schools, with modern, well-maintained facilities. 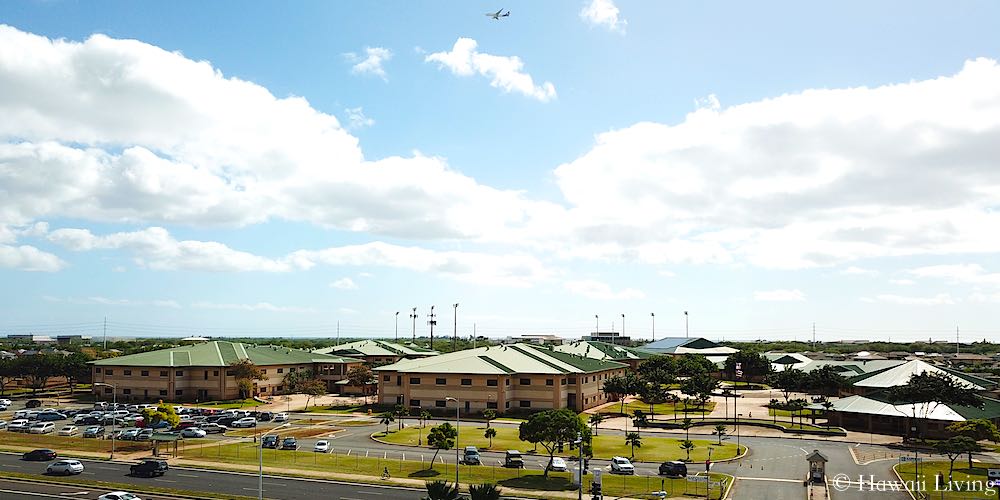 By the time the move was made here your little one was ready for Kapolei Middle School. Now she’s a junior at Kapolei High School. KHS opened in 2000, a few back years now, but it still makes it the youngest in its category in Hawaii.

In fact, Hookele Elementary opened just over your backyard fence in 2015. Too late for your daughter to attend, but who knows? Maybe a 2nd child or even a future grandchild might go there.

Those thoughts can wait for now. Tutu needs to get to Costco on time for her shift. She loves working there, giving her not only a paycheck but a social outlet as she helps customers, many of whom are friends now. She gets a pension from her many years working for the State, but the benefits and income she gets here don’t hurt. 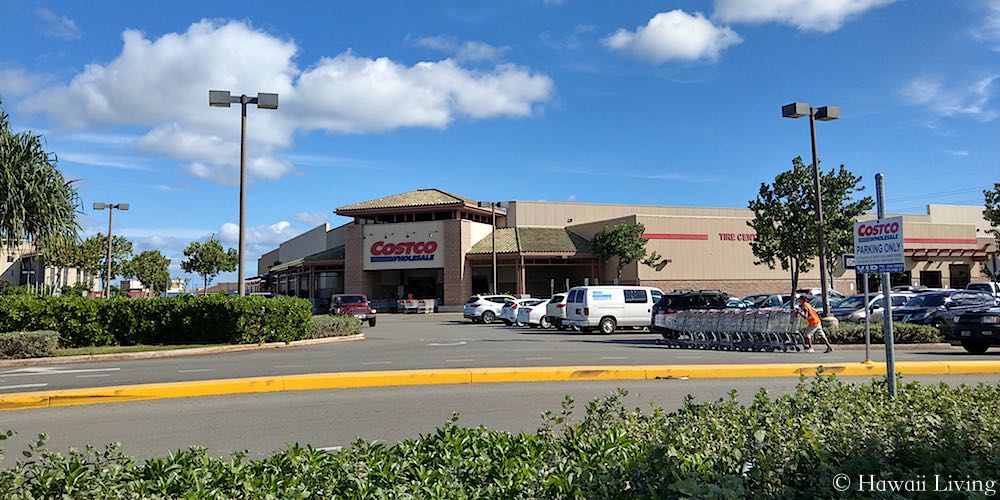 It’s just under 1 ½ miles there, but Tutu is a stickler for being on time. When she’s ready to go, you better be too. You drop her off and give a wave as she joins the stream of people going to the open entrance. Now you can head over to Kapolei Commons first, which is practically next door, just past the Home Depot that has saved you more than a few times.

SHOPPING IN PARADISE
It’s so good to have all this shopping close by – and with a lot of parking, too! Things were already good before the huge Ka Makana Alii mall opened on the east side. Adding its 100+ stores and eateries to your town wasn’t the icing on the cake so much as it was like being given another entire cake to eat! You still haven’t had a chance to really check out the Ka Makana mall yet, but it’s just a matter of time. 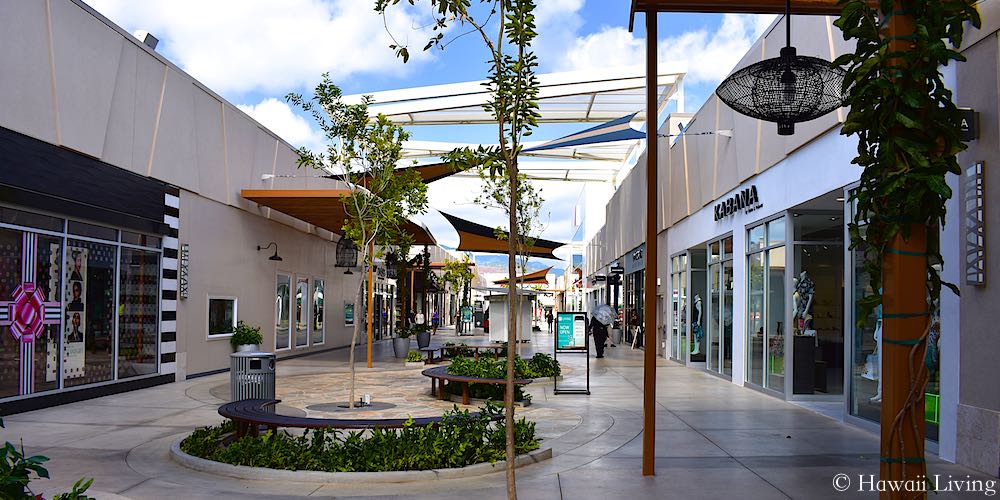 Kapolei Commons, along with Village Center and Kapolei Marketplace/Shopping Center and Walmart, balance things out by all being on the west side of town. You can’t lose, no matter what direction you go. All of that is within 2 miles drive from your home.

For now you’re making stops at Ross & TJ Maxx to find something for your partner’s birthday that’s coming up. You want to find some clothes from some of those labels they like, but at a more friendly price. It takes a little hunting, but you find a few items from both stores that you now will be a hit. The feeling of relief feels very nice on your way our of TJ Maxx, the movie theater across the way catching your eye.

Mental note to check what’s showing when you get home. No time now as you walk past Target and stride into PetCo. Your poi dog is out of those special treats he likes. Again. Maybe if tutu didn’t give her so many…

The drive home takes only about 10 minutes, another set of errands done you think as you pull into your driveway and coast slowly into the garage. The first steps into your house are always pleasure, the split A/C providing a refreshing hug, a feeling especially welcome after a long commute home from work.

Walking through the door and into the kitchen, you can hear your spouse giving your daughter a little encouragement to stick with the math problem that’s giving her some problems. A resigned thought pops into your head, ‘Still not done, I guess’.

That’s okay. It’s getting toward lunchtime so, since everyone else has had something, you’re going to make a sandwich and enjoy it in the living room. Her room is a better place to concentrate so your high-schooler can be heard heading upstairs where it’s quieter.

KAPOLEI: THE FAMILY FUN CENTER OF OAHU
You’re sure she’ll get it done because one of her best friends is having her birthday party later. The friend always has a big celebration. Last year it was Wet ‘N’ Wild. This year it’s happening at that huge K1 Speed indoor karting place. You didn’t have anything like that as a kid. Your big deal was going to Farrell’s. 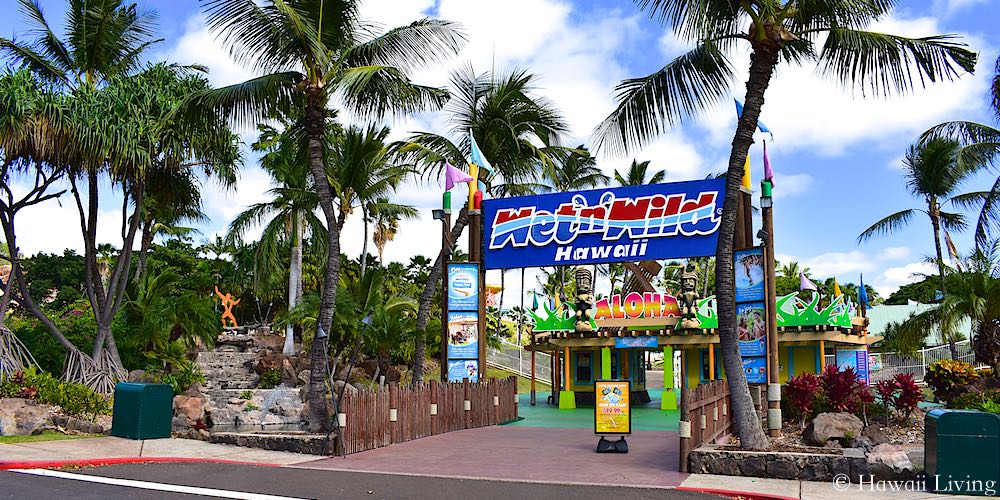 It’s incredible what you can do in Kapolei now for recreation. The Kroc Center is just over the Ewa Beach border, is nothing short of a recreation/community center on steroids and there are all kinds of organized outdoor sports leagues for the keiki. You know because you’ve been to all kinds of soccer and softball games to cheer on your kid.

Then you’ve got indoor options like that K1 place, 808 Futsal and even iTrampoline. That last one still boggles your mind, with its warehouse sized bouncing floor and all the games you can play on it. There’s no other place in Hawaii that has anything like those. 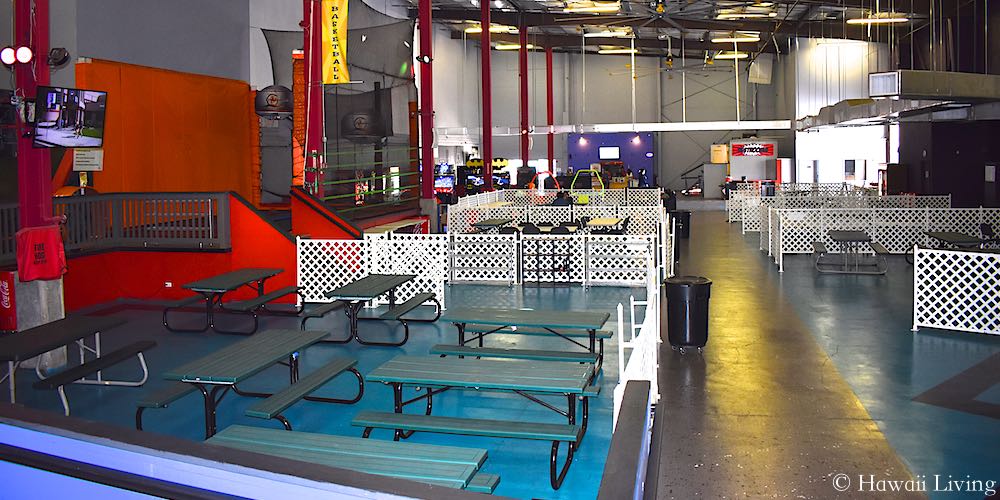 It’s no wonder that all exists in Kapolei. It’s not just the available space. Your neighbor mentioned just recently that 51% of people here are married with children. Honolulu? 31%. The 2nd City takes Hawaii’s family-centered culture to another level and that’s exactly what residents want here. Including you.

It’s getting to mid-afternoon and you realize the snack you had is a distant memory to your stomach. Your spouse doesn’t want a big meal, but they could eat something. ‘How about that Sprig’s Grille your sister was talking about?’

You’ve actually heard from a few people the food was great, so it’s time to check it out. Don’t know why you haven’t yet. Probably because you have so many choices locally, from hole in the wall pho places to high dining at Ko Olina, and you’ve got only so much time.

The huli-huli chicken tacos are as good as advertised and across the table your ‘not that hungry’ partner has polished off a plate of kalbi steak fries, stopping the waiter to order the macadamia encrusted mahi. From there it’s an easy decision to split their pineapple upside down cake for dessert. You spent longer than you intended here, but that’s what weekends are for, right?

5:30PM. You’ve been home for a little bit, letting your meal digest, but it’s time to take your daughter to K1 for her friend’s party. She’s going early to help set things up ahead of time. It’s just a little over a mile and a half makai to the place, so it’s an easy trip. She’ll be getting a ride home, so you won’t have to worry about coming back to get her later.

THE ROOM TO FULLY LIVE THE LOCAL LIFESTYLE
Tutu’s quitting time is coming up now, but it’s no hurry. Costco is almost the same distance from here as your home. The car is backing into a parking space in front of your destination after an 8 minute drive that feels longer because you keep wondering whether your half-listening teenager actually will call if the party goes past 10PM.

Tutu checks out while you go grab some things from the meat section, along with a couple of bottles of wine. Friends are coming over for a little barbecue.

You get home just in time to start up the bbq on the lanai and throw some of the meats on when the couple you invited arrives. Nothing beats cooking up some good food in the cool Hawaii night and sharing it with good friends.

By the time things end, you’re ready for bed and so is your spouse. You daughter calls to ask if she can stay another hour. You’re so ready for sleep that you don’t argue. ‘Sure, hon. But come right home at 11PM’. ‘I will!’ she says, though experience tells you that’s not necessarily a hard promise.

Right now, though, it’s bedtime. Tomorrow you’re going to take it a little easier and stick to home base, maybe get some projects done around the house. Or maybe try that Thai place your friend told you that you had to check out. You’ll decide in the morning…