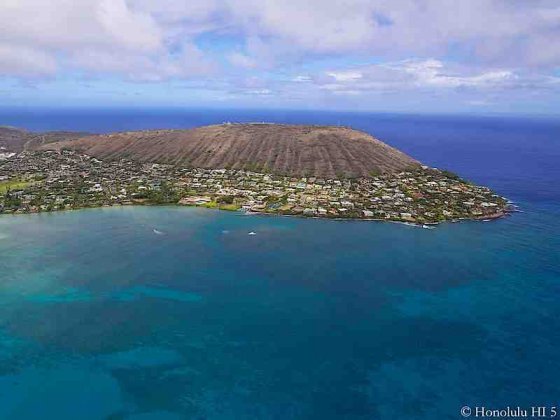 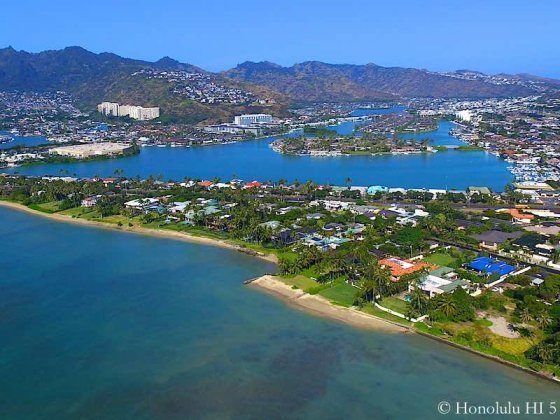 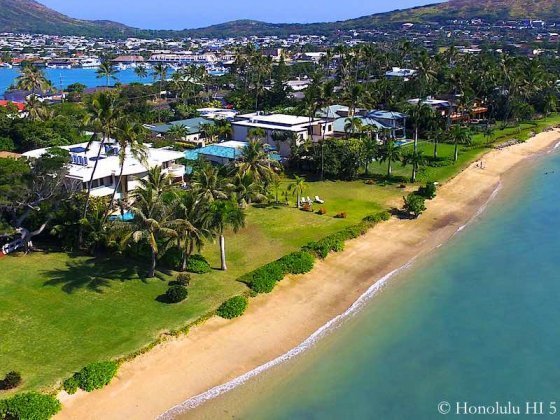 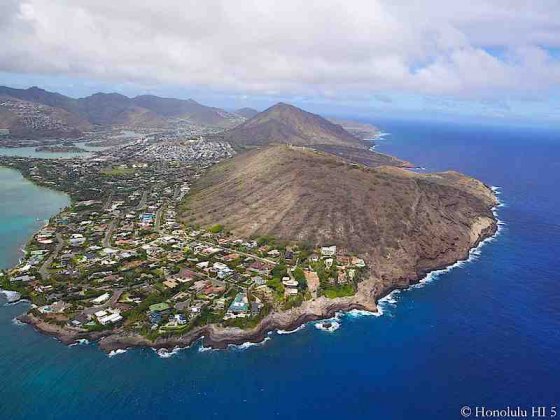 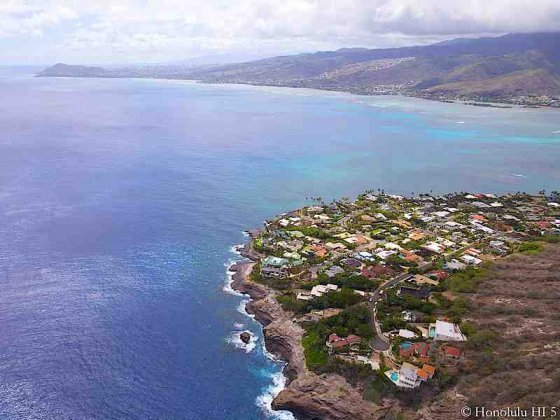 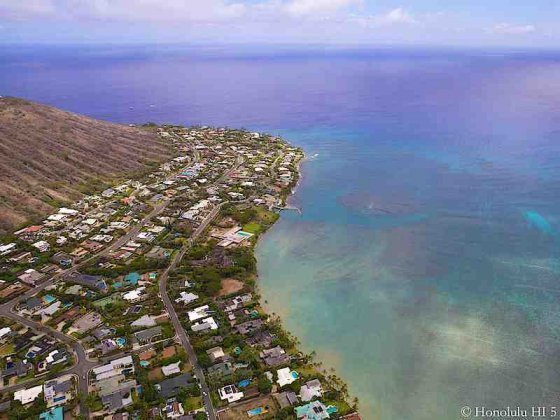 See our video flying by oceanfront Portlock homes and another video of Koko Kai homes.

About Portlock
Portlock is the premier residential oceanfront neighborhood in the Hawaii Kai region, located at the base of Koko Head, consisting of about 120 properties - a mix of older well-kept single level homes among newer stunning luxury estates. Portlock homes for sale are typically valued from $1.5M for a fixer-upper to $15M plus for the utmost luxurious estates and sit on generous sized lots ranging from 11,000 sq ft to 1 acre plus, making it some of the most sought after real estate in Honolulu.

Insight to Portlock Homes
Only about 40 Portlock homes are directly on the ocean, well situated and protected from off-shore winds, enjoying a picture perfect westerly sunset view across Maunalua Bay with the striking Diamond Head Crater in the distant center. The most notable property on the ocean is the sprawling, tropical and grand 5.5 acre Kaiser Estate with private boat harbor in the 500 block of Portlock Rd, formerly owned by Henry Kaiser, industrialist and developer of the Hawaii Kai community.

To the surprise of many, the real estate in Portlock only includes the homes on Portlock Rd and about 8 properties along the oceanside of Kalanianaole Hwy. Blending together seamlessly, the adjacent Koko Kai and Triangle neighborhoods are sometimes mistaken as belonging to Portlock. Together these 3 neighborhoods form a pleasant desirable quiet community of wide gently rolling streets with modest west facing elevations, protected from easterly trade winds, wrapping around the base of the imposing Koko Head.

Koko Kai is home to about 130 properties along Poipu Dr including and south of 274 Poipu Dr, as well as adjacent streets Lumahai Pl, Lumahai St, Poipu Pl and Hanapepe Lp. Koko Kai homes for sale are typically valued in the $1.5M to $5M range and feature some dramatic cliffside estates with stunning sunset and ocean views.

Triangle, just north of Koko Kai, is home to about 300 properties on the oceanside of Kalanianaole Hwy, including Kalalau St, Nawiliwili St, Polihale Pl, Makaweli Pl, Makaweli St, Poipu Dr north of 274 Poipu Dr, Lunalilo Home Rd and Pilaa Pl. The majority of Triangle homes for sale are valued in the $1M to $3M range.

Both Koko Kai and Triangle association design guidelines differ from Portlock’s, including additional building height restrictions of 16 ft from the highest corner of the buildable footprint. Allegedly, and controversial, a couple of homes might have set precedent and built beyond the allowable height limit.

There are 3 parks in the Portlock, Koko Kai, Triangle community, including well-known Koko Kai Beach Park, a great place to enjoy sunset picnics above the popular and daring China Walls surf spot.

Portlock History
This part of Oahu was once the site of ancient Hawaiian fishing spots, which they kept secret and passed on through generations.  Now it is an upscale neighborhood named for Nathaniel Portlock, a member of Captain Cook's crew for his 3rd, and last, voyage. Portlock returned to Hawaii as the captain of his own ship, becoming the first European to sail into Maunalua Bay.

He only did some brief trading with the islanders, but did record that this part of Oahu was not well populated, probably due to a lack of freshwater sources.

Portlock has been prime real estate for some time due to the vista of both the bay & Diamond Head residents enjoy. Still, most of the original Portlock houses weren't built until the 1940's & 50's. What put it truly on the map, though, was Henry Kaiser's arrival in Hawaii during the later phase of that development.

Built to please Mrs. Kaiser, it featured a pink mansion plus 2 oval houses to hold her many pink poodles. In the greenhouse? Pink roses. The Kaisers entertained a constant stream of celebrities here, filling the society pages on a weekly basis. The Kaisers may no longer be with us, but the allure of Portlock's real estate hasn't diminished one bit. After them, this neighborhood had a new, high profile that it still enjoys.