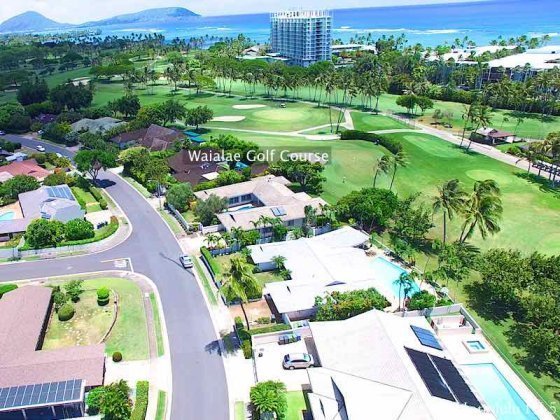 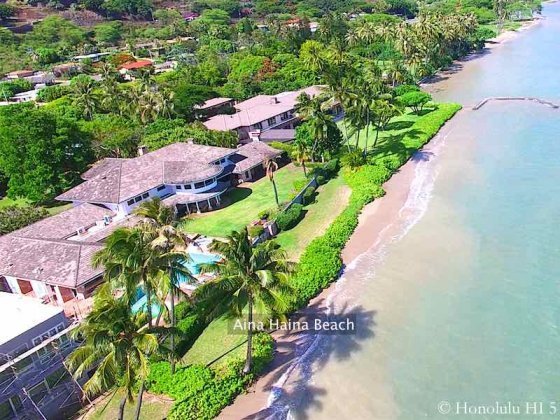 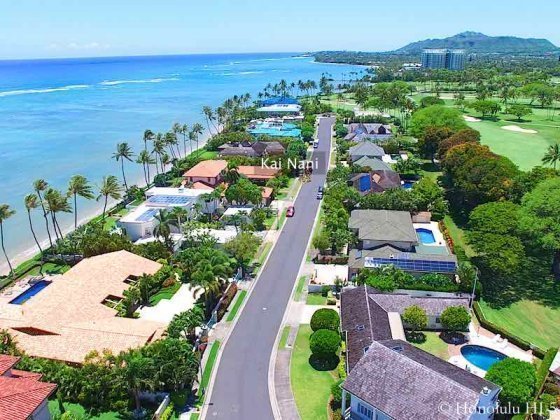 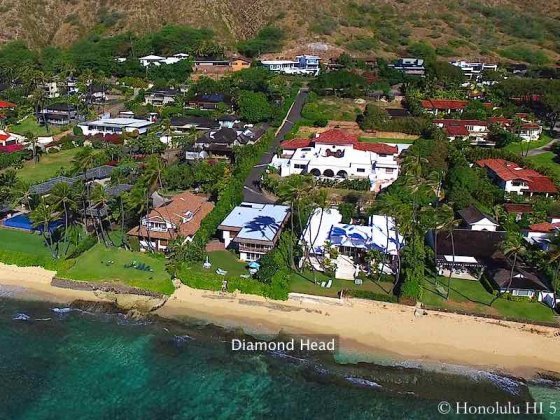 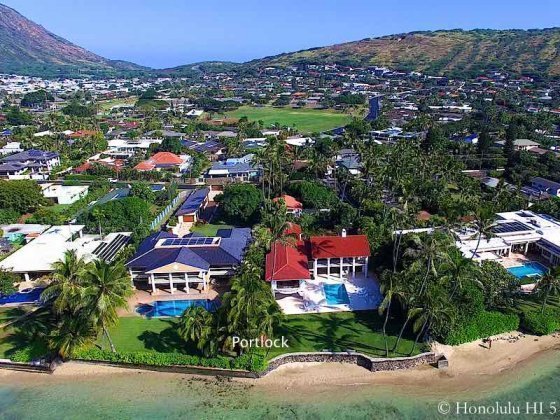 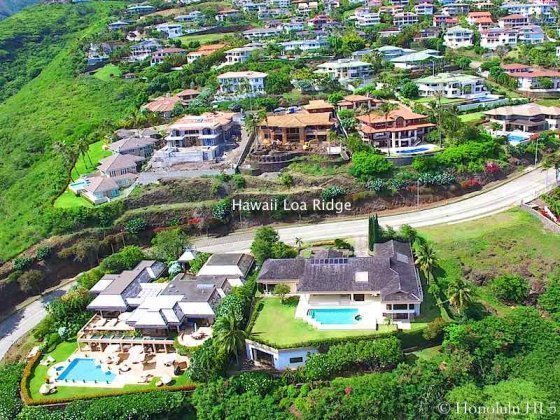 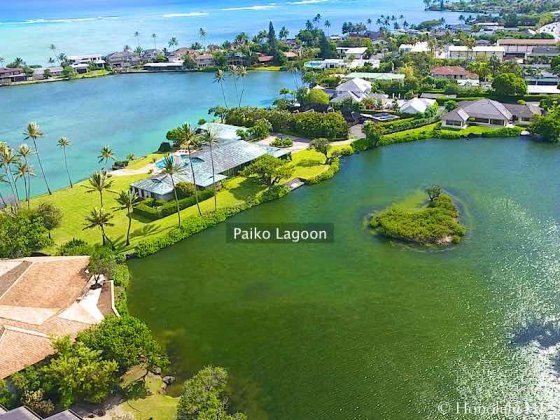 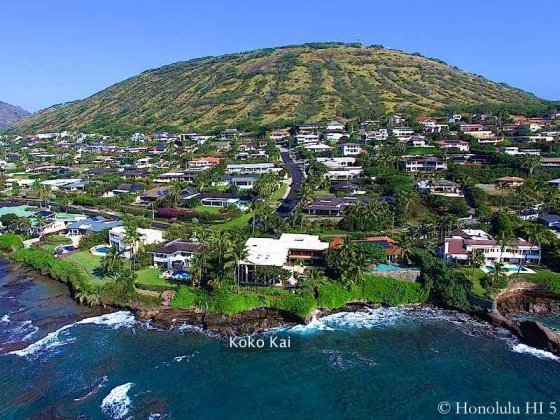 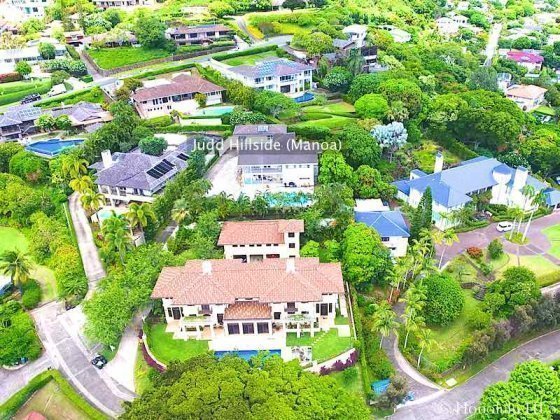 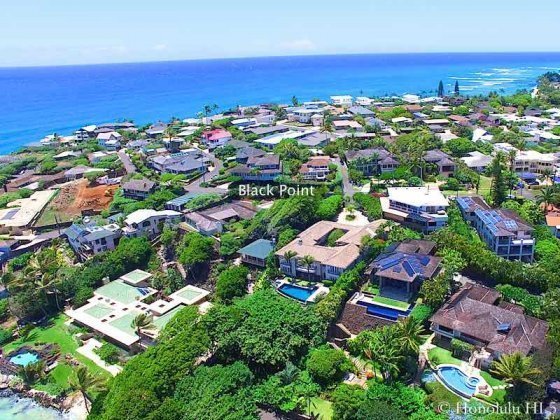 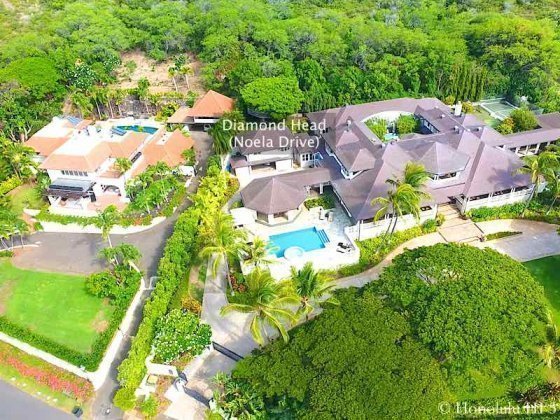 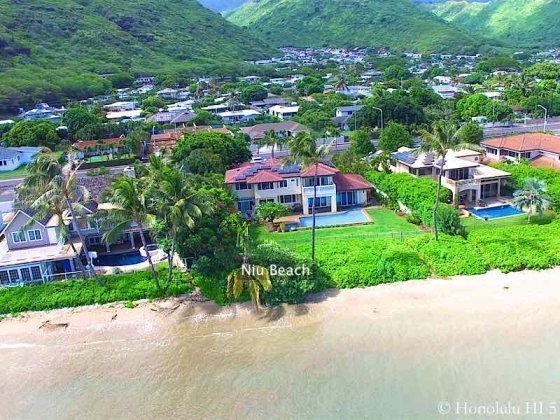 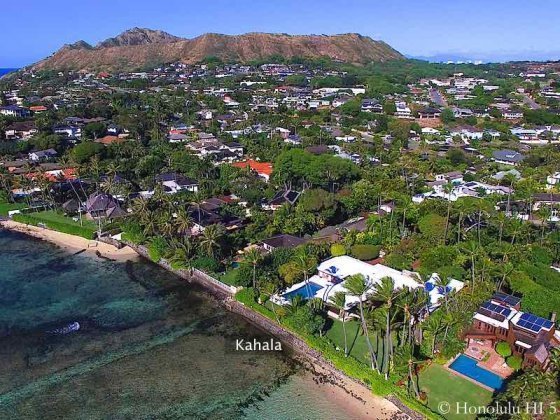 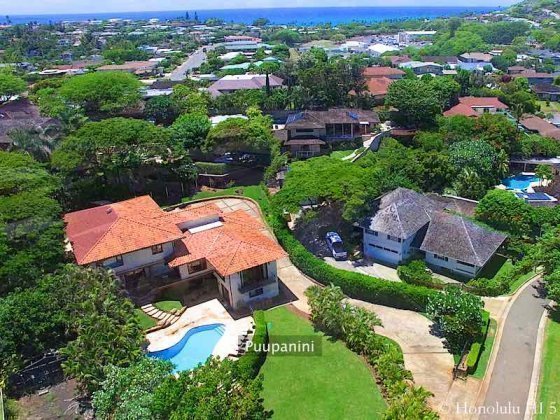 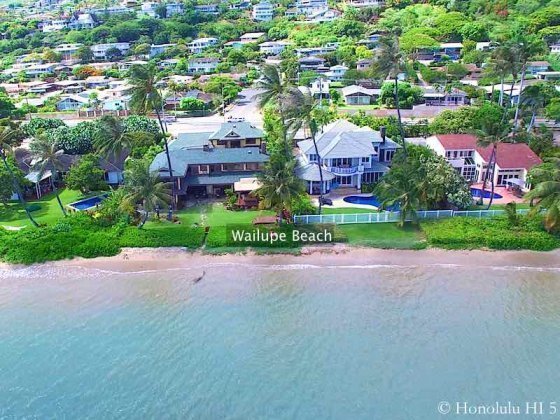 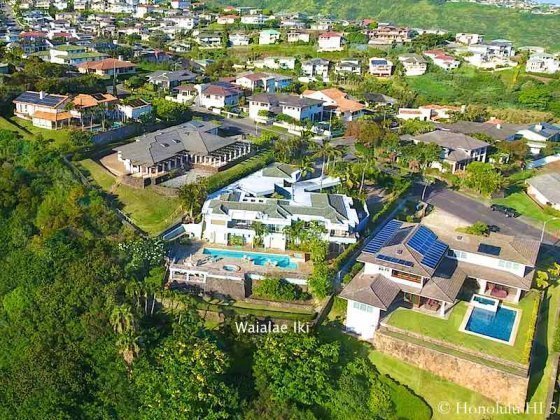 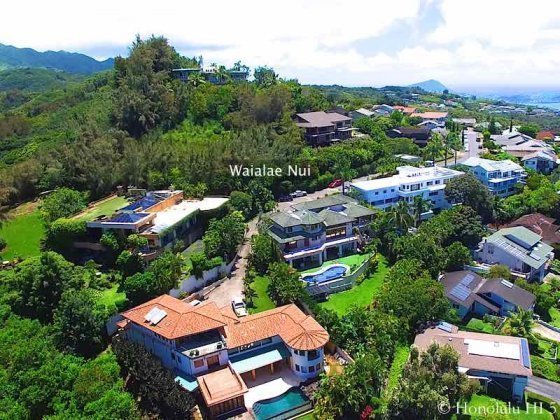 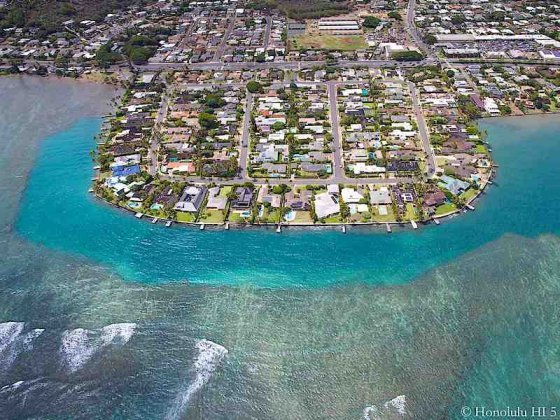 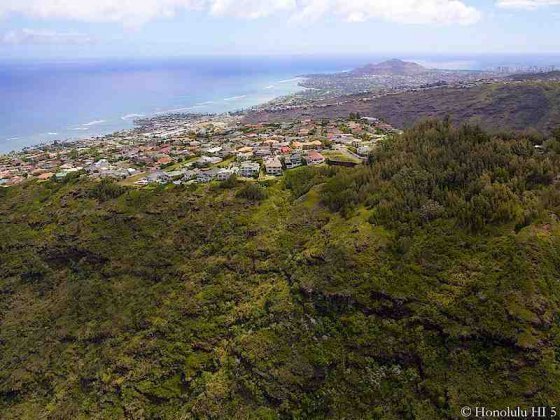 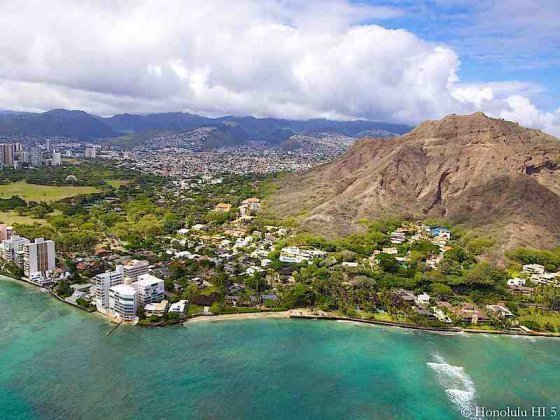 See our video of 9 luxury homes in Honolulu.

About Honolulu Luxury Real Estate
Honolulu's luxury homes aren't what you'd expect if you're accustomed to the Mainland market. What will leap out at you most of all is how vintage homes make up a good share of the landscape. Though they certainly don't dominate most high-end neighborhoods, but they do stand out and sell quickly, buoyed by their uniqueness and picturesque architecture.

Those classic kamaaina houses of Manoa, Kahala and other neighborhoods have not only retained their value, they've emerged as a preferred choice for many high-end buyers. Modern and newer homes in Honolulu are in high demand as well and they make up the greater share of real estate for sale at this level. The cutting edge comforts they promise have their own loyal fans, too.

Another aspect of this area to know is that it extends far beyond just beachside properties. Some of the most fashionable Honolulu addresses draw their power from the magnificently sweeping views of both the Pacific and the city's twinkling lights they savor from high up on the hills. You'll find the riches of the Island don't exist only at sea level.

There's much, much more to know than this, of course. Each of Honolulu's luxury neighborhoods has its own unmistakeable attractions. Some obvious, while others are revealed only to close examination. Join us in our journey through these upscale communities and learn what hidden treasures lie on the streets in - and above - Honolulu!

Diamond Head
Come where Royalty spent their days of pleasure. The 650 or so exclusive Diamond Head homes represent some of the finest and most luxurious real estate in Honolulu, with about 60 homes right on the ocean, along a 2 mile stretch of spectacular white sandy beach. The real estate in Diamond Head has many different facets, with some charming historic homes on smaller lots close to Kapiolani Park, built as early as during the 1920’s, and some grand estates on fine streets like Noela Drive, Noela Place and Diamond Head Circle.

Black Point
Black Point is an exclusive neighborhood of approximately 75 homes elevated on an oceanside black lava rock knoll. The ocean views of several of the Black Point homes are stunning and some of the most amazing in Honolulu, with waves crashing against the cliff.  About half of the properties are located behind an unassuming secure rod iron gate at the top of Black Point Rd. Exclusive to the owners behind the gate, at the bottom of a narrow road, a salt water pool literally hangs on the ocean’s edge. The first properties were built during the 1920’s. A mix of charming older properties with large scale newer luxury Honolulu houses make up the area.

Kahala
Kahala is considered the Beverly Hills of Hawaii, offering some of the most expensive and luxurious residential real estate in Honolulu. Early Kahala real estate development began in the 1920’s with a more extensive build-out during the 1950’s and 1960’s. Kahala homes is today a mix of charming older ranch style homes and newer large two story luxury estates. Unless you're on the ocean, the houses don’t offer a lot in views. There are only about 40 oceanfront properties on the 1 mile ocean stretch along Kahala Avenue.

Kai Nani
Kai Nani is a charming coveted beachfront and golf course neighborhood of about 30 fine homes in Honolulu. Most houses either border either the golf course or a quiet and peaceful stretch of beach. The homes in Kai Nani appear aesthetically well maintained with beautiful landscaping, next to the calming park like golf course and the ocean across.

Wailupe Beach
Wailupe Beach is a luxury oceanfront neighborhood in Honolulu of about 2 dozen beachfront homes along Kalanianaole Highway plus about 120 homes within the Wailupe Peninsula. Simple fishing cabins and weekend homes made up Wailupe real estate as early as the 1920’s along the fishponds of Maunalua Bay. Today, Wailupe Peninsula, juts out proudly into the blue ocean, and is considered one of Honolulu’s finest oceanfront communities with homes located on generous lots along wide and quiet streets. Just over 30 of the Wailupe Peninsula homes are right on the ocean, and about 20 of these properties have boat docks

Niu Beach
Niu Beach is a small luxury beachfront neighborhood of about 100 homes on the oceanside of Kalanianaole Highway. Some of the early homes dating back to the 1920’s were simple fishing cabins along the calm and shallow ocean waters that are protected by an outer reef. About 20 of the Niu Beach homes are located on the ocean, which are the most desirable and luxuruious houses in Niu, offering a rare unique combination of great ocean views, generous lot sizes, privacy, a protective seawall and a deepwater channel to moor your boat behind your backyard.

Portlock
Portlock is the premier residential oceanfront neighborhood in the Hawaii Kai region, located at the base of Koko Head, consisting of about 120 properties - a mix of older well-kept single level homes among newer stunning luxury estates. Only about 40 Portlock homes are directly on the ocean. To the surprise of many, the real estate in Portlock only includes the homes on Portlock Rd and about 8 properties along the oceanside of Kalanianaole Highway. Blending together seamlessly, the adjacent Koko Kai and Triangle neighborhoods are sometimes mistaken as belonging to Portlock.

Waialae Iki
Waialae Iki, known as the original luxury view ridge in Honolulu, consists of a little more than 600 homes located above the Waialae Golf Course. Original developments started in the early 1960’s at the bottom and eventually progressing over 5 phases up the hill along the winding Laukahi Street, including all adjacent side streets. The final phase, at 800 ft plus elevation, is a gated community of about 280 custom homes called Waialae Iki V. Association rules ensure protected view channels for the homes in Waialae Iki, mitigating tree overgrowth and regulating construction activity.

Manoa
Manoa is a charming green valley neighborhood of approximately 1,000 homes. A sense of tranquility best describes the feeling surrounding real estate in Manoa, with residents taking great pride in their close-knit community. Homes in Manoa often have a charming Asian flair reminiscent of the early Chinese and Japanese immigrants that first settled here as early as the 1920’s. Among all of Honolulu real estate Manoa is probably the area one will find the most vintage, classic colonial and plantation style home designs. There are noticeable micro climates within Manoa. The further back you go into the valley, the more precipitation, which keeps Manoa lush green and tropical.

Makiki
Makiki is an older established neighborhood of approximately 500 homes just north-east of downtown Honolulu. Makiki consists of 2 distinct communities: Makiki with mostly modest homes on the flat section hugging the foothills to the south, and Makiki Heights with some luxury Honolulu homes on the hillside above to the north. Makiki Heights real estate boasts a number of luxurious estate properties, offering privacy, serenity and spectacular views overlooking the city and ocean beyond

Tantalus
Tantalus is a hidden lush tropical rainforest neighborhood of about 120 homes favored for it’s cooler, often misty, climate and pristine lush green jungle ambience with tropical flowers and hanging vines, making it one of the most unique areas on Oahu. There is nothing like Tantalus homes with commanding rim lot views set in a cooler mountain jungle climate with exceptional privacy, rarely able to see your neighbors’ home. The residents in Tantalus enjoy a very special tropical ambiance with some of the finest air around, scented with fresh eucalyptus, wild ginger, guava, mango, and tropical flowers.

Dowsett & Old Pali
Tucked away at the top of the town side of Pali Highway, the Dowsett homes and Old Pali homes have preserved the bygone Kamaaina lifestyle in the hills and valleys above downtown Honolulu. Entering Old Pali and Dowsett, you're entering a different world from the rest of the Island. Some homes in the Dowsett and Old Pali neighborhoods still have the small cottages that were used for guests or servants standing on their lands. These are the houses the upper class returned to after a long day at their Merchant St office. Large, with gardens all around, they define the gracious life that never goes out of style.