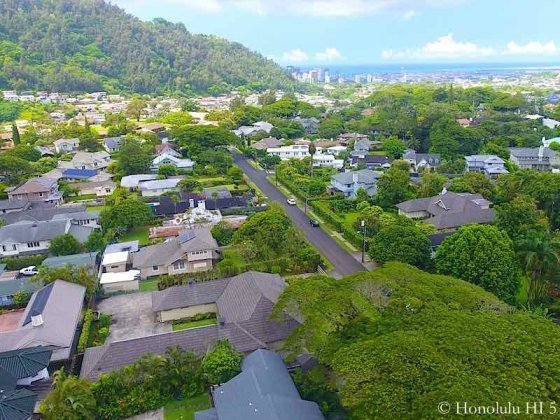 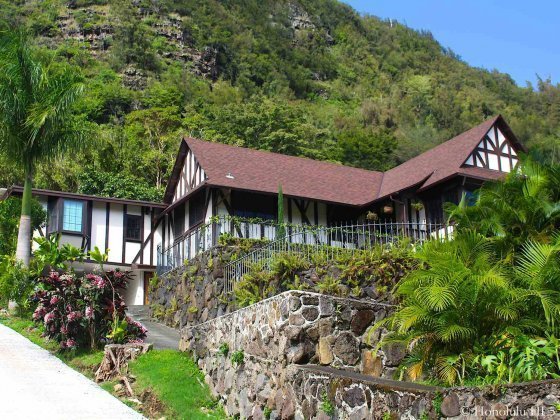 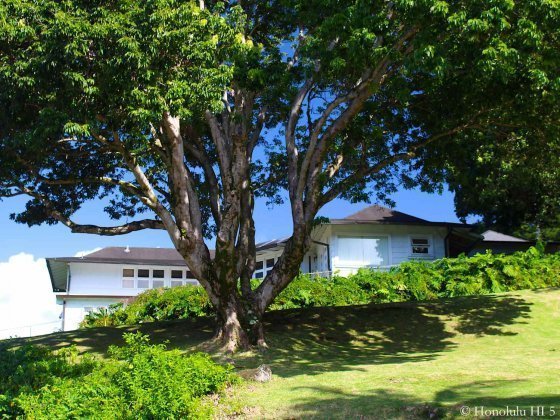 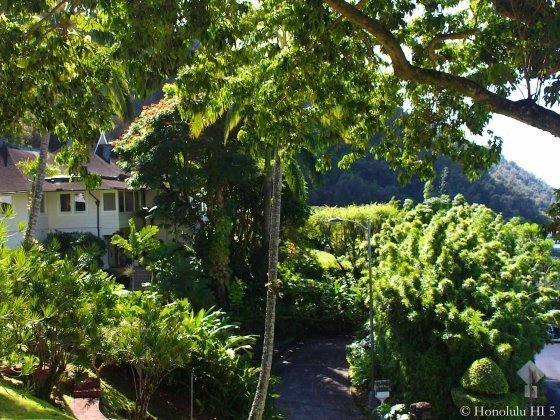 See our video of Dowsett homes.

About Dowsett & Old Pali
For many homebuyers, there's something irresistible about finding a place that transports you to an earlier, more elegant era. That's difficult to do these days in a heavily developed place like Oahu. Difficult, but not impossible.

Tucked away at the top of the town side of Pali Highway, the Dowsett homes and Old Pali homes have preserved the bygone Kamaaina lifestyle in the hills and valleys above downtown Honolulu.

Nestled back here, much of the views of the mountains and surrounding country due to the thick growth that is all around you. Still there are ocean views to be had and they are spectacular. There are no condo towers in these communities. More importantly, from some vantage points, there aren’t any in sight. In many ways, it's just as it was 100 years ago.

Part of that is because of that old growth flora that covers both areas. The roads back here, and many of the homes on them, are sheltered under canopies of trees that cast shade down, accentuating the cooler environment you get up in these heights, as well as providing cover during the rain that falls often.

Entering Old Pali and Dowsett, you're entering a different world from the rest of the Island. A century ago, it was as if the Kamaaina were coming home to a protective green refuge that kept the outside world from intruding. The secret is this - it's still like that.

The other part of it is the fact that these two neighborhoods might have the greatest concentration anywhere on Oahu of homes from the early 1900's. Some homes in the Dowsett and Old Pali neighborhoods still have the small cottages that were used for guests or servants standing on their lands. These are the houses the upper class returned to after a long day at their Merchant St office. Large, with gardens all around, they define the gracious life that never goes out of style.

We should also make it clear that not every home in Old Pali or Dowsett is a vintage estate or mansion. Later build up in the decades after, especially post-1960, added many smaller homes, but still on the larger than average side, with at least 2 BRs. This has always been a higher-end area and remains so today.

You'll find that the style of even the newest houses fall firmly in line with the style and feel of the old. If maintaining an older structure isn't something you want to deal with, there are still excellent, later options in Dowsett and Old Pali that will fulfill all your expectations of this place. Cutting edge, or even modern, architecture hasn't penetrated this part of Honolulu, to the relief of long-term residents.

The two neighborhoods are roughly even with each other. Heading Kailua-bound, around the turnoff for Oahu Country Club, going right takes you into the Dowsett homes, while turning left takes you into homes in the Old Pali neighborhood. The latter is the larger of the two, extending further north up the hillside. Both dwell at the same general price point, starting primarily at the high 6 figures and going up the heights of the high 7 for some of the top properties.

There aren't major differences between the two, though some will certainly prefer one over the other, because their perfect property is found in one or the view is more to their liking. What is ultimately true is that you have choices on both sides of the Pali Highway that offer a different kind of Island life, rooted in a gentler, quieter Hawaii of old. How often do you have 2 perfect choices presented to you?