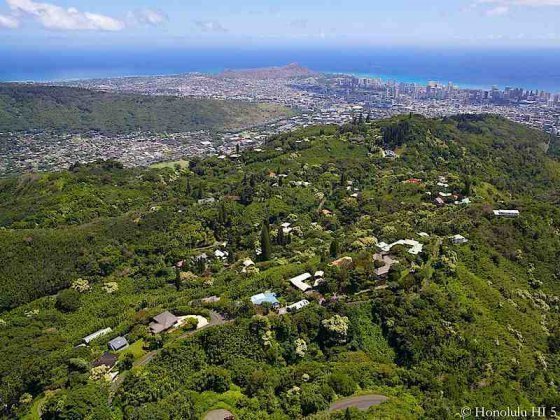 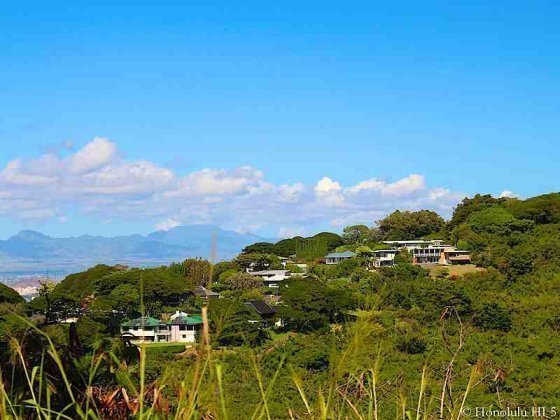 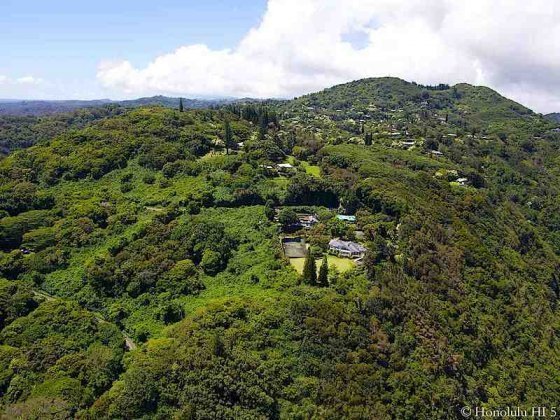 Tantalus is a hidden lush tropical rainforest neighborhood of about 120 homes favored for it’s cooler, often misty, climate and pristine lush green jungle ambience with tropical flowers and hanging vines, making it one of the most unique areas of real estate in Honolulu.

Located just beyond Makiki Heights and high above Honolulu, Tantalus is bordered by Pauoa Valley to the west and Manoa Valley to the east. Tantalus homes for sale are typically valued in the $800K to $3M range often on large private jungle lots between 9,000 sq ft and 2 acres plus.

Insight to Tantalus Homes
There is nothing like Tantalus homes with commanding rim lot views set in a cooler mountain jungle climate with exceptional privacy, rarely able to see your neighbors’ home. The residents in Tantalus enjoy a very special tropical ambiance with some of the finest air around, scented with fresh eucalyptus, wild ginger, guava, mango, and tropical flowers. It is no surprise that several influential Hawaiian families, including former governors, maintained Tantalus mountain retreats as early as the beginning of the 20th century. Today, the real estate in Tantalus consist of a mixture of vintage mountain retreats, larger family estates, and simple log homes.

Although only about 3 miles from downtown Honolulu, this densely forested and mountainous area has no public water or sewer connection. The homes in Tantalus rely on catchment systems to collect nightly rainfall and septic tanks or cesspools are hidden in the ground.

Tantalus Neighborhood
Tantalus is accessible either from the south-west via Tantalus Dr or from the south-east via Round Top Dr. Both streets are narrow winding in tight switchback turns through thick jungle quickly gaining elevation and connecting at the top to complete the loop. Tantalus homes include all properties along Tantalus Dr from the 3300 block and Round Top Dr from the 3700 block and up, as well as adjacent side streets such as Forest Ridge Way.

This is also a popular place for outdoor adventurers offering a web of amazing hiking trails to explore the summit crater, thick bamboo forests, waterfalls and more. Mosquitos are rare for Honolulu because of Hawaii’s prevailing 5-10 miles easterly tradewinds, but here in the midst of the jungle you might find some.

Appreciated by nature lovers and valued for it’s cooler climate, privacy and serenity, Tantalus is remarkable close to all that big city Honolulu has to offer.

Tantalus History
This mountain, actually an extinct cinder cone left by the Ko'olau Volcano, was originally called Pu'uohi'a by the Hawaiians. The name change was a result of an 1840's Punahou school field trip. The schoolboys, looking for ferns, decided to call it Tantalus after the Greek mythology figure. Somehow the name stuck.

The intimidating climb, and lack of roads, left the upper reaches unsettled until the 1880's when the first home was finally built on the slopes. Others began to follow, though most of these early Tantalus homes were summer housing for the elite families who wanted to escape the heat of lower Oahu.

The initial roads were made up of gravel laid down by Oahu prisoners, who also had the job of maintaining them. For the first few decades of settlement the Tantalus home owners had envious views, but lacked some modern conveniences.

Electricity didn't arrive on Tantalus until the 1920's, 30 years after some parts of Honolulu. Rainwater was collected in tanks for daily use. Few homes had telephones so the ones that did let neighbors without them use theirs. The community became close-knit, partly because they needed to be.

That closeness is still there, but you don't need to 'rough it' any more. Today, buying a home on Tantalus means sacrificing nothing except hotter temperatures.