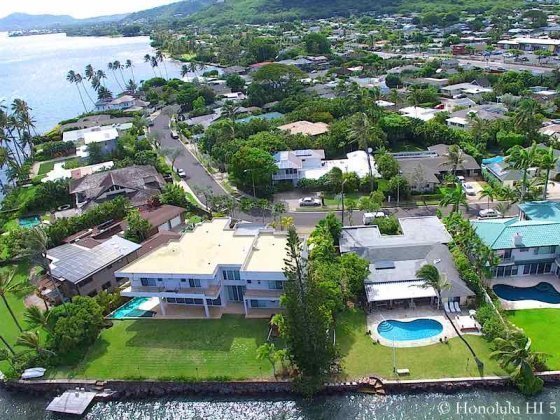 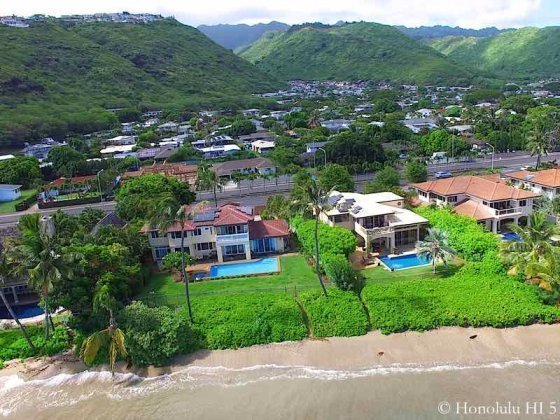 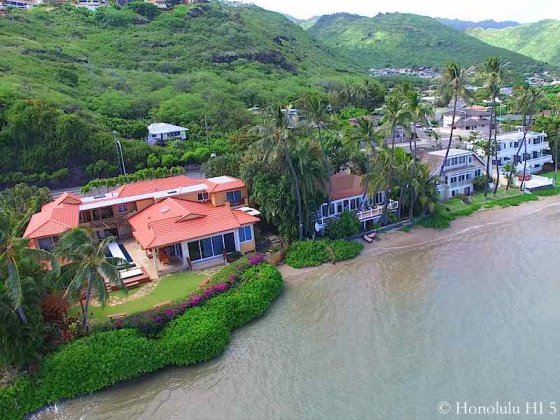 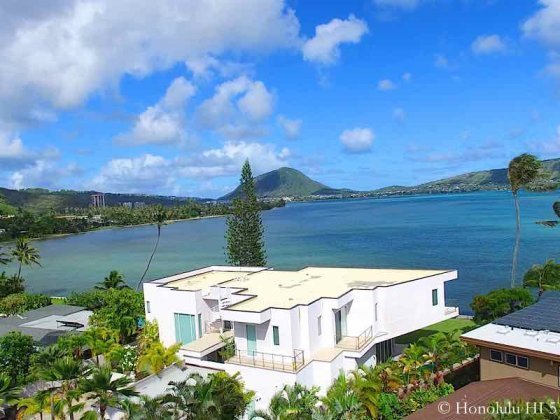 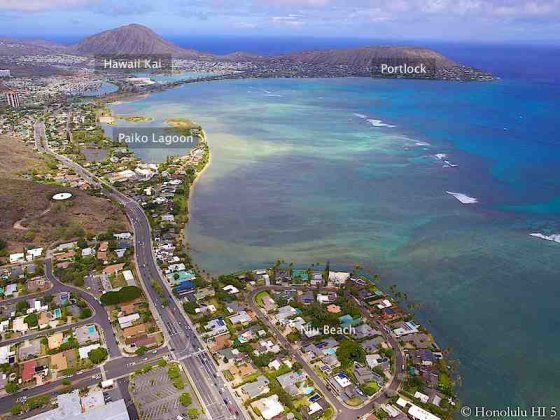 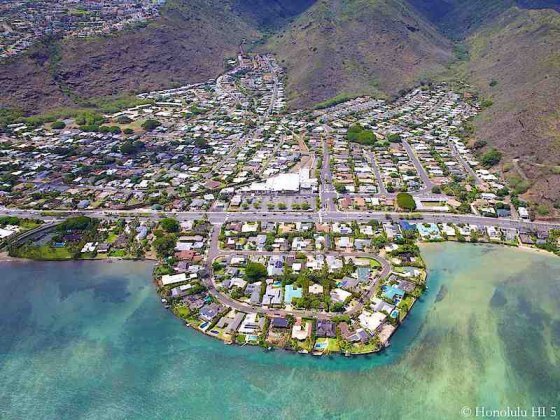 Niu Beach is a small luxury beachfront neighborhood of about 100 homes on the oceanside of Kalanianaole Hwy bordered by Paiko Lagoon to the east and Aina Haina Beach to the west. Most Niu Beach & Peninsula homes for sale are valued in the $1M to $5M range with typical lot sizes between 8,000 to 15,000 sq ft.

Insight to Niu Beach Homes & Neighborhood
Some of the early homes dating back to the 1920’s were simple fishing cabins along the calm and shallow ocean waters that are protected by an outer reef. Big changes took place around 1950 when parts of an old fishpond were filled-in to create the new man made Niu Peninsula. Dynamite was allegedly used to carve a deep water channel out of the shallow reef around this newly created Honolulu real estate consisting of one street only, Niuiki Circle. The Army Corps of Engineers built the perimeter seawall creating what is today a gorgeous little ocean lovers community.

Approximately half of all Niu Beach homes are located within this Niu Peninsula. About 20 of these properties are located on the ocean, which are the most desirable homes in Niu Beach & Peninsula, as they offer a rare unique combination of great ocean views, generous lot sizes, privacy, a protective seawall and a deepwater channel to moor your boat behind your backyard.

It’s all yours: boat, kayak, fish or surf the outer reef.

Niu Beach History
Niu Beach real estate, like much of the surrounding land, was part of the grant by King Kamehameha to Scotsman Alexander Adams. This was a recognition of his service Hawaii as head of its Navy. It was clear that Kamehameha was showing special favor to Adams because the king himself had a summer home here next to the ocean.

This grant gave Adams control not only over the lands, but also the fishing rights in the waters immediately off of them. This was extremely important for areas like the Niu district, because of the fishponds built by the Native Hawaiians to provide a steady food source.

One of the largest on this side of Oahu, Kupapa fishpond, sat in this place, extending out into the ocean. It was walled in on 3 sides with the 4th marked by the shore. For hundreds of years it was tended and cultivated, well into the 1st half of the 20th Century. With modernization and new sources of food available, and affordable, the fishpond's importance declined.

In the 1950's Adams' descendants decided to fill in the pond, using Hawaiian Dredging to do the job. Some small scale agriculture was briefly done on the newly created soil, but the intention was always to develop it for residential purposes.

Niu Beach homes were not long in coming. It's not difficult to understand why Kamehameha the Great came here himself to unwind and relax. Simply said, own a Niu Beach home and you'll live in a place fit for a king. Literally.