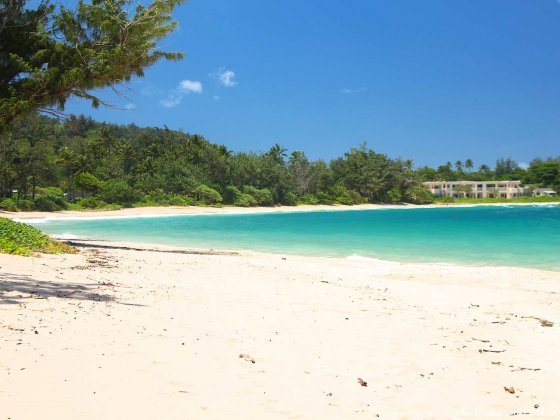 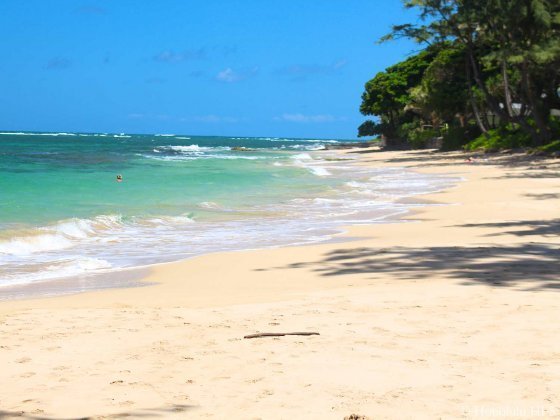 The duo of Kaaawa and Hauula go together very well, two oceanside neighborhoods that have much to offer, sharing an unspoilt stretch of coastline that is off the tourists' radar and a setting where a dog's distant barking is the loudest thing you'll hear at night, outside of the surf coming in, of course.

That sounds very intriguing, but how do the homes measure up? Come with us up the Windward Side and find out.

KAAAWA
Kaawa is the smaller, and the southernmost, of the two towns, with just under 1,100 residents currently. This is generally considered part of the North Shore, not just because of its location high on the east side, but also the lifestyle and undeveloped environment of this community.

Despite the homes' coming from a wide range of years, from the 1920s to present day, they mainly fall into that North Shore style. Wood framed houses with white trimmed windows, often raised off the ground. It's a style linked with the beachside life and that's exactly what you get here.

Most lots are good sized, usually spreading over 6,000 or more sq ft. They can seem even more removed & private due to the fact that much of the area around you remains untouched, plus the freely growing trees and vegetation provide further separation.

HAUULA
The town of Hauula almost triples the population of its neighbor, to a little over 3,000, but is still firmly rural. In fact, the transition between the two areas is hard to discern as they both have succesfully made 'keeping the country country' a reality.

Another factor that blurs the two is the use of the same beach house architecture. However, don't mistake that for a cookie-cutter approach.

The variations you'll find are endless, bringing a personal touch to a general style that makes the houses familiar and yet individual. The build date varies widely here, too, with a 1930's structure standing next door to one built last year.

Sizes of both the interiors and the lots themselves are one other area that can be almost anywhere on the scale. The majority, though, fall in the roughly 1,000 to 2,000 sq ft size indoors and a minimum of 4,500 sq ft of land. There's the occasional huge beachfront estate, too, that shows just what level of paradise a certain price tag can buy.

WHY BUYERS LINE UP FOR HOMES IN KAAAWA & HAUULA
The proximity to the ocean, from an easy stroll to living on the very edge of it, makes these homes something special, even in Hawaii.

Your commute may be longer, but if there's a place you just might be safe from Oahu's marching development, this is it. More than a refuge, Kaaawa and Hauula are places where you can still listen to the aina. And it could be calling you.