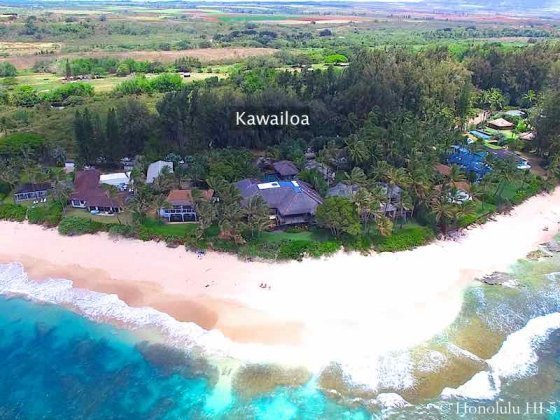 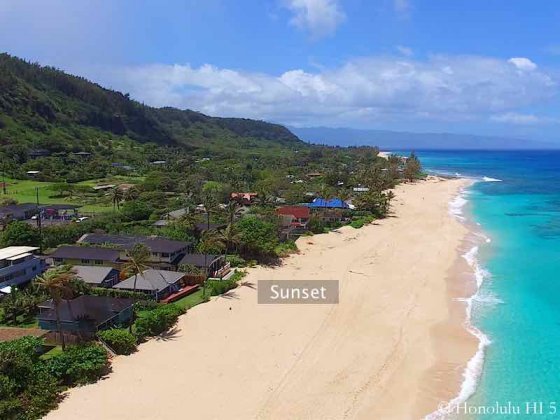 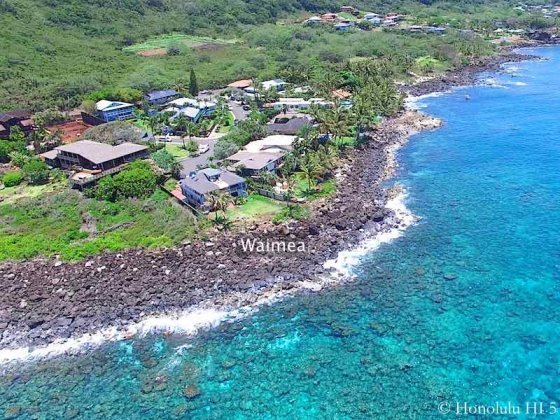 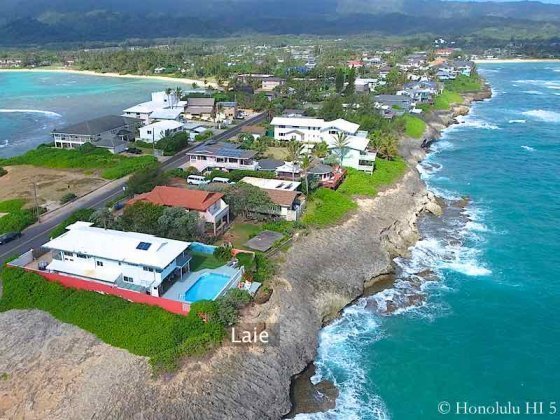 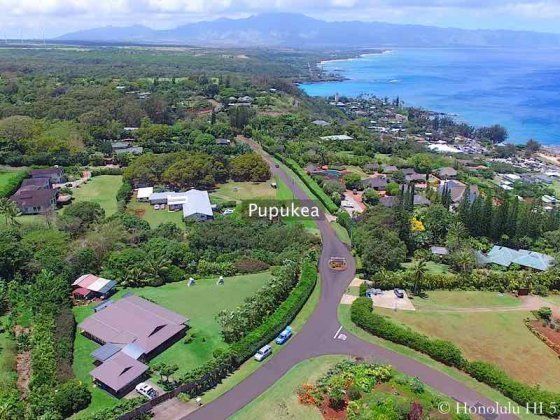 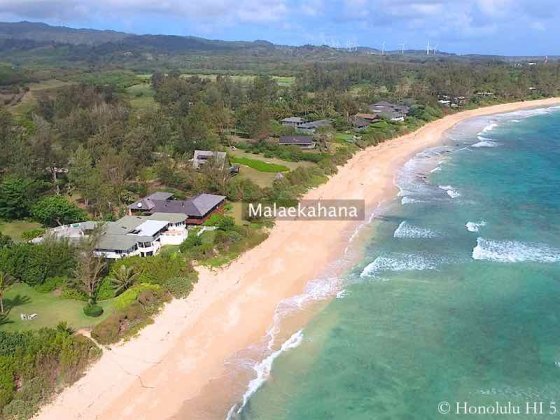 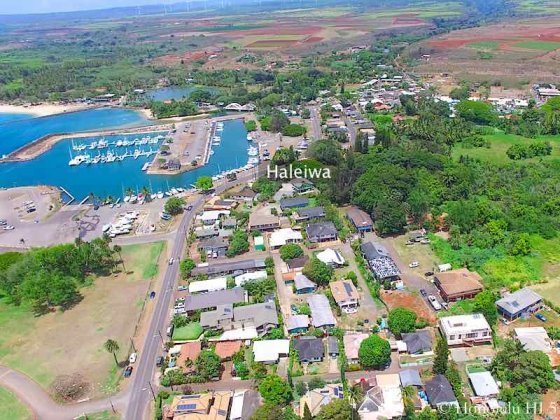 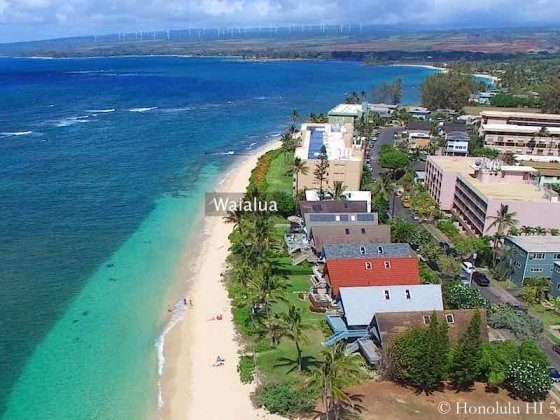 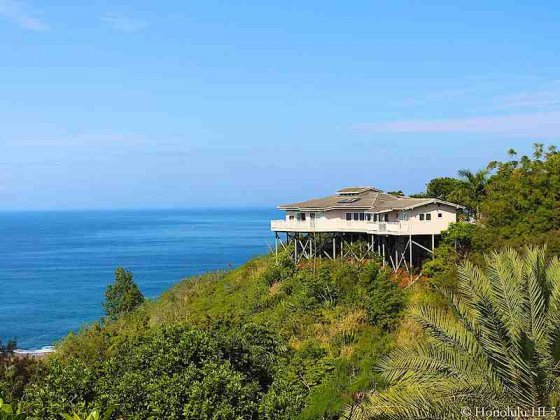 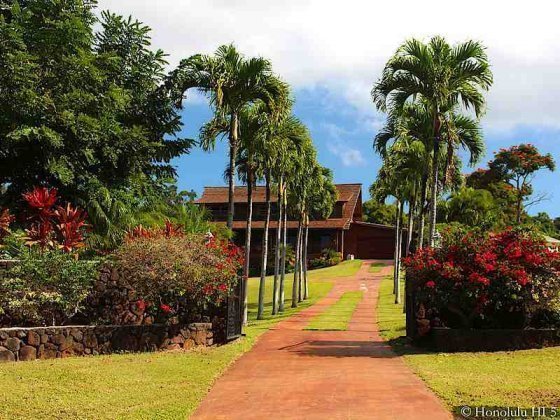 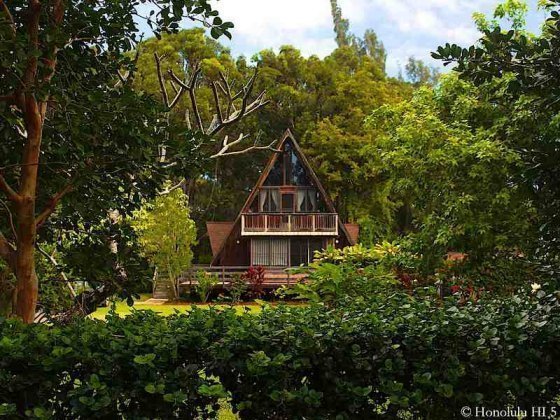 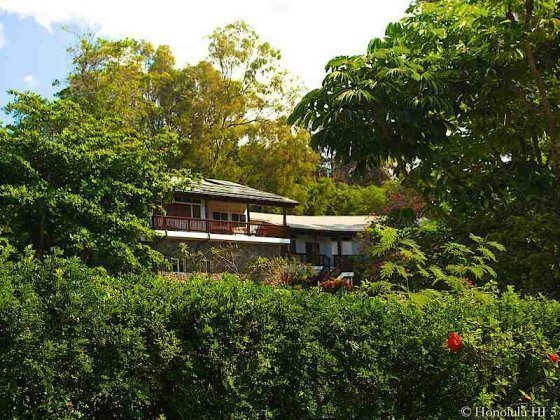 About Oahu's North Shore
Every winter the roads to the North Shore of Oahu become one long caravan. Everybody wants to see those waves. You'll commonly hear excited talk about 20 or 30 foot breakers rolling in up there. The truth is, they're really a lot bigger. The actual height of the waves are two to three times the stated measurement because it's scaled. A '7 foot wave' is more like 15 to 20 feet high in real terms. As confusing as this system is, it fits the North Shore culture perfectly.

North Shore Oahu real estate likes to be understated, too. The desire to remain small is a common theme on the North Shore. Though increasing crowds come to watch the swells, you won't find a community building up in response to this windfall of potential business. You do have some development happening, mainly around Haleiwa, but all of it on a very modest sized, low-rise basis. The local battle cry of 'Keep the Country Country' is more than a slogan, it's a line in the sand.

There's nothing even resembling a high-rise condo up here. In fact, it can sometimes be difficult to even see the houses if you're just driving through. North Shore homes are often set back from the main roads, shielded from traffic and view by not only distance but walls or natural enclosures. The separation is testimony to local residents' love of privacy and quiet as well as a prevalent streak of independence.

The North Shore takes in the area from Mokuleia in the west, arcing eastward to end in Laie. It truly is, as they'll proudly tell you, Country. Traveling through these locales, which include hillside communities as well as oceanside, you're usually on 2 lane roads surrounded by an environment that is definitively rural. For stretches you won't see any buildings or homes. You're a world away from Oahu's southern coast.

Outsiders, if they do know any parts of North Shore's real estate, tend to think of Haleiwa. It's understandable, because it does have a center of sorts, with restaurants and stores selling the work of local artists and craftsmen, along with the expected surf gear. Its laid back feel and the buildings either modeled on the old plantation style or actually from that era add greatly to the charm.

North Shore Neighborhoods
Those looking at North Shore real estate, however, have a much wider range of places they should consider, each providing something a little different, while remaining distinctly of this area.

Buying  a home on Oahu's North Shore is an adventure. You're diving into a unique way of life, different even from parts of Oahu just a few miles away. It's a throwback to the old, smaller scale Hawaii, where Man and Nature meet on a more equal footing. Shopping malls, high-rise buildings and multi-lane highways are forbidden here and, as long as the community can help it, they will remain so.

The North Shore lands & lifestyle are fiercely protected and, after seeing what has happened to other parts of the Island, you can understand why. There's a determination not to go the way of so many other Oahu towns.

Make your home on Oahu's North Shore and your days will be full of restful quiet, occasionally broken by the crowing of a rooster, the dull roar of the surf and your neighbors happily exchanging a 'Howzit?!'. If you don't know what that sounds like, it's time for you to visit the North Shore.


North Shore Oahu History
The mere mention of the North Shore of Oahu means one thing to most people around the world: Surfing. That, however, is only a recently development since the 1980's. Before that time, the monstrous waves this coast is known for were thought to be unrideable. Too big and too powerful.

It wasn't until modern surfing techniques and boards came into being that successful attempts were made to take on these towering swells. The rest is history, as they say, but it's not the whole history of the North Shore. Not by a long shot.

This part of Oahu was probably the last settled by the Native Hawaiians, communities finally being established in the 12th Century. Those early inhabitants immediately found that the not only was the land extremely fertile, there were also numerous natural springs, making agriculture the primary occupation from the start.

One of the primary land divisions, or ahupu'a, of the North Shore was uniquely reserved for the Island's high priest (Kahuna Nui) beginning in the late 1100's. This designation remained part of the title for more than 700 years, the last one being Hewahewa, who held the position under Kamehameha I. After the king's death, with the eventual end of the kapu system under Queen Kaahumanu, that ownership was taken from this office. It was yet another sign of the vast changes sweeping Hawaii's culture at this time.

The agricultural value of the North Shore lands remained high, its focus shifting to sugar and pineapple plantations starting in the late 1800's. Benjamin Dillingham, owner of much of these farmlands, built the first resort in Hawaii, the Haleiwa Hotel, up here at the final stop of the same railway that transported sugarcane and supplies to and from his plantations. In a way, the birthplace of our tourism industry was here on Oahu's North Shore.

The closing of those plantations, which happened over the last decades of the 1900's, quieted things down as many had to leave due to the abrupt loss of employment opportunities. Fortunately, they didn't stay that way long as the allure of the big waves attracted more and more people to come see the famous North Shore waves for themselves.

Tourism is now the primary economic force, a mixed blessing that provides jobs, but also brings crowds and an ever-present threat of development. For a place where most residents' cars sport a 'Keep the Country Country' bumper sticker, this is a major issue. All of this isn't just history, it's the community's constant struggle to maintain their place and environment in line with that history. A new, interesting chapter is being written right now and nobody truly knows what the end will look like.