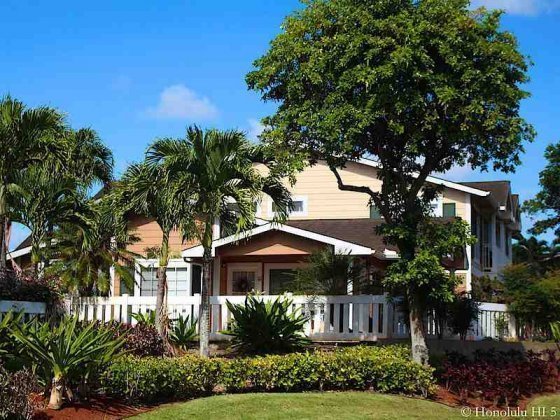 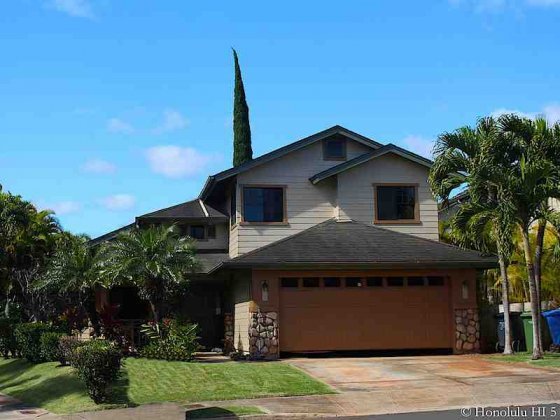 Both Waipahu and Waikele homes are built on lands that held sugar plantations as late as the 1990's. The conversion into the places we know today started primarily in the 1970's as the agricultural economy started to die out and it has never looked back.

Waipahu is easily the oldest and largest of the two, with multiple neighborhoods within it. In fact, Waikele is technically one of them. One of the enduring attractions of Waipahu are the more affordable houses it offers, still in reasonable commuting range for downtown workers.

Those more moderately priced residences tend to be in the sections of Waipahu south of H-1, where the town's first communities were built in the 1960s and 70's.

With new development over the years the varieties of homes has broadened, creating properties for almost every level of the market. The Royal Kunia neighborhood, for instance, which sits north of H-1, has large, upscale homes with 3 to 5 BRs priced in the $600Ks and $700Ks.

Harbor View is another extremely attractive community, with some homes that have views of both Pearl Harbor and Diamond Head. Not a bad vista. Pricing starts lower than Kunia, in the $400Ks, but the range is higher, going up to almost $1M for certain properties.

Waikele's homes sprang up on the plantations' last remaining vestiges in the mid-1990's. Many houses sit right on the golf course fairways, enjoying their well kept grounds. The green theme extends to the entire neighborhood, with numerous parks and spaces throughout as well as the buried utilities that keep the skies wide open.

Though known primarily for townhomes, Waikele has numerous beautiful houses, starting mostly in the mid-$600Ks. For those prime residences encircling the fairways, it'll be a little more, of course.

No matter where you are, you're always in easy range of the Waikele Outlets, which, for some pro shoppers, is a good enough reason alone to set up camp here.

Waipahu remains an excellent option for those with a lower home buying budget, but its appeal doesn't end there anymore. Along with Waikele it now boasts houses with space, comforts and views that can compete just fine. If you didn't know that, come and see what you've been missing!