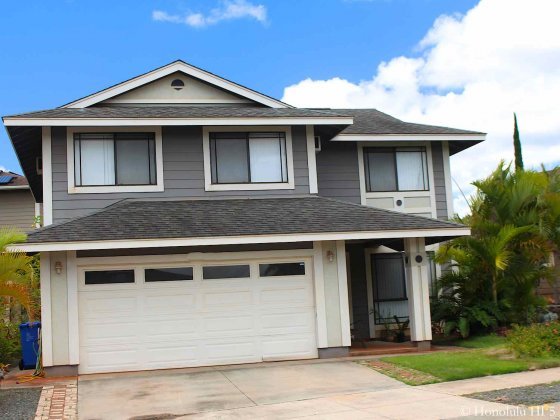 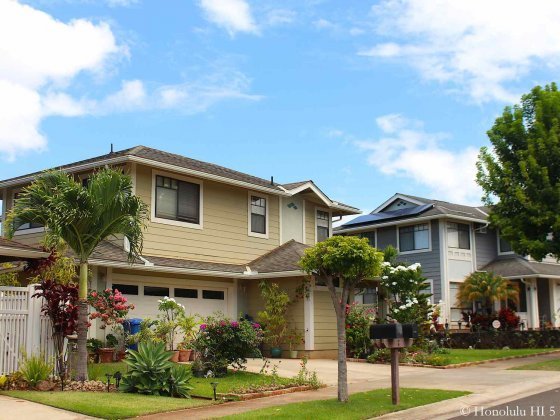 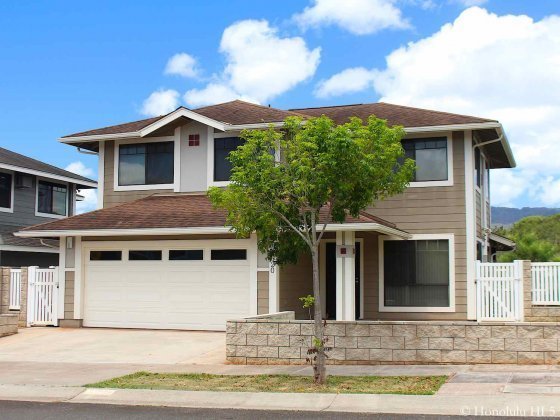 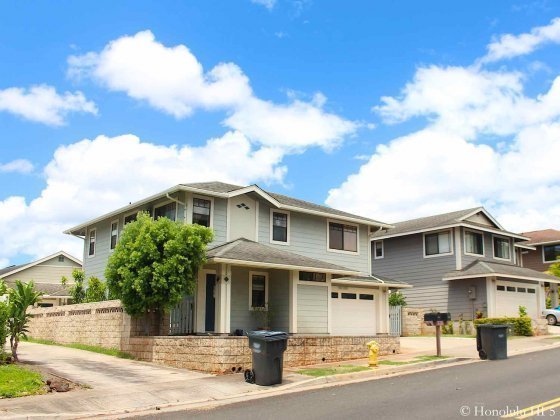 If you think you have to go to the Ewa Plain to find larger homes with a yard and fresh air, get ready to hit the brakes. Homes in Royal Kunia is closer to the downtown Honolulu job centers, its houses have a little bigger footprint on average than Ewa's and the temperatures are cooler, too. That short list alone should move Royal Kunia real estate to the top of your Look List. If it didn't, just wait.

We've only started on the perks of this place. This district just north of H-1, sits above the older sections of Waipahu, with Kunia Rd as its western border. Cross that road and there's nothing but acres of farmland, keeping the horizon in that direction completely open. The views south are even better due to the higher elevation you live on. Many Royal Kunia homes are rewarded with a perfectly clear lookout on the ocean and Pearl Harbor itself..

That elevated location is what creates the lower temperature residents enjoy, especially after a workday in the warmer downtown environment.

The newest homes in the Waipahu region are found in Royal Kunia, younger even than much of Waikele, with the first residences selling in 1989 and more being added up until 2006. A variety of communities make up the whole, such as The Pointe, whose houses are famous for their views and their larger lots right next to the golf course.

This is a very family-friendly community, with wider streets, greater spaces between houses for kids to play in and many cul-de-sacs, where little ones are safer from the dangers of traffic. Not that there is a lot of traffic up here. If you're on these roads, it's because you live here or you're visiting someone who does, cutting down on the number of cars dramatically.

There's even a fenced and secured park that only Royal Kunia residents can use, since it requires a magnetic key they alone are given. Inside are tennis and basketball courts, an open field area and a playground. Despite all you've read so far, however, this isn't strictly a bedroom community.

Right down the street you have a Wal-Mart, Times Supermarket, Starbucks and even a Denny's. When that's not enough, just flip a coin. You can drive a few minutes east to Waikele's vast outlet mall and revel in the deals there.

Or take an equally short trip west to Kapolei, where you have a growing menu of shopping centers, restaurants and big box stores, including the 3rd largest mall on Oahu. You're surrounded by choices.

Living right beside H-1 creates not just shorter times in leisure hours, it cuts down on commute times, too. Sometimes just getting to the highway is half the daily battle in the morning, but not for you. That applies to getting home quicker in the evening as well.

Before you decide that the Ewa Plain is the one place where wide open spaces are still for sale, make it a point to check out the Royal Kunia real estate. You may find your dream home is closer to town than you thought.