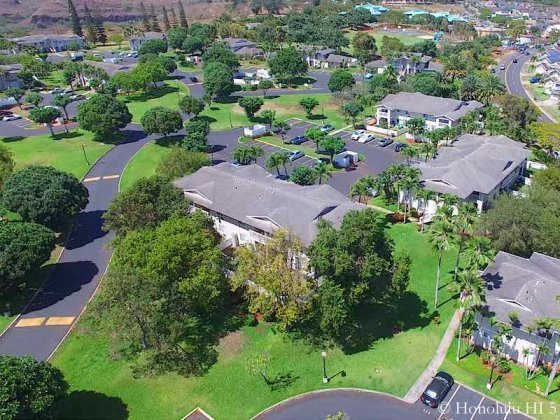 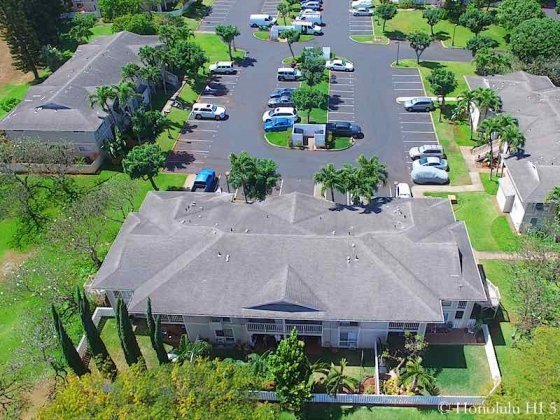 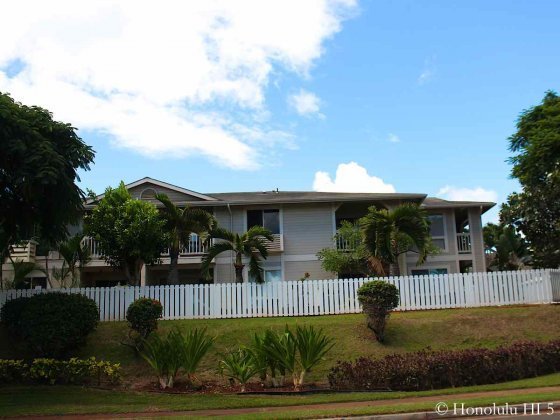 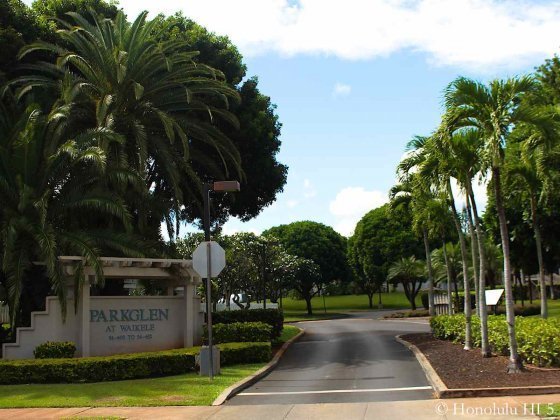 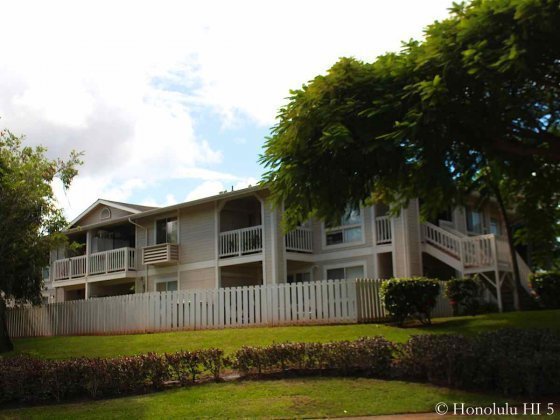 See our aerial tour of Parkglen at Waikele.

About Parkglen at Waikele
Parkglen is one of the classic Waikele communities. Built over 1993 and 1994, it was an earlier addition to this area as it transitioned from plantation land to the modern residential area it is now. The low profile of the 27 Parkglen buildings, at just 2 floors, along with the wooden paneling and plantation design touches set the tone nicely for this open and inviting environment.

The developers gave these residences an excellent site, right next to Waikele Elementary School as well as having at its back a huge gulch, free of any build-up. Those two neighbors provide peace and quiet that are virtually guaranteed for the future.

You can enjoy that fully from your home in one of the 204 units, all of which come with 2 bedrooms and 2 bathrooms. They do vary by layout and size, though, with interiors of 796, 830, 835, 863, 898 or 918 sq ft. That selection is multiplied further by the fact that homes with the same square footage can come in both one and two story floor plans.

From your address on Lumiaina St you can stroll 5 minutes down to the shopper's nirvana of the Waikele Outlets, as well as Waikele Center next to it, offering Lowe's, K Mart, Old Navy and a lot more, including the permanently parked Leonard's Malasadas Truck.

These homes fully enjoy the fruits of the Waikele project – open skies, suburban quiet and the kind of shopping you once only had in Honolulu. It doesn't take much to see there's something good here and you should be a part of it.

Also check out nearby Village on the Green, Mahi Ko at Waikele or all Waikele townhomes for sale.