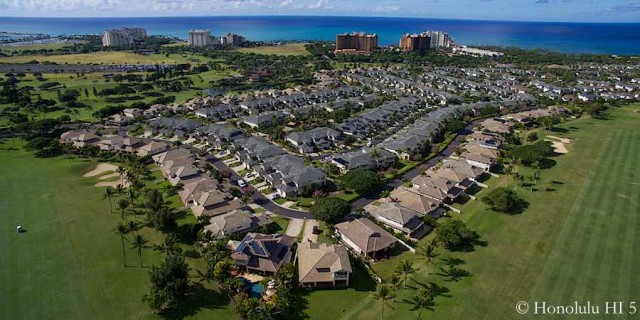 In many ways, Ko Olina’s history and development has closely reflected the modern economic history of Hawaii. The Campbell family famously created the sugarcane plantations that established the first significant communities of the Ewa Plain. What is now Ko Olina, though, was reserved as the Campbell’s personal retreat. It’s weather and scenery was easily recognized as something very special even then.

The closing of the plantations brought vast land sales and Ko Olina was part of this. With backing from a Japanese investor, local developer Herbert Horita, under the name West Beach Estates, bought the property in the late 1980’s, immediately beginning to build a resort community on it. 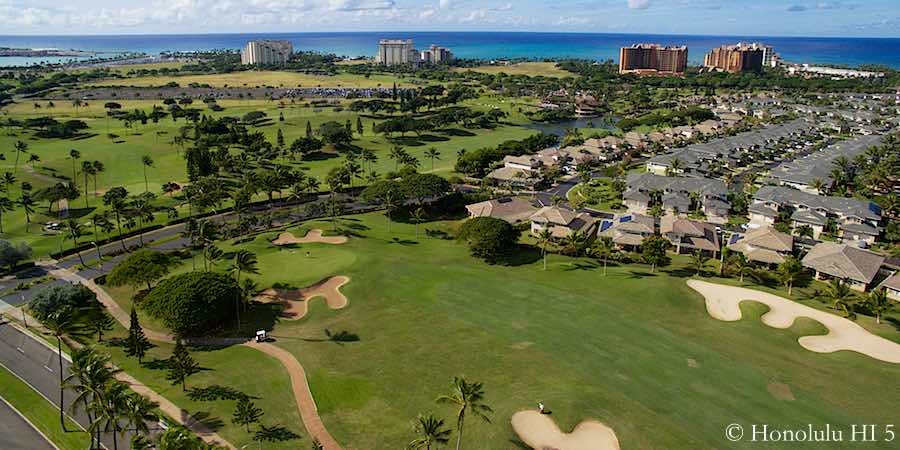 Horita accomplished a lot, including the 4 lagoons, the basic infrastructure and the golf course. Unfortunately, he only had time to build one of the hotels, the Ihilani, and one resort condominium, before the Japan economy plummeted in the first years of the 1990’s, taking his backing with it. Work came to a sudden halt.

It was clear that the potential of this property would not remain idle long. A new developer, Jeff Stone’s The Resort Group, bought it all in 1998 and rapidly moved forward. In the years since they’ve added: 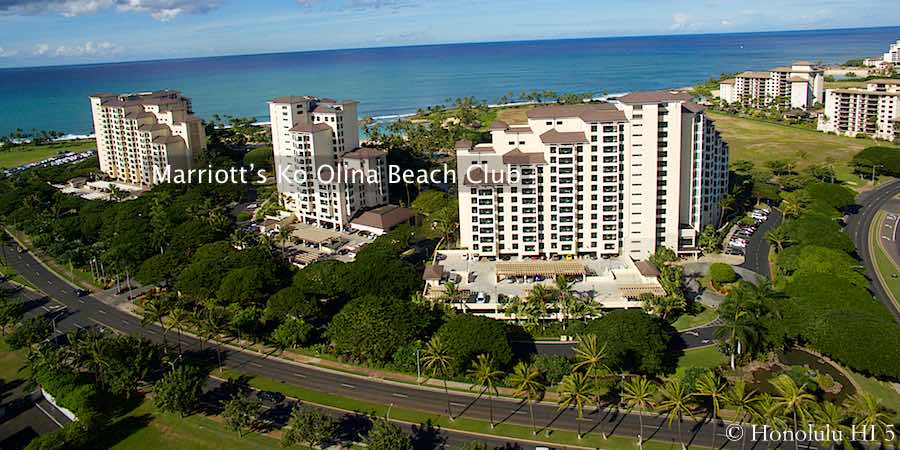 In addition, they’ve added 4 residential neighborhoods, many around the golf course, made up of houses and townhomes, with some low-rise condos as well – Kai Lani, Ko Olina Kai Golf Estates, Coconut Plantation, Ko Olina Fairways and the Ko Olina Hillside Villas.

The Future of Ko Olina 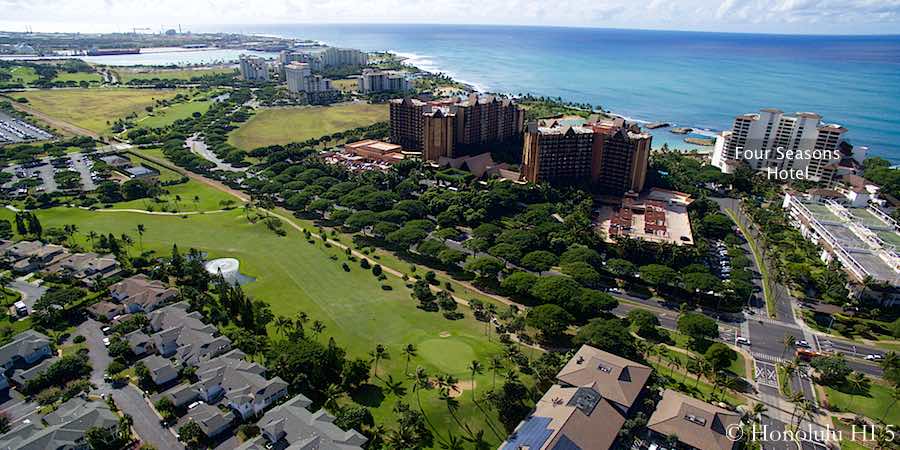 More is to come to this district, most notably the impending re-opening of the Ihilani after a year long remodeling as the Four Seasons Resort Oahu at Ko Olina. This will be a 5 Star luxury property, catering to a higher-end clientele. Plans are to build residences here as well in a later phase, extending the Four Seasons brand there.

Another, even more interesting event was the purchase of large oceanfront properties by Chinese developers. They intend to build 2 high-rises, one a hotel, the other a condominium, both luxury level. This is especially interesting as they are the first land sales that The Resort Group has ever made here.

Ko Olina’s story has closely followed Hawaii’s economic trajectory, from being part of the plantations’ dominance to a boom and bust tied to the Japanese bubble and finally a strong resurgence. Nothing can diminish the lure of these lands for long. And this tale is far from over.