Living in Kapolei vs Ewa Beach 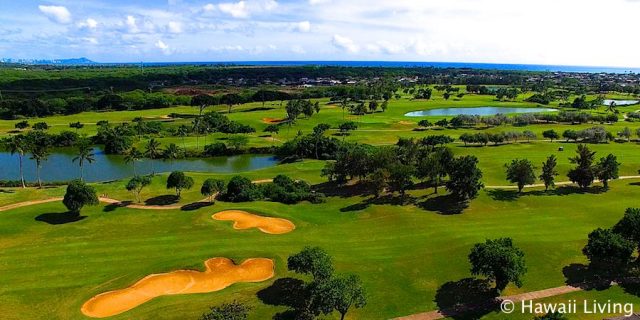 With so much discussion of the Ewa Plain’s evolution, the entire region can become one huge blur, with often used phrase like ‘more affordable housing’ or ‘a new Oahu metro area’ standing out most in minds. Truth is, the 2nd City isn’t a homogeneous collection of the same kinds of homes with the same surroundings or daily experience to offer you.

Although it lacks the condo towers you’d expect from a place with ‘City’ in its title, it can justly brag about the vast range of residences and lifestyles available within it. That can be seen best in the contrasts between the pair of towns that make up the vast majority of this region – Ewa Beach and Kapolei. Though they share many of the major traits the 2nd City is known for, like convenience, that greater real estate affordability on average and a friendlier, low-rise environment, there’s unmissable differences that make each the better choice for one home buyer or another.

For our purposes we restrict this examination to the strict city limits of Kapolei, so Ko Olina will remain outside our reach. With that one restriction in place, it’s time to learn what makes this duo less of a set of twins than a very successful marriage of two compatible individuals.

COMPARING EWA BEACH & KAPOLEI – WHERE TO START
The best way to begin is with the biggest contrasts and one way of drawing the line between them is a rough, but instructive comparison – you could say that Kapolei is like Los Angeles, while Ewa Beach is like New York. What does that mean? If we look at the layout of the two communities from a birds-eye view it becomes clear.

Within Ewa Beach, you can see the shopping centers, with their dining options and the drug & grocery stores that are almost daily stops for many, all sitting right in the middle of the neighborhoods. They’re integrated into the very midst of the neighborhoods, making it possible to walk or bike to them for much of the surrounding residents.

In Ewa Beach you live beside your shopping choices, or at least very nearby, driving by them every day on your way to and from work. They’re fully integrated into the rhythm of your life, making a trip there often a matter of little thought, even spontaneous, inside the routine of life.

The shopping in Kapolei, though, is spread out, set apart, its shopping malls mostly relegated to the eastern and western reaches of the town, making them driving destinations for almost everyone. 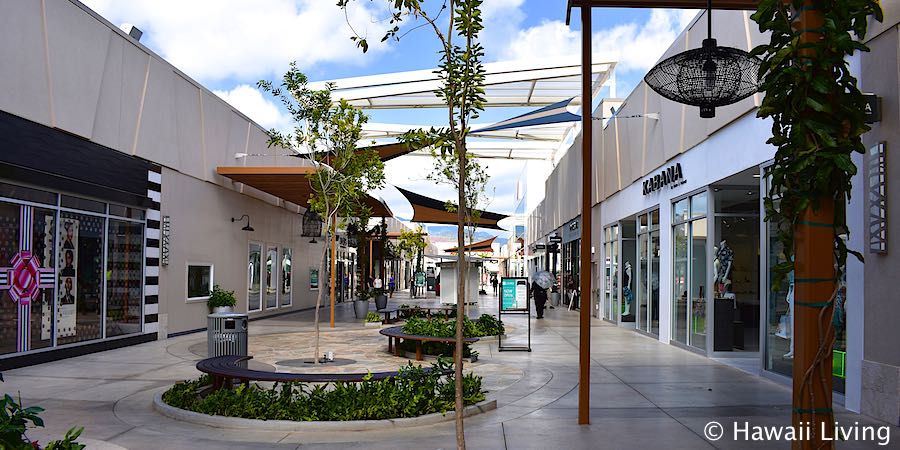 Places like Ka Makana Alii, Kapolei Commons and Kapolei Marketplace aren’t part of your daily commute, instead being a specific trip of their own, not a place you turn in on a whim as you’re on your way someplace else.

It’s a case of the centralized (Ewa Beach/New York) vs the expansive (Kapolei/Los Angeles). That centralization in the east is a planned product of the tighter development that’s emerged over the last 2 decades in the expanded Ewa Beach footprint. 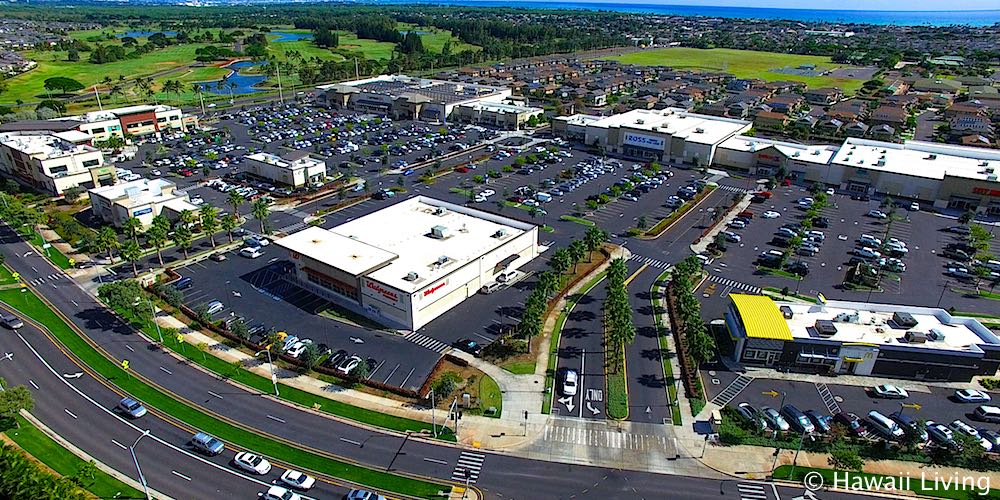 That easier access to shopping comes with a trade-off, however. You wouldn’t call a place like Laulani Village Shopping Center a mere strip mall, but Ewa Beach does not have the big box stores or any retail centers that rival what Kapolei justly boasts having in her borders.

It’s the difference between solid and attractive choices that serve the needs of the local community and the kind, and size, of shopping selection that is nothing short of a major attraction, and even a resource, drawing visitors from not just the Leeward Side, but all over the Island.

From the wide ranging essentials of Costco and WalMart to the big box sweep of Kapolei Commons and now Ka Makana Alii’s vast collection of fashionable names that some older Ewa residents still can’t believe have opened here, Kapolei is simply a Hawaii retail center second only to Metro Honolulu. It’s easy to imagine how having all of that as part of your local scenery would deeply impact your life and leisure time.

The existence of it all owes much to the completely blank slate the developers began with on these lands, allowing them greater room and latitude, that serves the more diffused vision that guides the town’s growth. The contrast of this element of the two 2nd City halves isn’t restricted to shopping alone. It’s also part of the even more crucial element of the residential environments themselves.

BRINGING IT BACK TO HOME
Turning our gaze to Ewa Beach once again, the birds-eye view reveals the contrasts once again. Outside of the golf courses, the majority of the lands are now occupied by homes. Much of what is left undeveloped has plans for it that are getting underway already or will be soon. It’s a more closely-knit design, in general, on this eastern end. 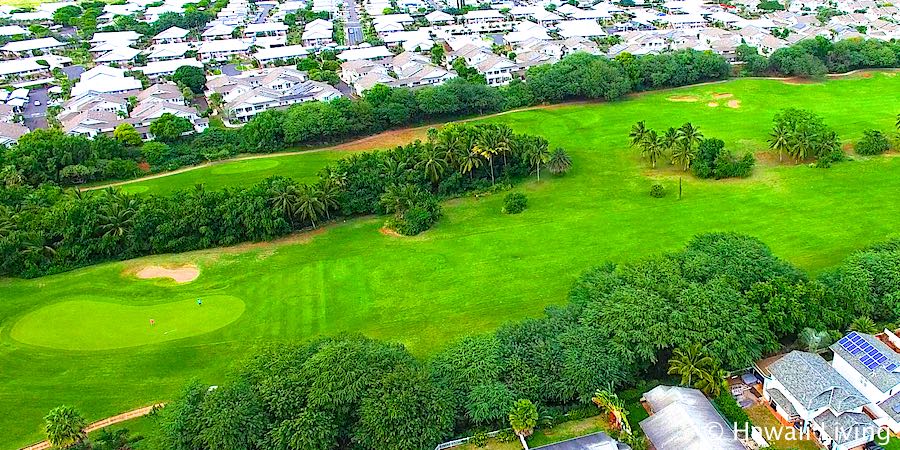 Kapolei’s neighborhoods are substantial, too, but its present landscape still has many areas that remain wide open and even untouched, leaving sight lines in places that extend quite far before any build-up impedes it. 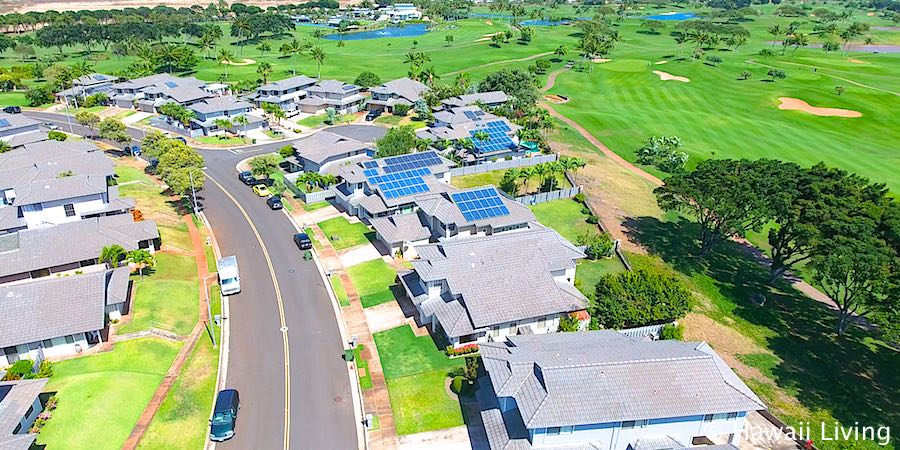 There’s no question that a good number of those lots will not remain open forever, but the vision for this side of the 2nd City does allow for some of it to do so or at least exist in a form close to it.

With the lion’s share of attention being given to Kapolei, it often comes as a surprise that Ewa Beach has not only more homes, but also greater choice in your living environment. 5 golf courses can be found inside the east half of the 2nd City to Kapolei’s 1, all of them with communities that sit beside, or are even integrated within, the fairways that dazzle the eyes with their emerald shades. 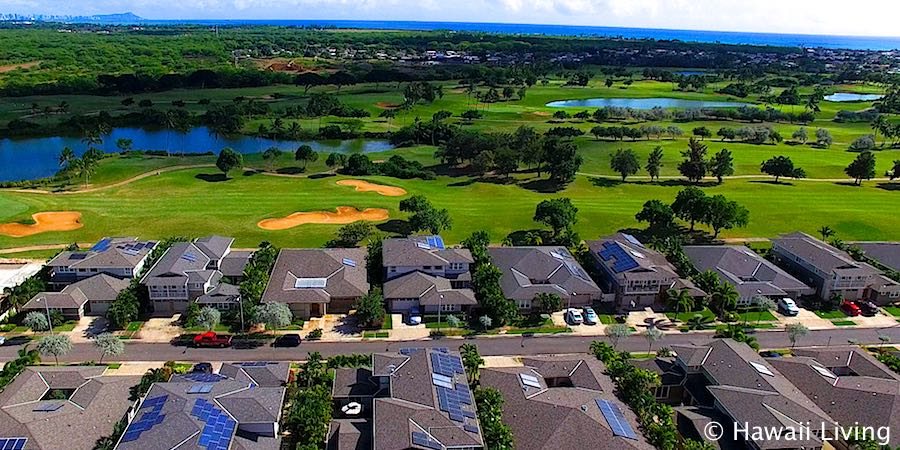 That larger menu of living choices extends to the homes in Ewa Beach themselves, too. The 200 acres of Ewa Gentry alone, for instance, hold everything from the townhomes of Cortebella, built for the 1st Time Homeowner market, to the large, but not pricey single family homes of Sonoma & Prescott, the gated houses with manicured lawns in Huelani, on up to the large, luxurious, fairway-hugging homes of Cypress Point 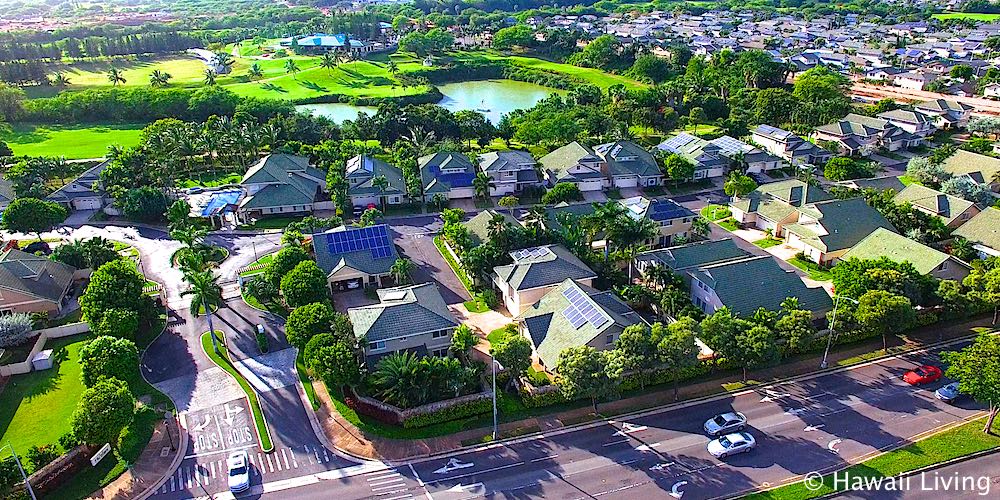 Then you have the resort lifestyle of the still in-progress Hoakalei, with its own massive lagoon, golf course and a forthcoming $300M shopping & dining complex. 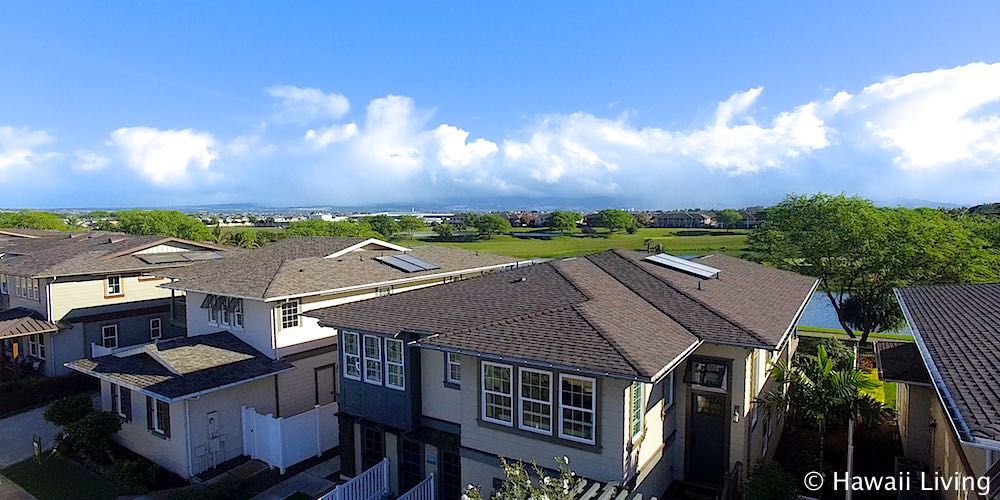 The projects that have resulted in communities like Ewa Villages, Ewa Gentry, Hoakalei, plus the original town of Ewa Beach itself, provide a variety of home structures, spaces and surroundings that Kapolei’s real estate cannot equal.

THE WORKWEEK FACTOR FOR 2nd CITY RESIDENTS
Lastly, it is important to address one factor that is on the minds of everyone considering a move to or within the 2nd City: Commuting. It’s yet another point where the two towns take a counter-intuitive turn.

For most residents on the Ewa Plain, the majority of their days will include a commute eastward and an equal trip home once quitting time comes. Friends and neighbors across Ewa love trading stories of the latest highway crawl they’ve experienced, commiserating like war comrades who’ve seen too many battles.

What isn’t common knowledge is the fact that many Kapolei home owners have a faster journey each way than their Ewa Beach counterparts, despite being further west. Another glance at a map and it’s easy to see why.

H1’s path skirts right along the top of Kapolei, but then bends into a 45 degree run northward from there, taking it it further and further away from Ewa Beach’s mauka borders.

So, despite being nearer to Honolulu as the crow flies, the journey to the highway’s entrance is longer in most cases.

HOMES & LIFESTYLES IN EWA BEACH & KAPOLEI – THERE ARE CHOICES TO MAKE
As you can see, the choice between the two has deeper considerations than is commonly believed. While there is a 2nd City, more or less, now in place, it’s not a homogenous, cookie-cutter kind of place at all. Like any other city, there are the differences that make one neighborhood in it the better, or even best, selection for you.

From here it’s a matter of transitioning from that birds-eye view we’ve provided to a closer examination that will bring out the details, which will guide you on your real estate journey. As you get to know the 2nd City better, we can promise you that the journey will be a rich and rewarding one.