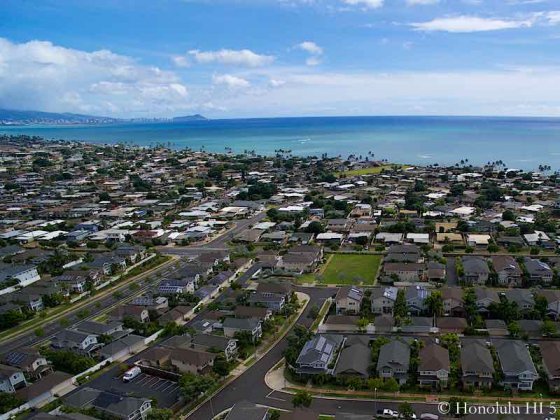 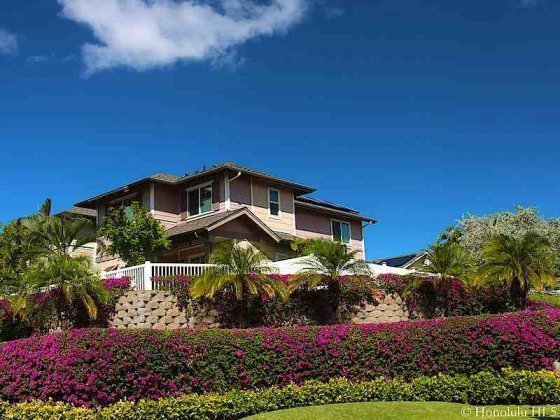 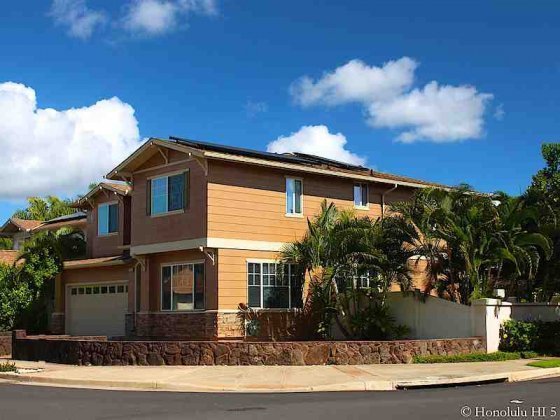 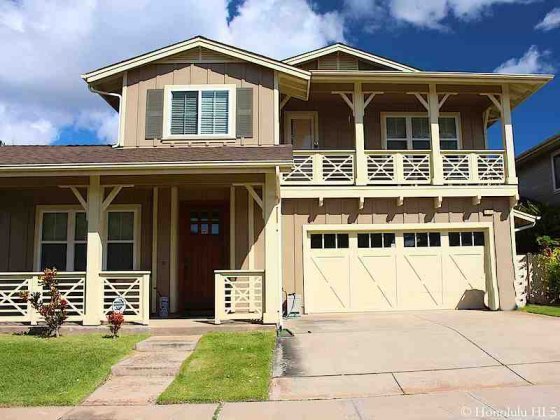 Ewa Beach Structure
Ewa Beach homes - as in homes that belong to the city of Ewa Beach - stretches across several areas of which some have significant differences, others have great similarties. We created a total of 6 neighborhoods within Ewa Beach:
Old Ewa Beach (this page, predominantly older homes in Ewa Beach), Ewa Villages (mix of older and newer homes), Westloch Fairway & Estates (many homes from the 90's) and 3 neighborhoods with predominantly newer houses - Ewa Gentry (20+ Gentry neighborhoods), Ocean Pointe and Hoakalei.

About Old Ewa Beach Homes
Old Ewa Beach homes for sale are mainly in the $400,000 to $800,000 price range, making these homes some of the more affordable within the Ewa Beach city limits. Most of the attention on the Ewa Plain lately has rested on the 2nd City and the development that has sprang up on the old plantation lands inland. Maybe the homes in Old Ewa Beach for sale are part of a too sedate and small town in contrast, but, then again, this is exactly what some home shoppers are looking for today. A large percentage of the residents can walk to the beach, which stretches the entire length of the southern end. In addition, Ewa Beach is bookended on this side by Oneula Beach Park as its west border and Ewa Beach Park on the east. The appeal only increases when you see the lots, which are bigger than what you'll find, on average, in Honolulu. There's a good chance you'll have a yard when you buy a house here, possibly even a fruit tree or two.

Unlike its neighboring residential areas, Old Ewa Beach has more organic roots, rather than being born from a developer's plans. You'll see homes on these streets from the mid-1950's on up to the present. There's a history here and you'll live next to more than a few locals who remember when almost nothing but cane fields surrounded the place.

That unplanned growth also means that Old Ewa Beach houses vary not just in age, but in size, layout and every other way you can imagine. Recent entries with multiple bedrooms sit next to small plantation style houses, bridging the past and present of the community. It's all low-rise here, too, so the sky, and your view of it, is consistently open and inviting. That has also preserved a quieter atmosphere that residents treasure as the rest of the Ewa Plain grows busier.

If you're planning to live on the west side of Oahu, but prefer an old town feel, then homes in Old Ewa Beach should definitely be on your list of shopping stops.

You may also be interested in.....
Kapolei homes and Makakilo homes.    Alternatively, search all Oahu homes for sale.

More About Old Ewa Beach
Old Ewa Beach real estate tends to be an afterthought when the West Oahu area is discussed. It lacks the glamour of a Ko Olina or the excitement of Kapolei's growth. It shouldn't be dismissed so quickly, because it has its own appeal and attractions that have drawn homebuyers here long before the 2nd City was even a concept.

No neighborhood is utterly perfect so you're choice of a home has to rest on a foundation of seeing the full picture. It is true Ewa Beach does have some drawbacks, like its climate. The temperatures can run higher on this side of Oahu, so residents sometimes feel the heat more than their eastern neighbors. You will be warm on those June and July days.

Homes are also clustered closer together than the newly built communities of the 2nd City, a matter of this being the only residential land for years during the Plantation era. With so much property taken up for farming then, there was only so much available to build houses on, creating the sometimes snug conditions you see today.

The long establishment of this town will also mean your home is almost certainly older in comparison to the communities that border it. Newer houses have been built here and there, but much of Old Ewa Beadh is made up of homes that have a few years on them, with the upkeep that can come with that.

Those concerns must be part of your decision, but don't make up your mind just yet. There's much you can put on the Positive side of your list for Ewa Beach - and that's not only equally as important, it's also probably even more persuasive.

Old Ewa Beach Real Estate - Where it Shines
Affordability is consistently cited as a prime reason for moving westward, but the real estate in Old Ewa Beach holds the trump card for this entire region. For example, year 2014, the average Ewa Beach home sales price was about $64K less than Kapolei's. For many in Hawaii's home buying market, squeezed by the high cost of living here, that is a huge factor. One that can be the crucial difference between becoming a homeowner or not.

The 'Beach' in the name is another attraction, that, for whatever reason, isn't highlighted as much as it should be. You can live within walking distance from the ocean and long stretches of sands that are among the best kept secrets on Oahu. How many can claim they live so close to the waves - and at this price point? Not many.

Lastly, residents of Old Ewa Beach get the same benefits from the growth of the 2nd City as everyone else. Though they may be a little farther for you than your Kapolei counterparts, Ewa Beach is as much a beneficiary of the same incredible shopping, dining and economic advantages as the rest of this broad community.

Over time these rewards will only increase as the Ewa Plain's clout gets larger as well, bringing further business, educational and, yes, transit rewards home here. Some of this is already happening.

Being a part of that will produce opportunities that may be unseen today, but they promise a future that grows brighter and brighter. For those with families, this should be an especially powerful reason to be looking at homes in Old Ewa Beach.

The Future of Ewa Beach Real Estate
Ewa Beach real estate does have distinct differences from its neighbors. Having existed for so long, there isn't room for large, new neighborhoods to be planted. The available lands for building have long been taken for one use or another.

That does limit supply, driving the prices up – and it will continue to do so. There are limits, however, due to the fact that the home values only go so far. At a certain point, homebuyers with a certain budget choose the more open spaces and newer homes of the remaining Ewa Plain. That will be the conditions for the next few years, especially as more inventory is built there.

Residences in Ewa Beach still have seen strong rises in pricing recently and that will persist, as growing demand for more affordable properties continue to be a huge need. The availability of the new amenities and services in Kapolei are an extremely strong driver here as well for potential residents.

Like all real estate on Oahu, you will probably see gains in Ewa Beach, just in smaller jumps than some of the other Island neighborhoods. The lower entry and almost certain future growth, and attraction, of the 2nd City should still make this a very attractive opportunity, as a residence and an investment.