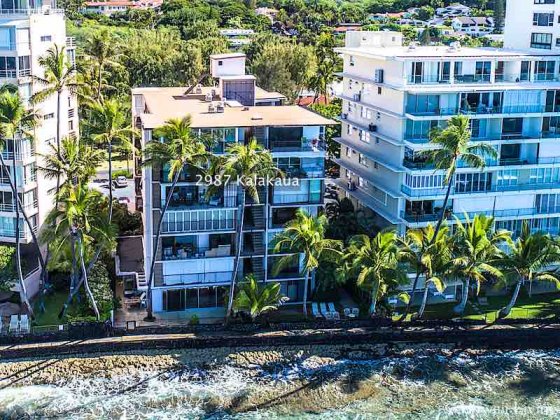 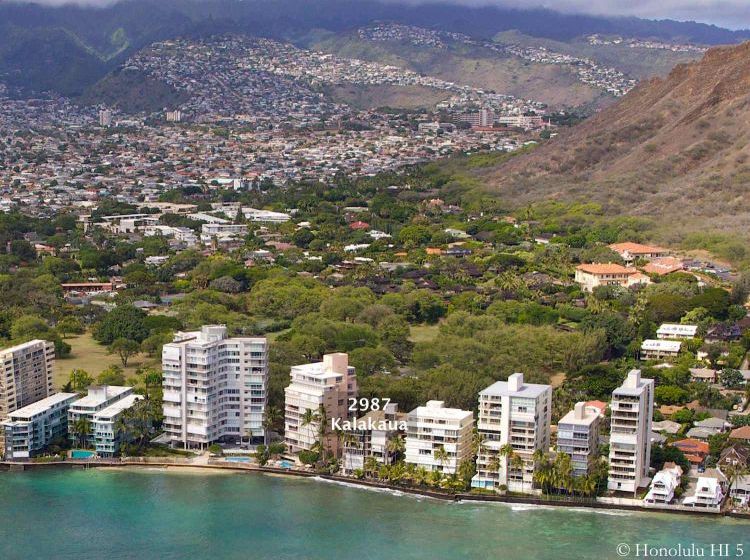 About 2987 Kalakaua
2987 Kalakaua is a true classic, erected in the mid-Century era when Hawaii's tourism industry was just picking up. When the first residents moved in, they did so in the Territory of Hawaii as Statehood was still 6 years away. Some may wonder if this property has seen its best days. The truth is, you have nothing to worry about.

A sure sign of the enduring quality & desirability of this building are the price levels it continues to hold. The most recent sale, a mauka side 1BR with Diamond Head views, went for $638K. That's a solid reflection of the value of both the Gold Coast location and the units themselves.

The most desirable units, the 05 & 06 condos, sit on the ocean side of the building, looking out directly on the waves gliding in and out of the shore. It's not just the view itself that keeps this property so in demand. It's the fact that the building codes at the time allowed Hawaii's Gold Coast condos, like 2987, to be constructed closer to the ocean than any since.

If a structure were put up today on this same land, it would have to be set back much further. You're not just buying a view, you're buying the best one, possibly ever.

Living this close also means you have your own private gate to the beach, along with an outdoor shower to get all the sand off after yet another visit to the sand and surf. When it's virtually on your doorstep, there's always time to hit the shore, if only for a brief time to recharge. Or as a quick reminder of just how lucky you are to live here.

With Kapiolani Park waiting across the street, Waikiki a few minutes by foot and the iconic Diamond Head standing above, 2987 Kalakaua is a place you dream of calling home – and sometimes dreams can come true.