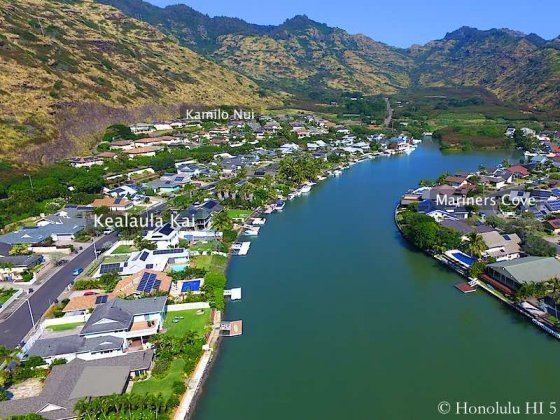 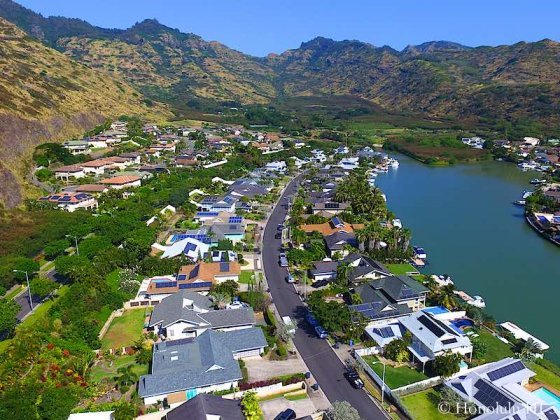 Kealaula Kai in Hawaii Kai is located just past the Anchorage neighborhood along the west shore at the very the back portion of the Hawaii Kai Marina. Kealaula Kai real estate consists of only 63 single family homes. It is often viewed as a natural extension to the adjacent Anchorage subdivision, even though the homes here look distinctively different. The Kealaula Kai subdivision includes all homes north from the 7339 block on Makaa St, as well as all homes on Makaa Pl and Kanoenoe St.

Kealaula Kai homes feature composition shingle roofs rather than the more foraml looking heavier concrete tile roofs. Only a handful of floorplans are reoccuring with slight variations throughout the neighborhood, giving the neighborhood a clean consistent look. A number of homeowners have since enlarged the original foot print of their Kealaula Kai home, added a patio or deck, or even added a second floor grand master bedroom addition.

There are only 29 of all Kealaula Kai homes right on the Hawaii Kai Marina with the ability to dock your boat just past your back yard. All marina front Kealaula Kai homes enjoy awesome east facing marina views with sunrise views and the impressive Koko Crater dominating the views across the marina.

There are no vacant buildable lots remaining at Kealaula Kai. This subdivision has been all built out since 1988.

Rarely do Kealaula Kai homes become available for sale. If you enjoy what the Hawaii Kai Marina has to offer, you might want to consider these homes as an option.

You may also be interested in.....
West Marina homes, Anchorage homes and Luna Kai homes.  Alternatively, see all Hawaii Kai homes for sale or expand to all Honolulu homes for sale.