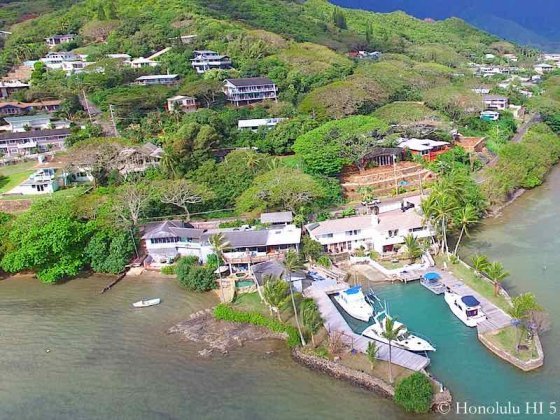 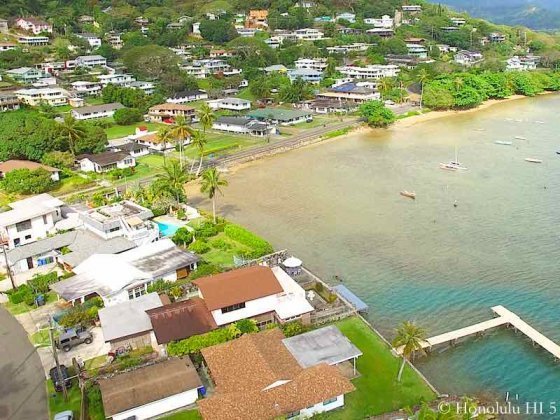 Lulani Ocean neighborhood is so far north on the Windward Side, it's often difficult to realize it falls within Kaneohe's city limits. To get there you head north on Kamehameha Hwy, past both He'eia Pond and He'eia State Park, through untamed ocean on your right and deep green hills on your left. You feel you've left the city behind, and, the truth is, you have.

A hook turn on this coastline banishes from view all the ground you've covered behind you, ushering you into a decisively rural landscape everywhere you look. You're home.

LULANI OCEAN HOMES – UNIQUE VIEWPOINTS
The first homes of Lulani Ocean were built on these lots in the early 1950's, taking advantage of the hillside's slopes to give residents a flawless gaze down upon the Pacific. That panoramic view is just as amazing now as it was then. Though there are certainly more houses now, your environment looks much the same as it did when the first residents arrived in the middle of the 20th Century.

From your windows and lanai, you look out at more than just the awesome blue waters. Straight ahead are the Ahu'Olaka and Kapapa Islands and, to the north, the timeless charm of Chinaman's Hat, always ready to bring a lift to your day.

The outlook has inspired Lulani Ocean homeowners to build extremely large lanai spaces in many cases, some taking up over 1,000 sq ft! Those who find an outdoor retreat important will be very happy here.

Inside, most of the houses have from 1,400 to 3,000 sq ft, making them larger than most, but not palatial. Some can certainly be found on either side of that span, but it accounts for most properties on the hillside.

The majority of lots follow those same guidelines, providing 7,000 to 11,000 sq ft of land. Again, good sized, but not expansive. Exceptions exist here, too, with some hitting 20,000 or even 55,000 sq ft, for those who want something with more room.

Though the oldest homes do date to the 50's, you'll find that the residences come from every decade since, right up to the most recent years. Some are rebuilds, of course, but this spread is evidence of a neighborhood that was settled over the decades, rather than all at once.

A PLACE OF RENEWAL
With that abrupt turn around the point just south of Lulani Ocean and the absence of any real build-up outside of homes that rarely, if ever, go past a second story, this is a transition point. Here, you can almost say that the North Shore begins. It's a return to the country after Kailua and Kaneohe's comparatively modern appearance.

Come up the highway on your way home and you'll feel that change. More than just a drive, returning home to Lulani Ocean is a transformation. One that will never lose its wonder or power.

You may also be interested in.....
Alii Shores homes, Kaneohe Bay homes and Lilipuna homes.   Alternatively, see all Kaneohe homes for sale or expand to all Oahu homes for sale.