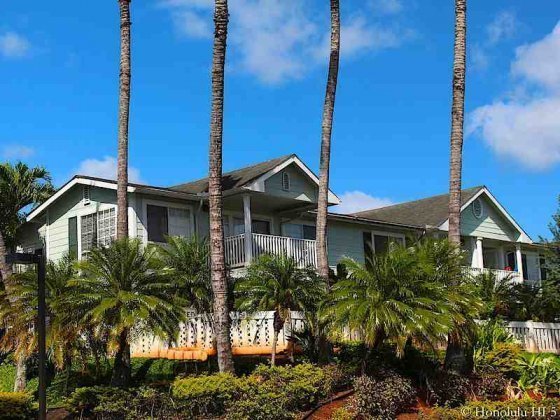 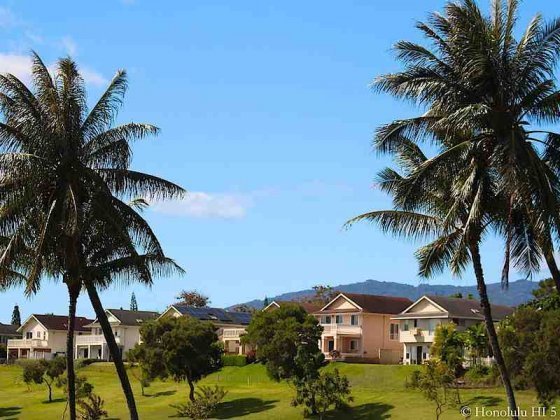 The Waikele and Waipahu communities may be cheek to cheek, but they're very different environments. It is easy to tell when they experienced their build-up just by driving the streets of these 2 neighborhoods.

Waipahu is very much a product of the development explosion during the 1960's & 70's, as the population surged and urbanization spread out from Honolulu to satisfy the need for new, and affordable, housing.

Waipahu condos are almost all from those 2 decades, yet not in the elevated build-up you'd expect. Most are walk-ups of 2 to 4 stories, intended to be basic residences, rather than amenity-filled towers.

Another common factor is that the majority are located on or within a few blocks of Farrington Highway. Intentionally or not, it benefitted commuters to be right on this main artery, and still does.

The very few exceptions to this template sit in the section north of H-1. In that sector are a small number of townhome communities like Kulana Knolls and Parkview Village, all built in the last 2 decades of the 20th Century. With their friendly, wooden facades and more natural surroundings, they could almost be part of our next stop.

Waikele lies to the northeast, separated from Waipahu by H-1 on its south and Kipapa Gulch on the west. A look at Google Maps shows the contrast between them immediately. Waikele's homes are surrounded by green parks and fairways everywhere within the town. Waikele is the planned, suburban 1990's counterpart to the urban Waipahu.

Waikele condos are townhomes or units in communities of multiple 2 story building. Intimate neighborhoods within the neighborhood. The Ho'okumu at Waikele, for example, has 14 separate buildings, all 2 story, with 136 units, right next to the shopper's heaven of the Waikele Outlets. Or there's the Village on the Green, whose homes surround a fairway on Waikele Golf Course. 23 buildings, the same 2 stories and 285 condos in them.

It's amazing that such distinct properties can be so close to each other. Each satisfies different needs, different budgets and different desires. Chances are, just from reading this, you already know which is right for you.

You may also be interested in checking out...
Ewa Beach townhomes, Kapolei townhomes or Ko Olina townhomes. Alternatively, expand searching all Oahu townhomes for sale.