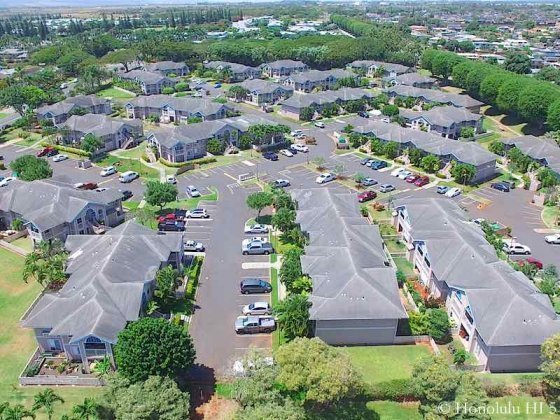 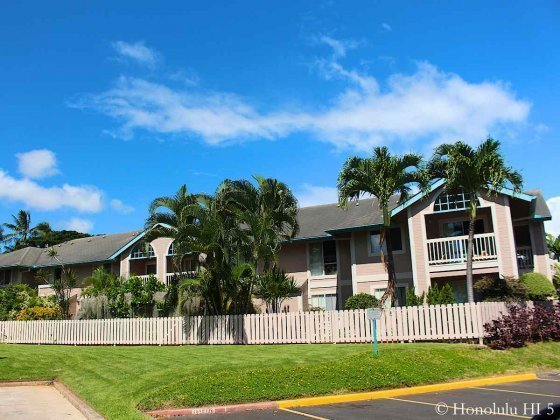 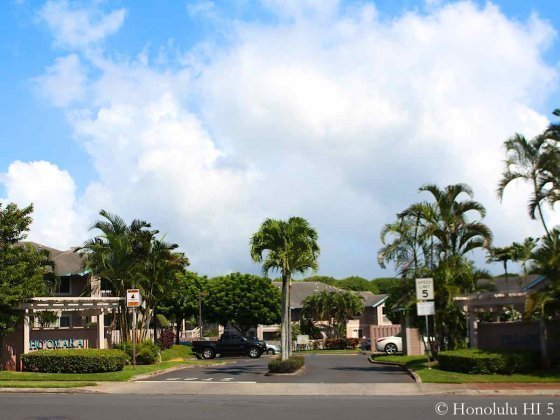 About Hoomaka Village
Hoomaka Village was one of Waikele's initial communities, built in 1991 on the east side of the district. The blueprint of Waikele – green spaces, low-rise buildings and an unobstructed skyline – is all here.

That green space extends to some of the Hoomaka Village homes, specifically those on the ground floor. Each of them has an enclosed backyard area of 90 sq ft, with some growing to 200 sq ft on the corner residences. Depending on the residence, some are small grass yards, some lanais and a few have elements of both to enjoy.

Some of the units look out on the Mitsuo Mits Shito Park right next door. An expansive green expanse with trees ringing it, it's made for contemplation or a fun game of touch football.

Along with these natural spaces, you reside very near to where Route 99, H2 and H1 all cross each other, putting you at transit central. No matter where you're going - to work in Honolulu, up to Haleiwa or to the 2nd City options of Kapolei - you've got the on-ramp to do it in no time.

Hoomaka Village is a great place to dive into the lifestyle of this neighborhood that has proved so popular. In your private backyard space or out in the fresh air of Waikele, you'll always know you made the right decision to come here.

Also check out nearby Hoomalu at Waikele, Hookumu at Waikele or Mahi Ko at Waikele. Here is a list of all Waikele townhomes for sale.