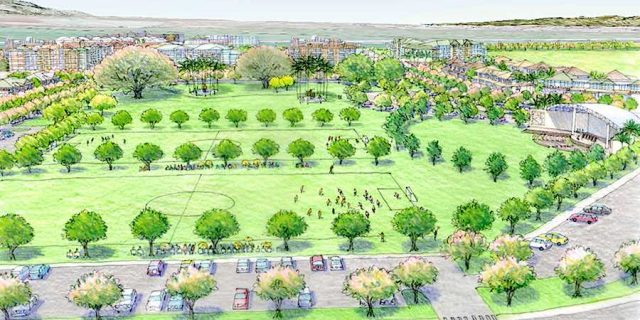 With all of the attention that Kapolei has gotten in the last couple of decades, it’s almost old news now as it continues to grow and rise out of the Ewa Plain. However, recent real estate developments in West Oahu are pointing to changes in West Oahu that truly are game-changers, not only in the world of Kapolei and Ko Olina real estate, but in every aspect of the future of these two communities.

Specifically how they are now starting to merge, fulfilling the 2nd City vision that has been elusive in some key ways. Until now.

A prime driver for this is the entrance of China Oceanwide Holdings, a Chinese company, that has made major purchases of lands in both areas. In Ko Olina they made 2 headline-grabbing buys, comprising 5 different lots. 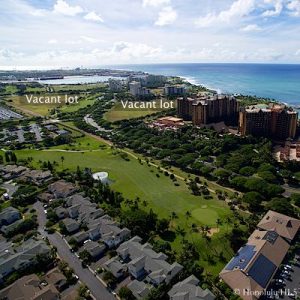 The 1st project announced was for a hotel and condo tower, both luxury-branded, and each with 150 units. The towers will enjoy oceanfront property as well as commercial spaces for their shopping and dining pleasure. To make things even more attractive to potential buyers, the condo owners will have full use of the resort amenities.

This was followed up just recently by the news that an Atlantis Resort, the first in the US, would finally get a green light to be built on Oceanwide’s property as well, a goal that had been delayed for 10 years, waiting for the right backer.

When completed this will be one of, if not the most, expensive resorts ever built. Anywhere. A concrete sign that large-scale investors see long term growth in West Oahu. It’s also a sign that smaller pocketbooks, such as average homebuyers, can draw confidence from, too. 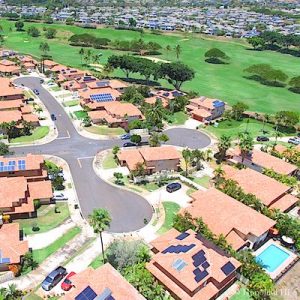 Kapolei real estate is emerging as equally attractive. Oceanwide has made that clear by adding to their portfolio a huge section of West Kapolei, encompassing 516 acres, that forms a bridge linking Local-centered Kapolei with Visitor-focused Ko Olina. The connection between them will now be seamless and sound. They are both now part of a greater whole.

As it stands today, the plan for these lands is a golf-centered community, with 2,500 townhomes and condos as well as commercial areas. This has been a long-time goal here, but, like the Atlantis project, only got kick-started through Oceanwide’s investment.

HOOPILI ANCHORING THE EAST SIDE 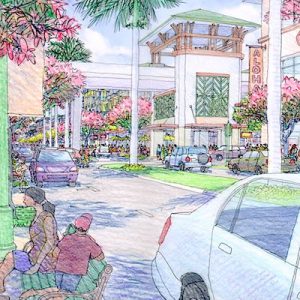 If we turn our attention to East Kapolei, you’ll find just as much happening, all of it aimed at the residential market. Ground has just been broken on the Hoopili development, slated to add 11,750 homes to the landscape when completed in the summer of 2017.

This has a similar effect to what’s happening on the West, but forming a bridge between Kapolei and Ewa Beach here. This is no bedroom community they’re building, either.

Hoopili will have its own shops, restaurants, schools, farms and parks. There are also plans for a 535,000 sq ft retail center that will have at least 2 big box stores and over 2,000 parking spaces. Not your small local strip mall.

The overall planning is intended to give residents all of these essentials within walking distance from home, creating a pedestrian and bike-friendly community. That will include 15 to 20 parks, all at least an acre in size, with at least one being within a 5 minute walk of every residence.

The composition of the homes will fill every kind of option, mixing in single family homes, townhomes and condos within the almost self-contained city of this neighborhood. Some will be live-work, providing the room for retail or office space along with your residence, providing a choice very attractive to entrepreneurs.

THE MISSING CORNERSTONE OF THE 2nd CITY
One of the major impacts of these additions and changes is changing one of the major barriers to this area becoming the true 2nd City: Jobs.

When so many of your residents crowd the highway heading to Honolulu every weekday morning, it’s hard to claim that this is an economic and employment center. That is changing, with a future being laid out that is aimed at reducing that traffic going east:

The impact on Kapolei real estate will be especially important for our local residents, because the growth in employment opportunities here will fuel even greater demand for homes there, where residents can live near these new job centers. 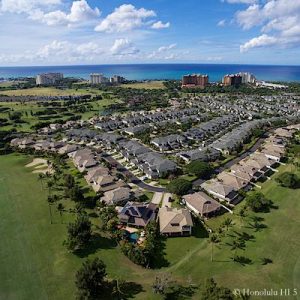 Ko Olina real estate should see even greater gains due to their status on the higher end of the market, as well as the fact that it will always have limited inventory, even when these projects are finished and open. Living near, beside, or even inside world-class luxury resorts in Hawaii is a certain winner with buyers who can afford the best.

With these developments laid out, the 2nd City is preparing to fully come into its own, providing the employment opportunities, the expanse and the lifestyle range that its title requires. As far as this area has already come, it is about to take another huge leap.

The merging of this entire area benefits all, bringing jobs to residents, new innovative attractions to tourists and shopping, dining and recreation for both. That all equals a new real estate boom in Kapolei and Ko Olina, at every rung of the market, beyond even what they’ve experienced already. Buying now might be the smartest move you make.