Kailua – A Town With a View 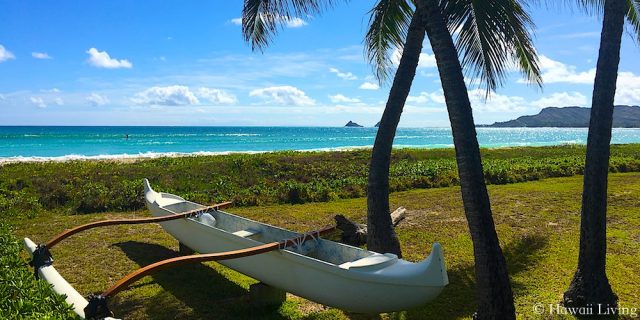 Every home in Kailua – condos and cottages, tract homes and beach-front estates – has a room with a view, whether of a lush valley, trees bursting in all their floral splendor, majestic mountains, green hillsides, or arguably the most beautiful beaches in the world.

From tranquil turquoise waters that lap at long stretches of white sand beaches to backdrops of ancient volcanic mountain ranges that loom as the town’s backdrop, Kailua is stunning.

Kailua is nestled on the Windward side of Oahu. Its name roughly translates to two seas, named for two fishponds (Kawainui and Ka`elepulu) that were once lagoons that opened to the sea. Today, Kailua rests between Kailua Bay and vast wetland preserves called Kawainui and Hamakua Marsh.  Kawainui-Hamakua Marsh complex is a wildlife preserve, a beautiful place to see rare birds found only in Hawaii and in their native habitat. 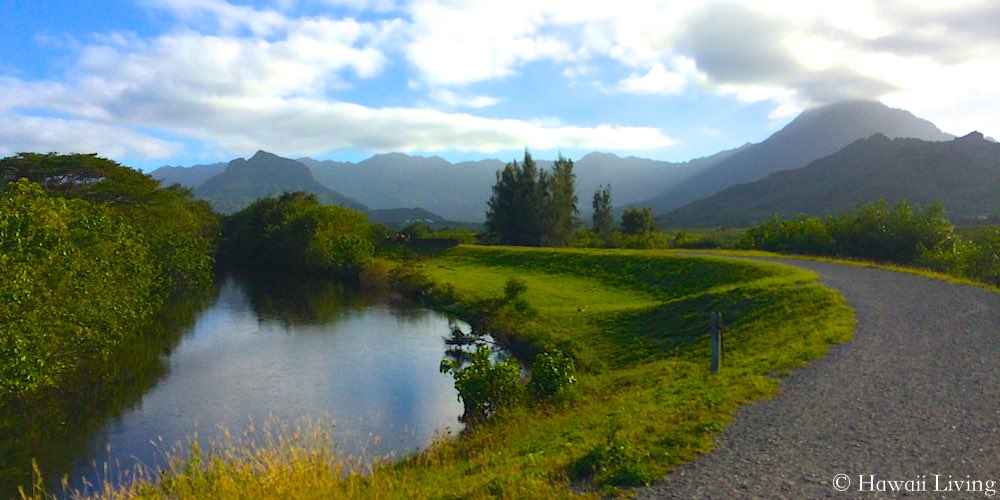 Pivoting to look out from the town’s Lanikai and Kailua award-winning beaches are the twin peaks of the Mokulua Islands, also bird sanctuaries, which sit off the coast as one of Kailua’s most recognizable features. 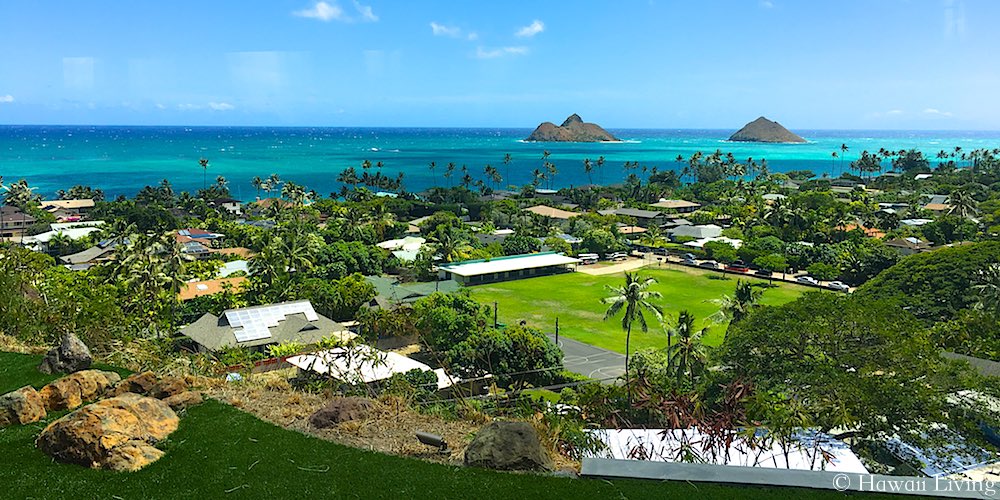 However, it’s not just the views of a tropical paradise that are enticing; it’s the vibrant, yet beach-town relaxed atmosphere that will captivate your attention, drawing you in to make Kailua your home.  There are so many reasons to take root in Kailua – moving up, relocating or just looking for a change of scenery – this is the place that embraces aloha.

Just 15 miles from downtown Honolulu (with spectacular views on the way there and back), Kailua is a straight shot commute to work, making this community an attractive place to buy a home. If you think Kailua is just a bedroom community, think again.  Yes, you can come home and kick-off your ‘slippahs’ (flip flops), but Kailua is its own unique destination with a hip hub of sporty, fun activities.

Kailua Town, at the center of Kailua, is enchanting with its mix of name-brand stores and boutique shops featuring local artisan crafts and wares.  Coffee shops and hole-in-the-wall eateries are scattered between the boutiques with local-flavored fare as well as more sophisticated dining spots for when you’re tired of cooking at home.  Stroll through Kailua Town and taken in local art galleries and farmers’ markets, then kickback and enjoy the local brewpubs and wine bars that draw lively crowds. 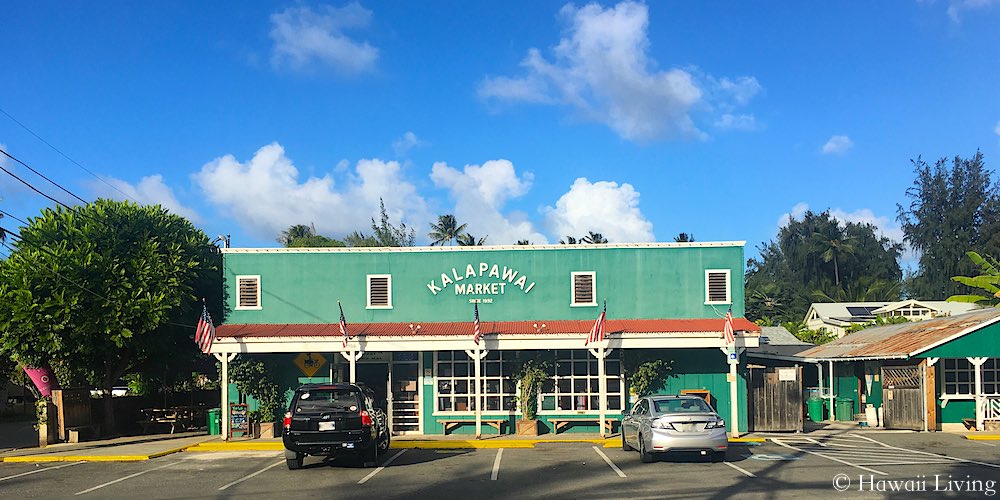 It’s easy to embrace this beachy-style of living.  In fact, 38,000+ residents are proud to live in Kailua where home and family are key elements to the town’s idyllic life. A family-friendly, multi-generational town, Kailua welcomes both young and old. Whether you are an active single person, a growing family or settling into your retirement, it is this community where you will find a sense of place.

Public schools in Kailua are often ranked as some of the best in the state with both charter and traditional public schools available.  Private schools in Kailua also offer a variety of educational curriculum including those with religious affiliations.  Le Jardin Academy, an International Baccalaureate School, is also part of the Kailua community, offering students and families an education that extends from pre-school through high school.  Even the schools have views! 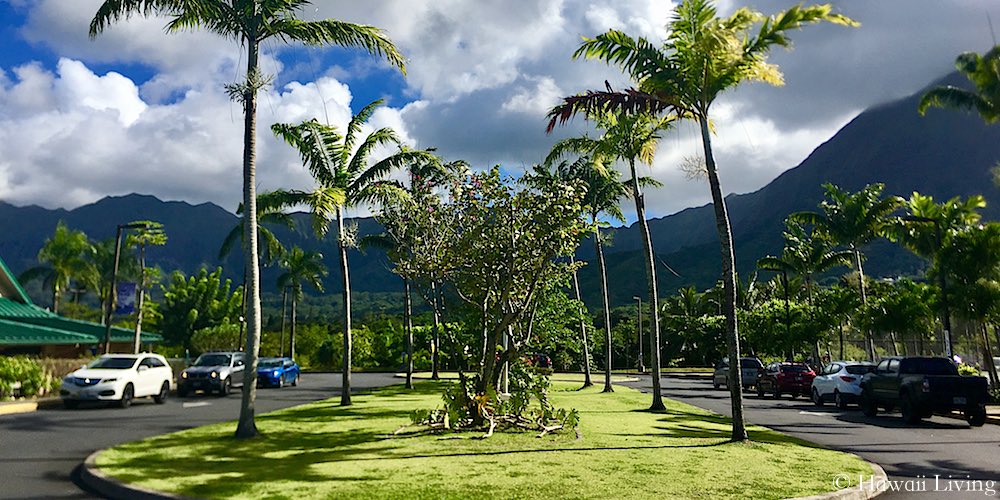 With family life comes a host of children’s activities in the community including extra-curricular activities from the arts to almost every sport and club imaginable.

Of course, the number one destination for young and old alike is Kailua and Lanikai beaches – both have been repeatedly named top beaches in the world. With the protected and gentle drop off, Kailua Bay is ideal for swimming, kayaking, outrigger paddling, surfing, and stand-up paddle boarding (SUP).  Kailua beach is world-famous for being the location that inspired both windsurfing and kite surfing and is home to Robby Naish, internationally famous in the sports of kite and windsurfing.

Look to the mountains and you’ll see hikers, climbers, and other thrill-seekers. Back on the ground, you’ll notice that there’s not an hour of the day that goes by that all ages of Kailuans are out and about doing some sort of activity.  Hiking, running, walking and biking trails dot Kailua and the surrounding area. There is no shortage of exercise classes to fit everyone’s skill level and personal goals. Yoga, Pilates, barre, Zumba, and martial arts are all offered. 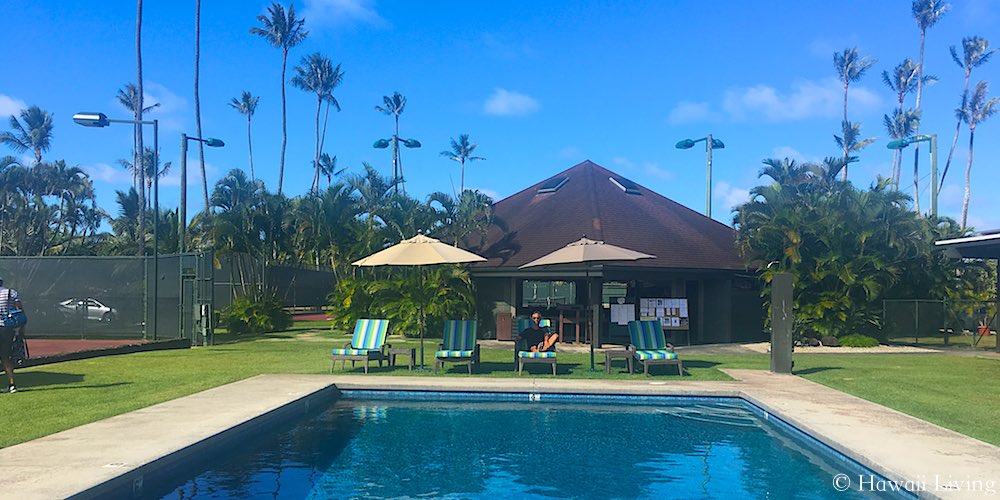 Prefer taking in the view from the links or courts? Then you won’t be disappointed. Golfers have their choice: Mid-Pacific Country Club (private), a favorite of former U.S. President Barack Obama; Royal Hawaiian Golf Club; Olomana Golf Club, Kaneohe Klipper Golf Course at the Marine Corps Base (for those with military clearance). Several more golf courses with views are within six miles from Kailua. For tennis fans, there are courts at Kailua District Park and at the private Kailua Racquet Club. Just within range is the Kaneohe Yacht Club that adds boating activities and socializing to the mix.  All with awe-inspiring views!

Yes, living in Kailua is an instant upgrade to 360-degrees of absolutely breathtaking views. After you catch your breath from the first look, you’ll understand why a must-have is your daily Kailua fix. 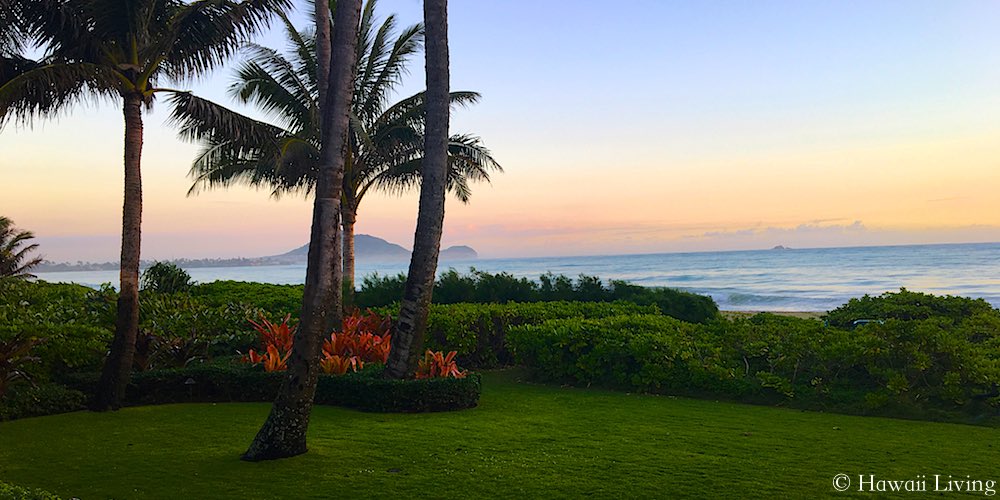