Kailua: From the Mountains to the Ocean 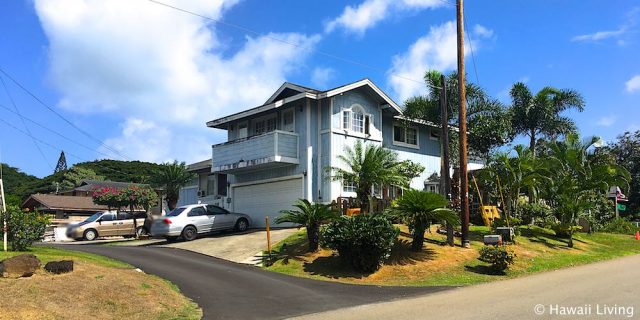 Kailua, on the windward side of Oahu, is home to more than 53,500 people with mostly all having the similar desire to live a casual beach-style lifestyle without altering their natural surroundings. Probably the only thing Kailuans continually discuss, for the betterment of the town, of course, is how to maintain our sense of place, especially our environment, while embracing others.

The environment is exceptionally important because it surrounds our neighborhoods, giving each enclave of Kailua real estate its own unique gifts and nuances that add to the overall charm of Kailua and our active lifestyles.

When approaching Kailua from Honolulu, the drive through the Pali tunnels provides an awe-inspiring overview. I advise first time travelers to pull over at the lookouts to take in this spectacular view of the bays (Kailua and Kaneohe) and Mount Olomana, where it is apparent how these landmarks define our everyday lifestyle and views.

Starting at the top of Kailua’s ahupua’a (ancient Hawaiian slice of land from the mountains to the ocean that continues to define Kailua) and working our way down into this breathtakingly beautiful town, you’ll find the lush, tropical neighborhood of Maunawili. 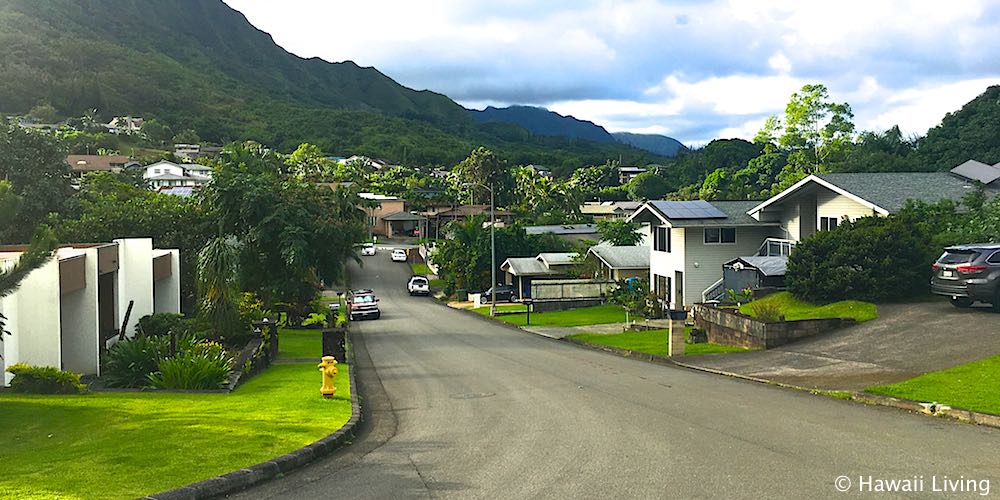 Maunawili, even though it has the same zip code as Kailua, is also a residential census-designated place in the City and County of Honolulu with a population of just over 2,000 residents.  Set back from the Pali Highway (turn off at the second Auloa Rd. exit) just before Kalaniana’ole Highway/Castle Hospital intersection, and nestled under the dramatic Olomano and Ko’olau mountains, Maunawili is the vision of old Hawaii. Almost all of the properties are private residential homes that range from established estates to family homes.  An unspoiled piece of Kailua real estate – a tropical, yet rural countryside with all the amenities of today’s living, Maunawili is known for its horse farms, agricultural lands and great hikes.

Maunawili’s first homes were established in the mid-to-late 1800s with King Kalakaua and Queen Lili’uokalani taking a stay-cation at what was once called the Irwin estate. Today that estate is the semi-private Royal Hawaiian Country Club & Golf Course. The only commercial establishment in Maunawili, its grounds are beautifully maintained; however, the Irwin’s coffee, avocado, and banana trees now grow wild throughout the lush expansive valley and mountain sides surrounding the Golf Club. Hikers love Maunawili as it is the home to both Maunawili Falls and Mount Olomana. The trail to the falls starts out at the same road to the Golf Club. Along the way, you’ll come to a Maunawili Falls Trail sign. Please be respectful of the residents and their beautiful homes in this quiet neighborhood. If you choose to hike Olomana, keep in mind that it is considered to be the most treacherous hike on Oahu.
This neighborhood is very family friendly as you can tell with a visit to Maunawili Community Park. It’s hard to miss everyone playing after work on the basketball and tennis courts. Dogs are running and playing with their owners and often mornings are filled with friends working out. Zoned for the top-rated elementary school, Maunawili Elementary, the area is also very close to Trinity Christian School and Le Jardin Academy for those wishing a private school education for their children. Castle Medical Center is just a few minutes away as is the local Maunawili fire station.
Maunawili homes including those with horse stables and riding arenas have a median selling price of $1.05-million dollars today. 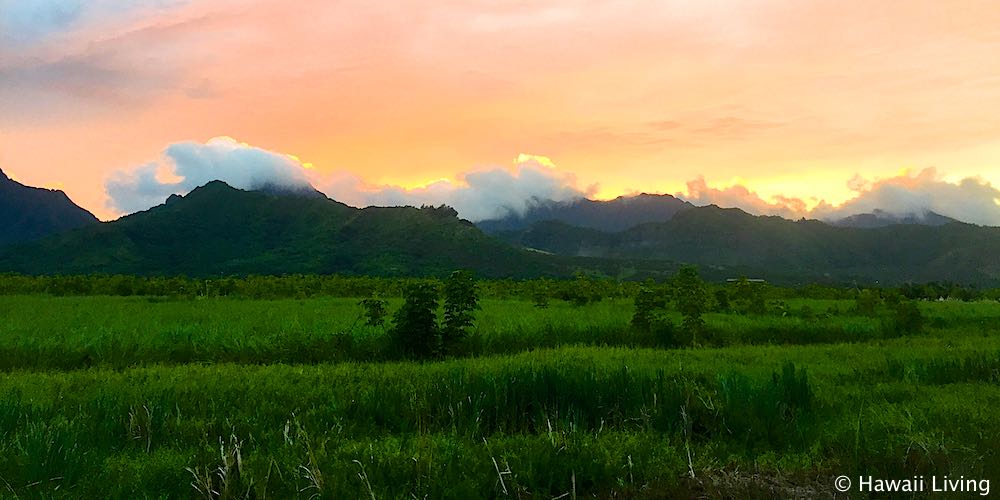 Soon after Maunawili is a small neighborhood referred to as Kukanono. Kukanono is on the opposite side of the Pali Highway, which at this point changes to a new name, Kailua Road. The neighborhood is conveniently located just past Castle Medical Center, fronting Kawai Nui Marsh, and set behind what is casually referenced as Church Road. Like those who live in Maunawili, Kukanono residents have easy access to the Pali Highway Honolulu-bound or to Kailua Town just five minutes down Kailua Road, or the scenic drive to Hanauma Bay and East Honolulu.

Having open space and protected wetlands as your backdrop is a key that keeps this neighborhood small and private. Residents of Kukanono have easy access to the Castle Medical Center and at the other end of the neighborhood, the YMCA. Many in the Kailua community have memberships at the YMCA and take advantage of its amenities, such as a heated-salt water pool, a playground, more than 80 classes a week, and a fully staffed and equipped fitness center. 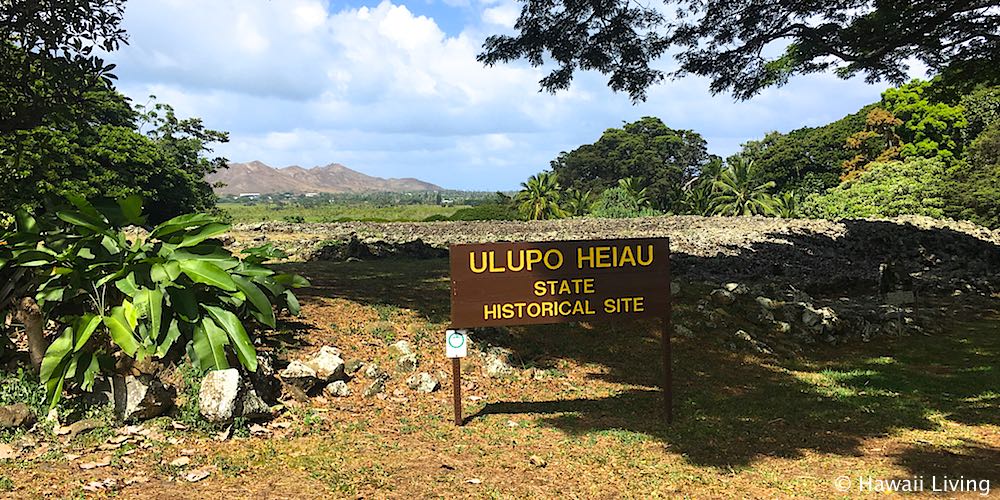 Behind the YMCA is one of the entrances to the Kawai Nui Marsh and home to the sacred Hawaiian site, Ulupo Heiau, an important gathering place for teaching of Hawaiian culture and ancestry. Now a Hawaii State Monument, The Heiau was once a designated religious location (1750s), most likely where native Hawaiians came to pray for success in war and/or a bountiful harvest. This is one of the largest heiau in Hawaii.

Homes in this neighborhood do not come on the market very often. Only two have been sold in the past year, each purchased for close to $1.2-million. A unique neighborhood, Kukanono is worth keeping an eye out for that special home when it comes on the market.

Getting closer to the ocean, but still hugging Kawai Nui Marsh and marsh land is the Kailua community known as Coconut Grove. The area between Oneawa Street and Kihapai Street is an older neighborhood with some homes originally built in the 1940s but well-maintained. Coconut Grove is a very popular area, as it is in walking distance to shopping and the beach. As a resident of Coconut Grove, I am, of course, partial to my neighborhood. I love walking my dog along Kawainui Marsh and meeting up with my friends at the Kailua Racquet Club. The closest gym, Anytime Fitness Kailua, is just minutes away and it’s brand new. I also am only a five-minute bike ride to Kalama Beach Park and about five minutes by car to Whole Foods and Core Power Yoga. Access to the Pali Highway and H3 is excellent and except for Oneawa Street, the main street from Kaneohe to Kailua, there isn’t much traffic. 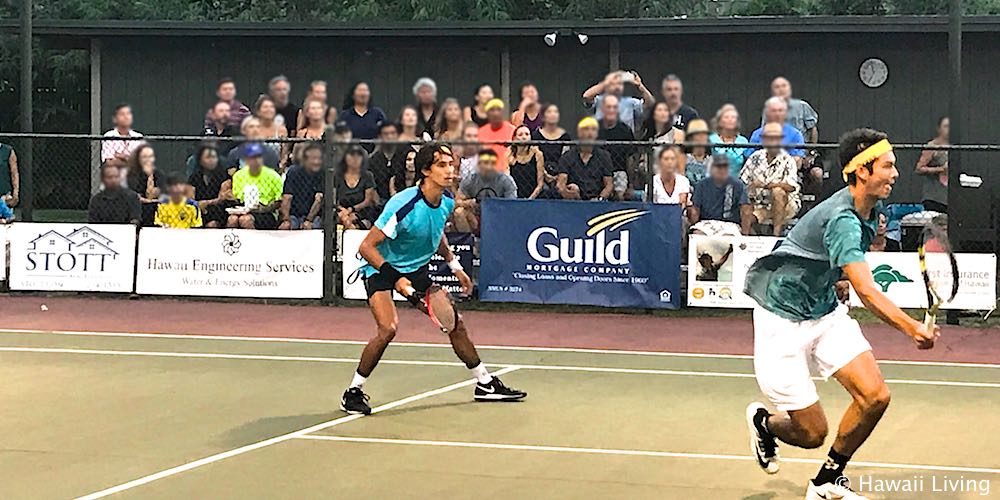 Coconut Grove is not a touristy area at all, even with its close proximity to Kailua Town’s shops and attractions and the small, original boutique shops and restaurants right in the neighborhood. Homes in Coconut Grove range from small single-wall constructed fixer-uppers to newly built, spec homes. Prices have been steadily increasing over the past few years; but when compared to other popular neighborhoods in Kailua, Coconut Grove prices are more reasonable, with a median sales price of around $767,000 during this past year. 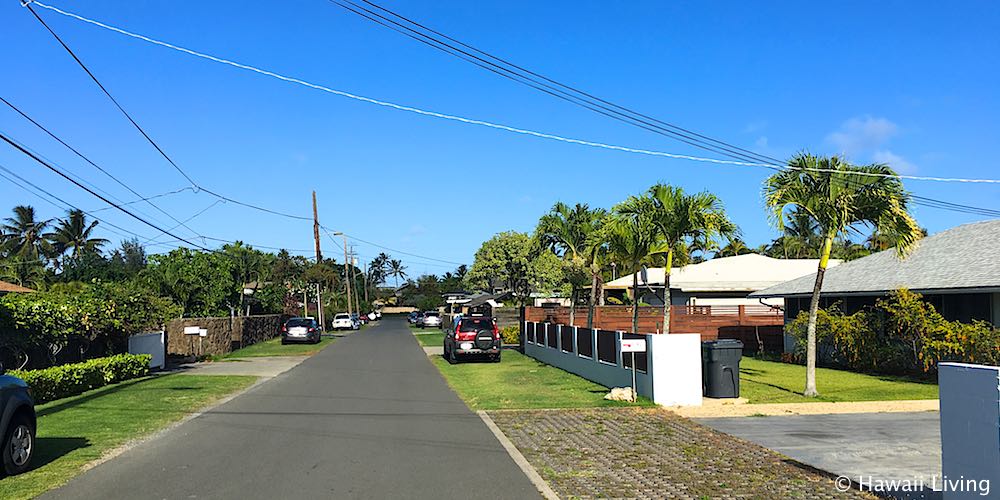 Getting ever so much closer to the beach is Koolaupoku, located right next to Coconut Grove. Koolaupoku is the more beachy, expensive neighbor to Coconut Grove and includes the wide avenue with a palm-lined median that often acts as stopover for ducks that cross the road from bordering Kawainui Canal, and is aptly nicknamed Duck Lane (otherwise known as Kawainui Drive). Duck Lane and other well-known Koolaupoku streets, Kaha Street and Kaimake Loop, feature highly desirable homes all in walking-distance to the beach. The closer they are located to the ocean and the beachside neighborhood, the higher the listing price. This is very common for Kailua real estate. For example, the median sales price over the past year is $1.13 million.

Koolaupoku also has easy access to Kailua Town, the Pali Highway, the Marine Corps Base Hawaii, and the H-3. For families with young children, Kainalu Elementary School right off Duck Lane, is the school zoned for the residents of Koolaupoku.

Continuing down toward the ocean is another family-friendly neighborhood, Aikahi Park. Aikahi Park is located in Kailua yet borders Kaneohe. 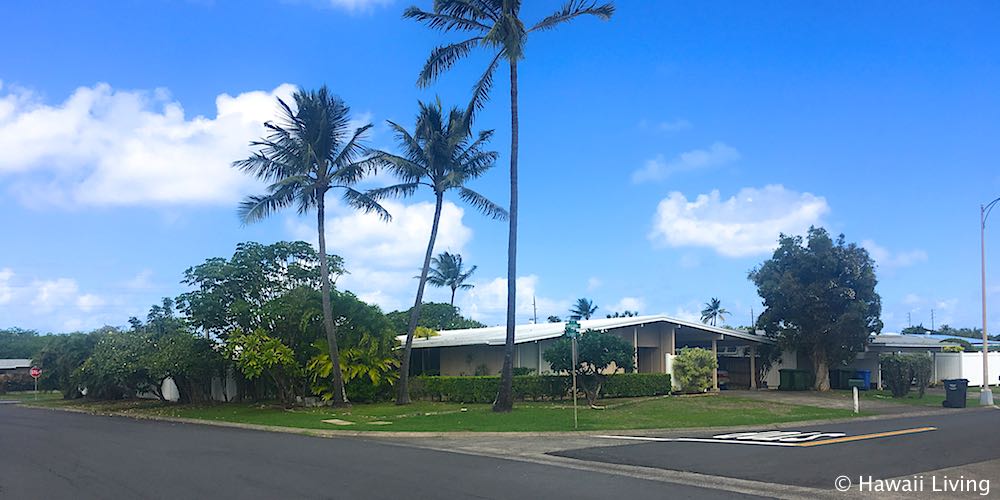 Living in Aikahi is very popular, especially with professionals and military families, due to Aikahi Park’s close proximity to Marine Corps Base Hawaii (affectionately referred to as K-Bay) and the interstate highway known as the H-3 that was originally built to carry vehicles and personnel from K-Bay to Pearl Harbor, but now serves as a quick way to Daniel K Inouye International Airport, and points leeward. The H-3 is very convenient but unobtrusive to this quiet neighborhood that is tucked off the main roads of Mokapu Boulevard/Mokapu Road and Kaneohe Bay Drive. The neighborhood also borders Nu’upia Pond, which is part of the Kaneohe Bay wetland system.

Aikahi Park has one major street, Aikahi Loop, with side streets cutting through the loop, creating a safe area for families to bike, run and skateboard. The neighborhood is considered so safe that it is a popular destination for Halloween trick-or-treaters, both young and old, and a festive gathering for the community. 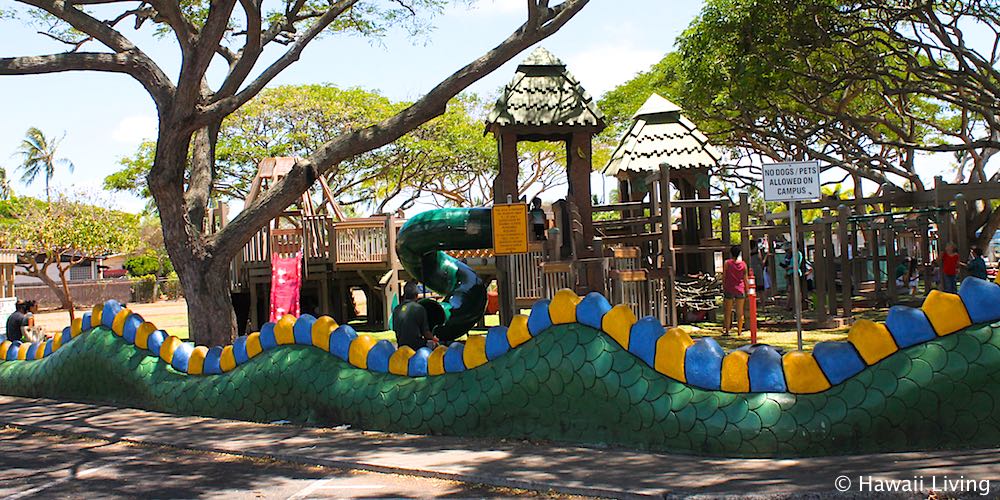 Families often hope to buy a home in Aikahi Park for the school zoning. Aikahi Elementary School for grades kindergarten through sixth is part of the Windward School District. The school, located at the beginning of the neighborhood, is consistently rated as one of the best public elementary schools on Oahu and even has a special education program for the Windward District’s Hard of Hearing/Deaf Program. In addition to the schools’ academic accolades, it is known for the community-built playground (with help from the U.S. Marines), Aikahi Community Park, that sits behind the school. The park is maintained by the PTA of the school, and use of the facilities by the public is discouraged. However, the school is tolerant after school hours as long as it is not during peak pickup-student time. What makes this playground unique is the wooden play equipment and larger-than-life sculptures of a dragon, gecko, honu—the green sea turtle, etc., with most being climbable. There is also a public playground behind the school, behind the baseball field. The entrance is off Kaneohe Bay Drive. It is a four-acre park with basketball and volleyball courts, softball fields, and pavilion.

Conveniently located and a safety plus is the Aikahi Park fire station opposite the school and adjacent to the Aikahi Park Shopping Center. A Safeway Supermarket is the anchor at Aikahi Park Shopping Center, and residents can enjoy a variety of restaurants, the longest-established, being the very popular Korean restaurant, The Willow Tree. Most of the stores and services are locally owned beauty and health, financial and personal services, and the Island-wide favorite, Tamura’s Fine Wines and Liquors, known for its amazing selection of wines, craft beers and its famous fresh poke. The neighborhood is also in walking distance of Kailua Beach, and just a quick car or bicycle ride to Kailua Town.

This neighborhood often appeals to those accustomed to mainland living styles, too, with continuity in the street layouts. Aikahi also boasts uninterrupted views since utilities have been buried underground. The majority of the residences are ranch-style homes built in the 1960s and ’70s and range in size from moderate family homes with large yards to homes that have been extensively remodeled, expanding their original floor plans. Aikahi Park properties are about 8,000 square feet to more than 11,000 square feet with the median price in the past 12-months at $1.24 million.

From the mountains to the ocean, Kailua has a neighborhood that will suit your preferences. There is definitely something for everyone in Kailua.

Kailua: From the Mountains to the Ocean was last modified: September 6th, 2021 by Hawaii Living