Makakilo History: From Signs in The Skies to Modern Real Estate 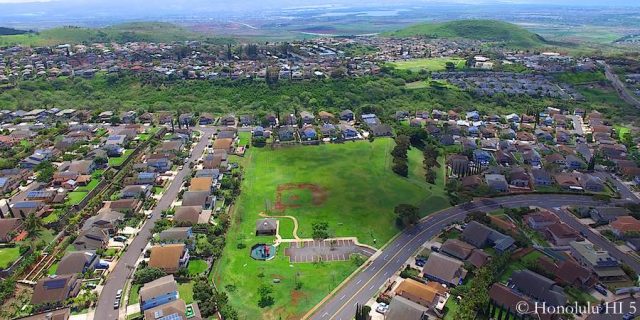 Makakilo’s value in Pre-Contact Hawaii rested, just as it does today, on its elevation above the Ewa Plain. Kahunas came to the peaks here to watch the skies by day and the stars at night, divining signs that foretold the future and spoke the will of the gods.

The Ali’i depended on these priests for guidance in almost every aspect of their lives, from whether their conduct pleased the deities to the opportune time to attack their enemies. Makakilo played a central role for centuries in Oahu, affecting, sometimes making, almost every major decision facing the Chiefs, along with many minor ones as well. When this hillside spoke, the Island listened.

The significance of this place automatically made most of this area off-limits to commoners, ensuring that no one lived on these slopes beyond the kahunas at the very top. Another major issue was the inability to build on Makakilo’s angled landscape with the construction technology available until much later.

That meant that even after the traditional Hawaiian religion was made illegal by Queen Kaahumanu, ending the importance of these heights, the property remained quiet and unoccupied in any appreciable way for some time to come.

That was reflected down below on the Ewa Plain. There was little there that could be called man-made at this time. The entire area, outside of the most makai part of today’s town of Ewa Beach, was almost completely untouched, nature growing freely in this warmer part of Oahu. Until, that is, James Campbell would change that, buying up just about the entire plain and turning it into a flourishing plantation in the late 1800’s.

The observational advantages here attracted another new presence in the early decades of the 20th Century. The US Army realized how effective the site could be for protecting the Island, so a bunker, 5 stories tall, was built. 16-inch guns were installed that could bombard invading ships along with pillboxes, some of which are still there today.

The bunker was part of Fort Barrette, which stood on the plain below. The Japanese attack on December 7th, 1941 included the fort, with one casualty and a few wounded. The bunker’s involvement in that significant day is unclear, though. The fort, and therefore the bunker, would be basically shut down a few years later after a feared forthcoming Japanese invasion never materialized.

What Made the Makakilo Neighborhood Happen
The Post-War construction boom, in response to population growth, combined with advancement in building techniques and equipment, finally made Makakilo a feasible place to construct a neighborhood. It should be acknowledged that this probably would not have happened, at least at this point in time, without 2 factors.

The first being the keen eye of James Campbell who saw the potential of the Ewa Plain.Widely written off as worthless lands, his plantation put this part of the Island on the map.

The other was the wartime build-up of Barber’s Point Navy base, which turned a small airfield into a substantial part of the military presence in Hawaii.

These factors resulted in connecting this district more and more to the shipping and economic center of Honolulu and the rest of Oahu. Not the least through substantial roads that made heading east, and back, a much easier proposition than before. Residents who worked in the areas Diamond Head could now commute, making living on these lands potentially practical for much of the Island’s workforce.

When the first homes were constructed in the early 1960’s, no one could have foreseen that this was beginning of over ½ of a century that would see new residences finished on Makakilo in almost every single one of those years.

Despite that consistency you can say that there were 2 major surges that added the majority of the neighborhood we have now. The first began in the early 1960’s, kicked off by Finance Factors on lands that were leased from the Campbell Estate. Construction began on the bottom areas of the hillside, then moving upward. The 2nd surge came during the post-2000 years, concentrating on the higher elevations, though not exclusively.

Both, along with the periods in between them, saw single family homes and townhome communities erected. It used to be a general rule that the houses of the 1st era were larger in size, the later, higher up residences having the advantage of better views. However, the appearance of the Kahiwelo units in more recent years may be fixing that imbalance. 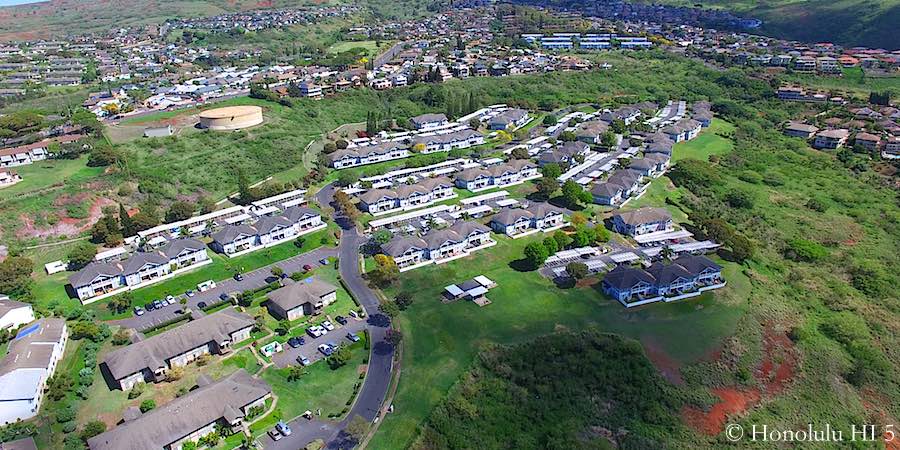 Makakilo townhomes are always hot properties, no matter when they were built. Kai Nani at Makakilo is a good example of why. Built by DR Horton in 2006, they have large dimensions and many have two full stories that sit atop a third made up of the garage/basement. That ads not only more space, but also greater sight lines, with the ocean, including the sun setting over it, and the 2nd City laid out before you.

Ocean Ridge at Makakilo might be even better, occupying a ridge area by itself, so your little neighborhood has nothing but clear views around you – and always will. In addition to the Pacific Ocean and Ewa vistas, you have roomy interiors and 3 bedrooms, providing what a growing family needs most of all. 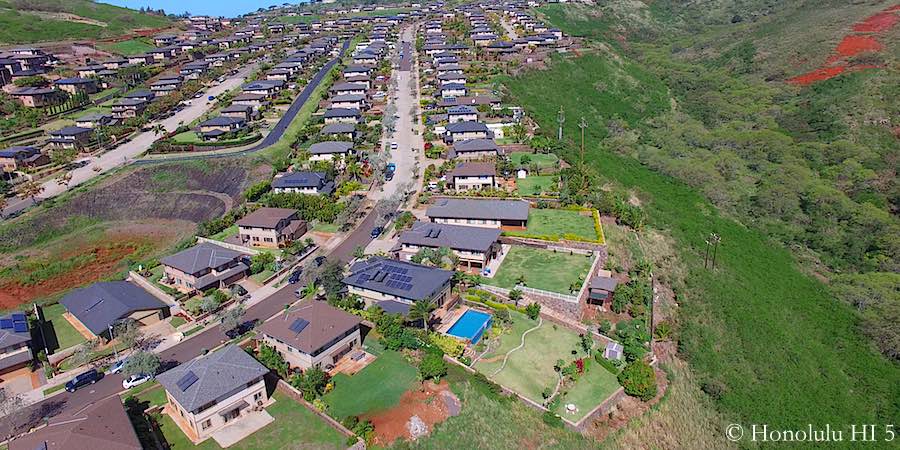 It is difficult to talk specifically about single family homes in certain parts of Makakilo, especially the Lower area where the first construction took place. This is because much of the houses from that era were built by the owners of that particular lot, rather than developers with a template of floor plans.

What you can say about Makakilo single family homes from the first decade or two of this neighborhood is that they stand out for being, almost across the board, single story. They fit the Mid-Century Hawaii design, with even 3 or 4 bedrooms being spread across a single level.

Homebuyers should also realize that properties that are located in the ‘Lower’ part of these slopes can still have expansive views from them, many of them enjoying the sight of the Pacific from their windows and lanais.

If a new Makakilo single family home is more what you’re looking for, a good start are the most recent additions in Kahiwelo. These are large houses and they sit on even larger lots. That provides effective breathing space between neighbors as well as plenty of ground for outdoor pleasures or even future expansion. It also makes for a less cluttered outlook down to Kapolei and out to the blue waters hugging our Island.

Another, more exclusive community to know about is Kumulani, a gated collection of expansive houses that was primarily built by individual owners on the lots they purchased. The privacy here proved extremely attractive, but the lock on sales came from the vistas possible from these properties that are 1000 feet above the Ewa Plain. Residents can take in the sweep of coastline and ocean from Diamond Head to here, and beyond.

It’s views like that, along with the cooler temperatures on this rise, that has kept Makakilo real estate in constant demand, even in those decades before the 2nd City started to take shape. If anything, these homes proved the potential of West Oahu before that vision was formed.

Today, you can have all the benefits of the Ewa Plain’s shopping, dining and recreation, but, literally, live above the traffic and crowding that is possible in the area makai of the highway.

Homebuyers may have been initially drawn here, as the Ancient Hawaiians, for the superlative vistas, but now there’s so much more that keeps them, like the 2nd City options, the cooler climes and the often larger sizes of these residences. Climb this hillside and you might never want to come down.