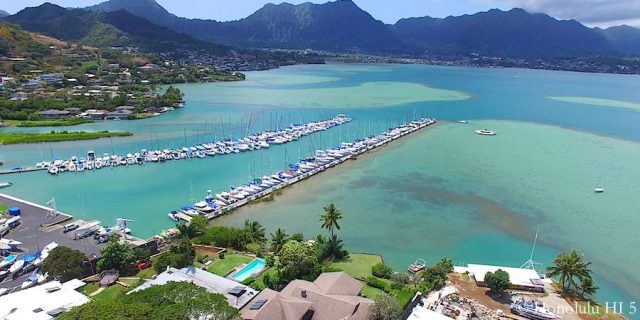 It can be hard to believe now, but Kaneohe was once a major source of food for Oahu residents, as far back as history can go. In those centuries before European contact, the lands and coastline here provided almost every aspect of Native Hawaiian’s diet.

Taro, breadfruit, bananas and almost every other crop grown on Oahu was farmed here, making it an important, if not crucial, part of life for the people here. In fact, some of most fertile soil of all was found where Kaneohe Marine Corp Base is today.

In addition, numerous fishponds were built along the ocean that provided a more reliable path to this part of the local diet. Instead of waiting for the fish to come to their boats or lures, the Hawaiians created easy and consistent access to a meal whenever needed.

The productive power of this area made it extremely valuable, so much so that the early Chiefs who ruled all of Oahu, as well as Kamehameha himself, had permanent residences here. Their presence was a significant sign of the vital importance of Kaneohe, as well as a recognition of the beauty of the oceanside lands.

By the time of the Great Mahele the later Kamehamehas had made Honolulu the center of all life in Hawaii, lessening the perceived status of Kaneohe as they spent little to no time on this side of the Koolaus. The richness of its soil, however, retained every bit of its power.

The Castle Family, Kaneohe’s Ohana
The release of lands from total Ali’i control in the Great Mahele made Kaneohe’s fertile acres available for purchase. Over time it was all acquired, along with much of the rest of Windward Oahu, by the Castle Family. Famously ½ of Castle & Cooke, they knew an opportunity when they saw it.

Plantations to grow pineapple and banana soon sprung up across their massive holdings, worked and lived on by workers brought over from Asia. In addition, a large part of the area was put to use for cattle ranching as well.

These large concerns altered the countryside dramatically, adding houses, stores and small communities here to serve the plantation employees as well as erasing significant aspects of the old Hawaiian landscape. It was at this time that many of their fishponds were filled in and forgotten to add more ground for the farms to till.

Until the Mid-20th Century the lands remained in this state, period aerial photographs showing a mostly wide open area. If not for the distinct coastline it would be almost unrecognizable as the same place we know today.

Change Begins To Come
One major change that remains today came in 1918 when the Army was given Mokapu Peninsula, where they set up Kuwaaohe Millitary Reservation. Later the Navy and then finally the Marines would take ownership, now known as the Marine Corp Base Kaneohe.

The Japanese would attack this installation on December 7th before the first bombs hit Pearl Harbor. The base expanded during World War II to provide training and schools for the effort, but the town wouldn’t be truly reshaped until after victory came.

The Post-War Oahu would see a surge in demand for housing as the population grew as never before. The plantations did begin to be less profitable than before as well, but it is also said that a major deciding factor was the Castle family’s land-rich, yet cash-poor circumstances at this time. Together, those conditions were the conception of the city of Kaneohe.

The development of these lands started slowly, picking up dramatically in the 1960s and 70’s after the Pali Tunnel was opened. Homebuyers flocked here now that commuting to Honolulu was no longer an issue. The fact that they could buy a residence more affordably on this side of the Koolaus was another important factor.

The neighborhoods and communities that would be added here over the years now have the greatest range of any town on the Windward Side. Kaneohe real estate includes everything from high-rise condos to single family homes with yards to oceanfront residences gazing out at Kaneohe Bay. 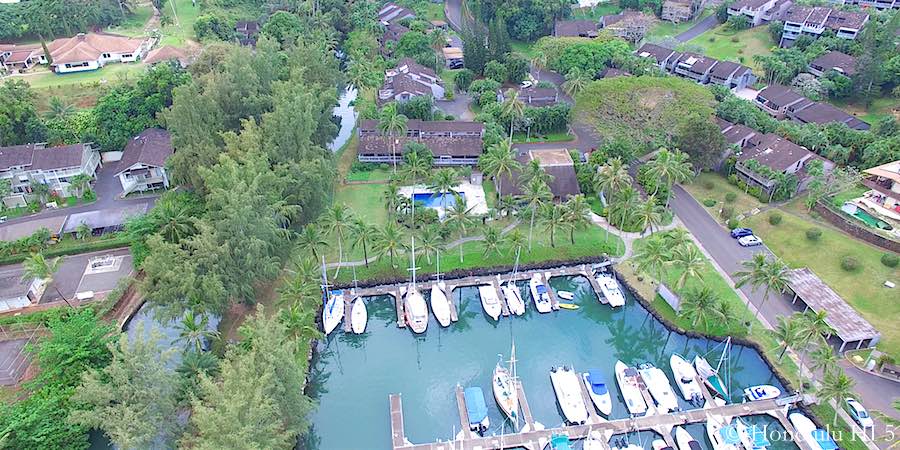 Though we can only give a couple of examples of Kaneohe’s condos that are exceptional, suffice it to say that there are many more worthy of attention and exploration.

The townhome units of Makai Kai Marina have a dream location of being right on Kaneohe Bay. Not near it. On it. Your abode here can be single or dual level and you can watch the waters mere feet from you as well as the boats tied up in the marina that have a certain beguiling power themselves.

The condos more inland provide some great lifestyle choices as well, like Windward Estate. This community is in the central part of Kaneohe, but has a thick surrounding of trees and greenery insulating you. The home dimensions are very large, great for families, and you can walk to Windward Mall, the biggest shopping center on this entire coast.

Single Family Houses in Kaneohe
Kaneohe houses truly run the gamut of size, look and environment. Space restricts us to highlight just a few of the areas in this category, to give you a taste of the possibilities of the market here.

Single family homes in Kaneohe are a mix of developments and neighborhoods where the houses have huge differences in size and design across their lots. That is especially true of the areas around the center of the town. You’ll drive by mid-20th Century Plantation homes next door to large, newer homes that take up almost the entire lot they sit upon. 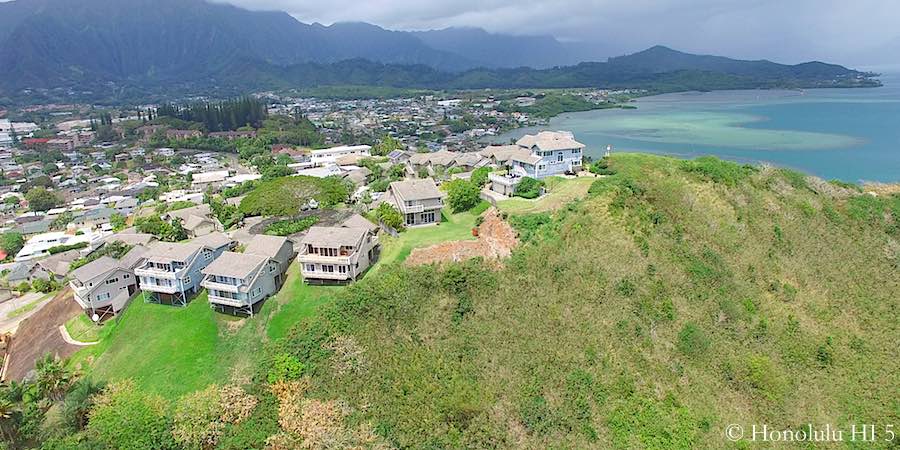 There are a few communities like The Summit at Kaneohe Bay around, yet it’s a special one in that group. This collection of just 35 single family homes is gated and collected under a Condo Property Regime (CPR) to ensure standards and cooperation. Every house is large, 1595 to 2323 sq ft, and you can revel in Mountain & Ocean views, some residents getting the perk of watching both the Sunset and Sunrise each day.

If you’ve dreamt of living an ideal of the Old Kamaaina lifestyle, the Haiku neighborhoods have huge spaces that are cooled by shade trees and cooling breezes, with large green lawns to relax and play on. The ocean views are the crowning touch, your residence here serving as nothing less than a tropical retreat of the best kind – one that few know about, but many would do anything to live in if they did.

We highlight one other area, Temple Valley, due to its seclusion from the rest of the city, as well as its lush green environment. The levels of rain are higher here, but the benefits can be seen all around in the natural beauty all around. The houses in this protected retreat are mostly single level Mid-Century style structures that are always pleasing to the eye,but never obtrusive. In the valley the focus is on the flora that grows so freely around you, where it should be.

Kaneohe real estate has become something very different that it once was. Even a few decades ago few would’ve predicted that some of the most fertile lands of Oahu would become the urban center of the Windward Side.

However, this soil still provides for the people of Oahu, just through different means. The homes and neighborhoods of this town are today a center of local life, free of the tourist crowds that are complicating things in Kailua.

Every Kaneohe real estate listing today is an opportunity. A chance to secure the Windward Oahu weather and ways for your life, free of the overwhelming visitor industry that can make you feel like a visitor in your own town. Here, you’re always home.