The Market Is Up! Should I sell My Hawaii Investment Property? 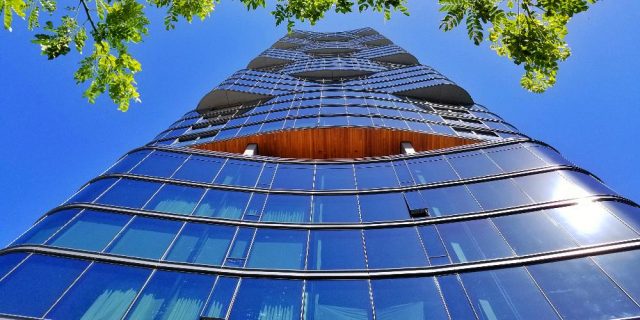 A client recently asked me if they should sell their Honolulu properties since values have increased significantly. Oahu’s single-family home and condo median sales prices have been increasing by 4.84% and 4.67% respectively, on average per year, since 1985.

Before I share with you the only three reasons why I would sell my rentals, let’s clarify Hawaii’s market reality.
In general, an increase in the value of an appreciating asset like real estate is never reason enough to sell. Just because the value went up doesn’t mean it is going to reverse. If the fundamental reason for the increase remains in place, the value could increase further. This especially applies to Hawaii real estate, a global commodity with limited supply and endless demand. Continuing strong demand and limited supply suggests values for Hawaii real estate will continue to increase.
Let’s take an example. Since April 2017, every 1-bedroom condotel in the popular Ilikai, Ilikai Marina, Waikiki Banyan, and Waikiki Sunset building increased by a whopping ~20%. That is a disproportionately larger amount than the overall market increase. Because these units are being bought primarily by investors, the market value is measured by the income generated. Another record year of tourism arrivals combined with record tourism spending could move prices even higher. Keep your winners.

A) Rumors have been predicting a real estate market collapse in spite of a lack of evidence. One popular pseudo-explanation has been around since the Summer of 2003 when 30-year fixed rates dropped for the first time below 5.5%: “Since interest rates will be moving up, prices will need to come down.” Instead, we have observed that during times when interest rates rise, people tend to select more affordable adjustable-rate mortgages instead of the fixed rate option. In other words, instead of postponing their purchase, buyers simply selected more affordable, riskier adjustable loans with the expectation to refinance when 30-year fixed rates become favorable again.
The following two graphs show data from 1987 through 2017: a) average US 30-year fixed mortgage rates, and b) the median sales price for Oahu homes and condos.

There appears to be no correlation between 30-year fixed rate mortgage rate gyrations and Oahu’s median sales price. Notable times of steep interest rate increases have been:

Take a close look at the graph above and you will not see any downturn in the median sales price during these periods of interest rate increases.

B) Another recent rumor predicts: “The US housing market could collapse 10% because of the new Tax Cuts and Jobs Act 2018.” The new tax law caps the mortgage interest deduction on loan amounts at $750K instead of $1Mill. The aggregate amount of deducting state, local, and property tax are now capped at $10K per year. In exchange, all tax brackets have been lowered across the board. – Raise your hand if you believe this will cause widespread suffering in the housing market to the extent of a 10% price drop. We shall see in the fullness of time and compare notes. The last time the Oahu median sales price dropped 10% was because of the 2009 financial crisis, nothing compared to today’s broad-based stimulating US tax cuts. Filter the noise and calmly analyze the probability of rumored doomsday scenarios.

At this time we see a strengthening economy in the US and around the world with minimal inflation risk and no imminent recession threat. These are conditions for Hawaii real estate values to move higher in 2018.

To remove emotions and guessing from important selling decisions, I established my personal rule of thumb: I never sell my rentals, unless one of the following three reasons apply:

1) “The property is killing me.” Sometimes you may discover your property is just a ‘bad apple.’ It could be the neighborhood, or the property itself. Perhaps it is impossible to keep good tenants and the property has turned into a perpetual money pit. Evaluate the true reasons why the property isn’t performing well. If it turns out to be an incurable defect, it could be time to cut the rope. Consider a 1031 tax-deferred exchange and move on.

2) “I absolutely need the money.” That could include an incredible new opportunity so fantastic that I would consider selling the existing rental property and rolling the money into this new, more lucrative opportunity. I constantly ask myself: “What else could I do with my time and my money?” Be careful, the grass is not always greener on the other side.

3) “There is a significant shift in the marketplace.” For example, I have rentals next to a large military base ensuring strong rental demand. If the base were to close down I would consider liquidating because the closure would greatly diminish future cash flow.

Determine your real estate needs and check if any of the above three reasons apply to adjust your real estate holdings. Ignore the noise of trying to forecast and time the market. Stay consistent with your long-term objective. May you live well and prosper.