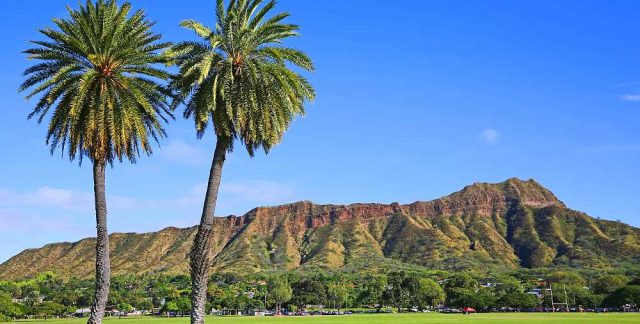 Paul Brewbaker with TZ Economics is one of the sharpest and most respected economist here in Hawaii. His analysis on Hawaii economics and Oahu real estate is candid and insightful.

Summarized below are a few key takeaway points from his presentation during the 6/8/2016 HBR regional meeting in Honolulu. These are subjective notes we took during the presentation with particular focus on Paul’s current Oahu real estate market outlook. But before we get started, let me share a little story from 16 years ago:

I first met Paul in 2000 during one of his presentations in front of about 300 top realtors at the Hilton Hawaiian Village. Paul predicted with unshakable confidence that the median sales price for Oahu single family homes could reach $676,000 by the year 2007.  In 2000 this seemed unbelievable and bold, especially in front of a large number of realtors. At that time the median Oahu single family home value had been hovering around $300,000 for several years.

Prior to Paul’s 2000 presentation the Oahu real estate market experienced a prolonged softness throughout all of the 1990s. This softness was in part because of Japan’s real estate bubble bursting in 1990, starting what has become known as Japan’s ‘lost decade’.  Japanese real estate investors had been a strong buying force during the late 1980s but became net sellers through all of the 1990s. 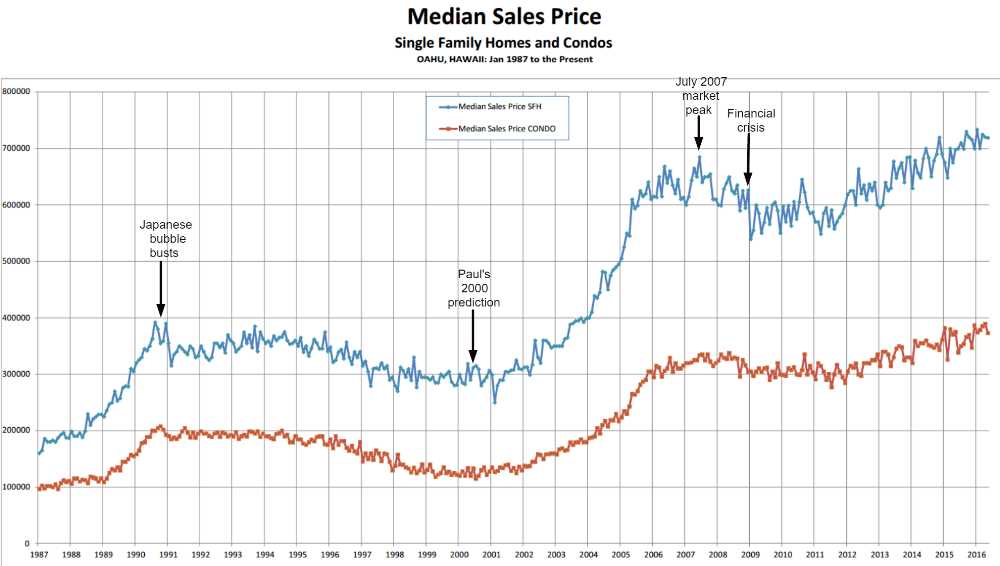 During 2004 and 2005 it became clear that Paul’s ambitious prediction from 2000 could very well come true. In the Summer of 2007 the median sales price for Oahu single family homes surpassed the predicted market value establishing a new market peak. 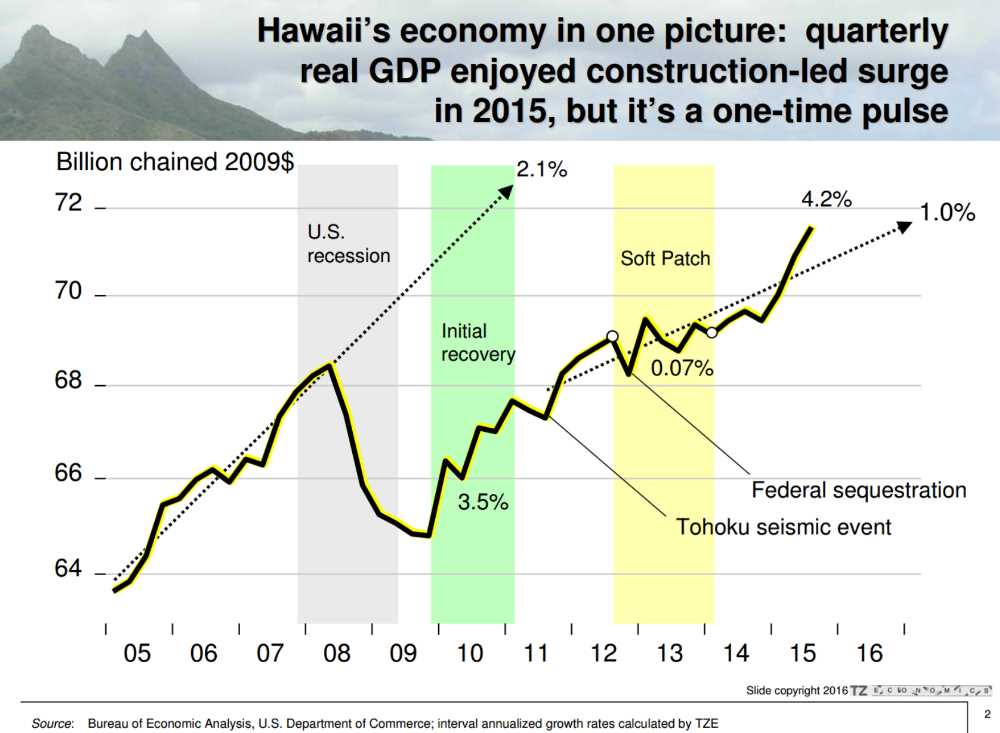 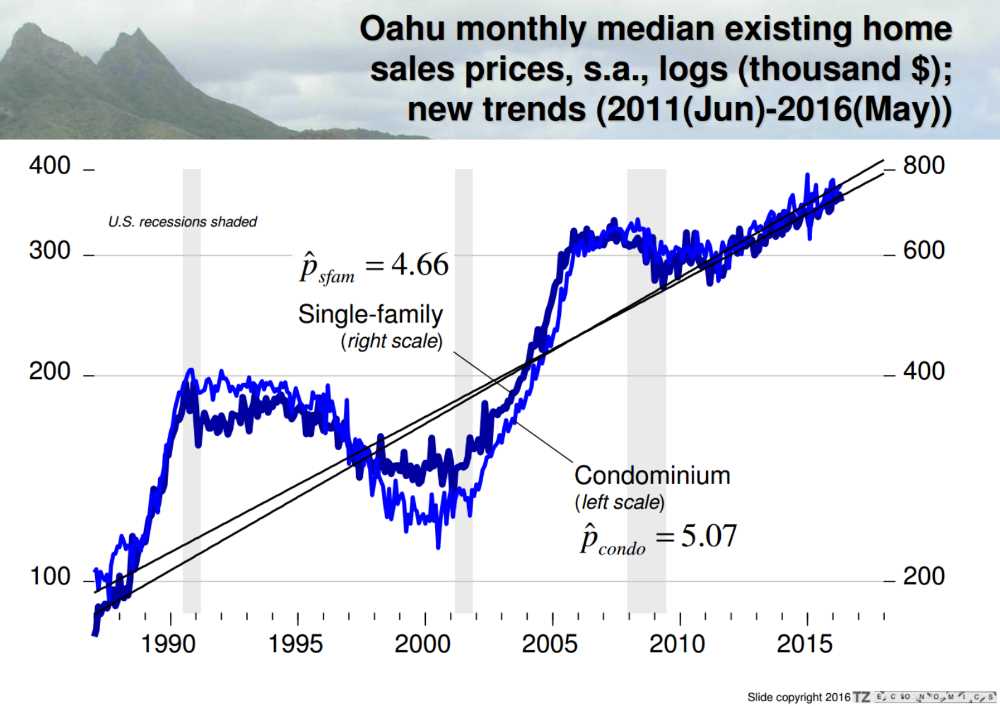 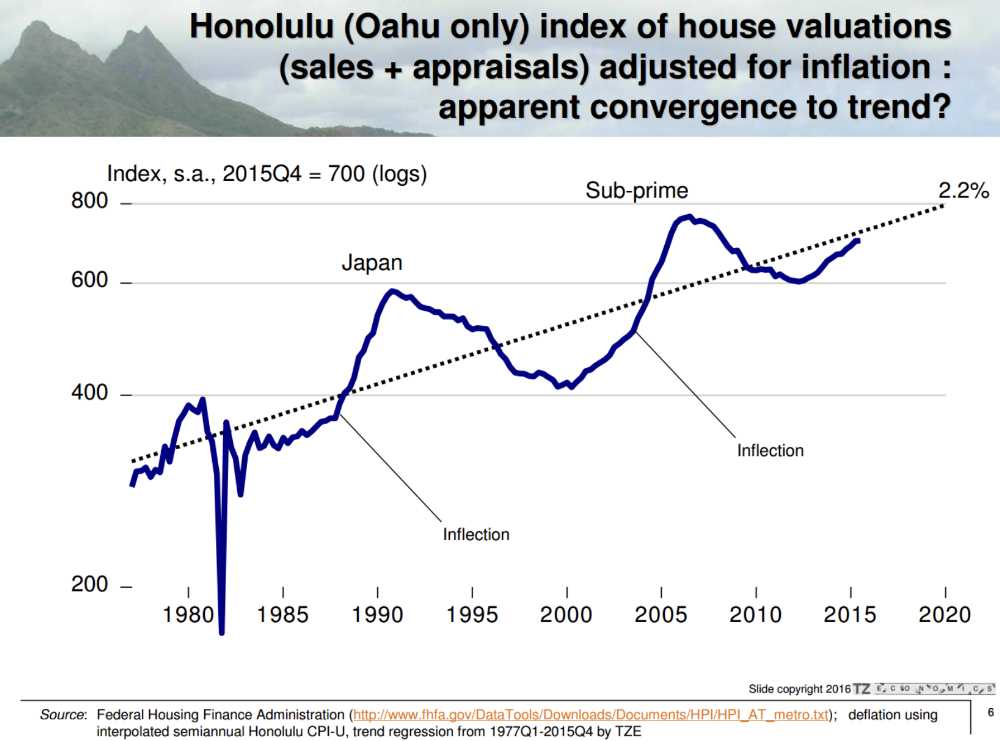 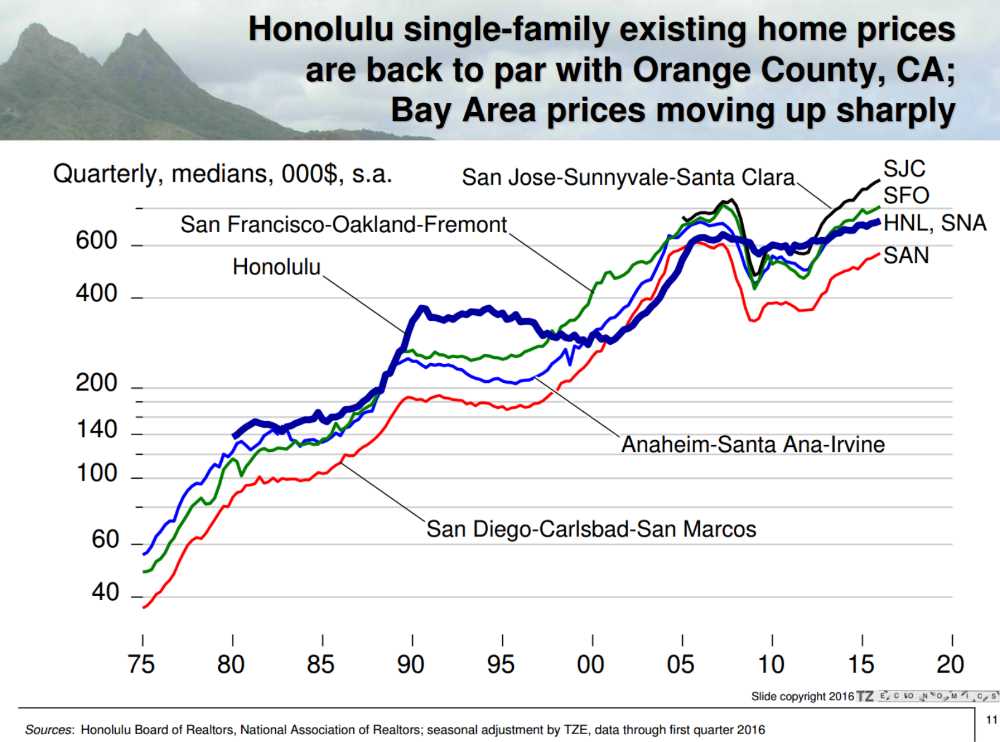 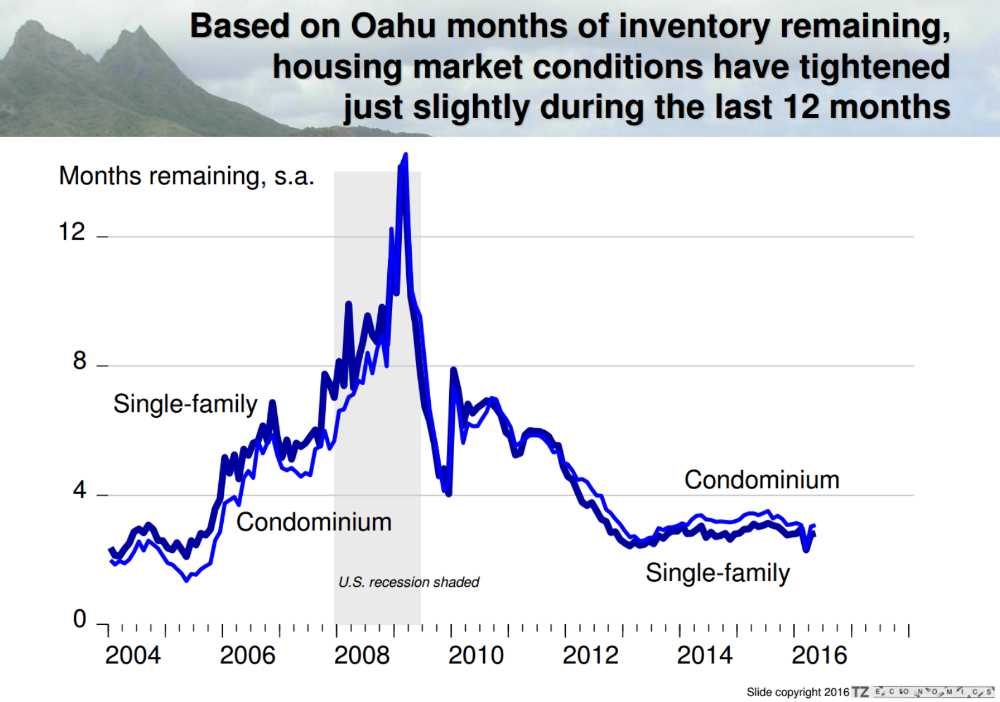 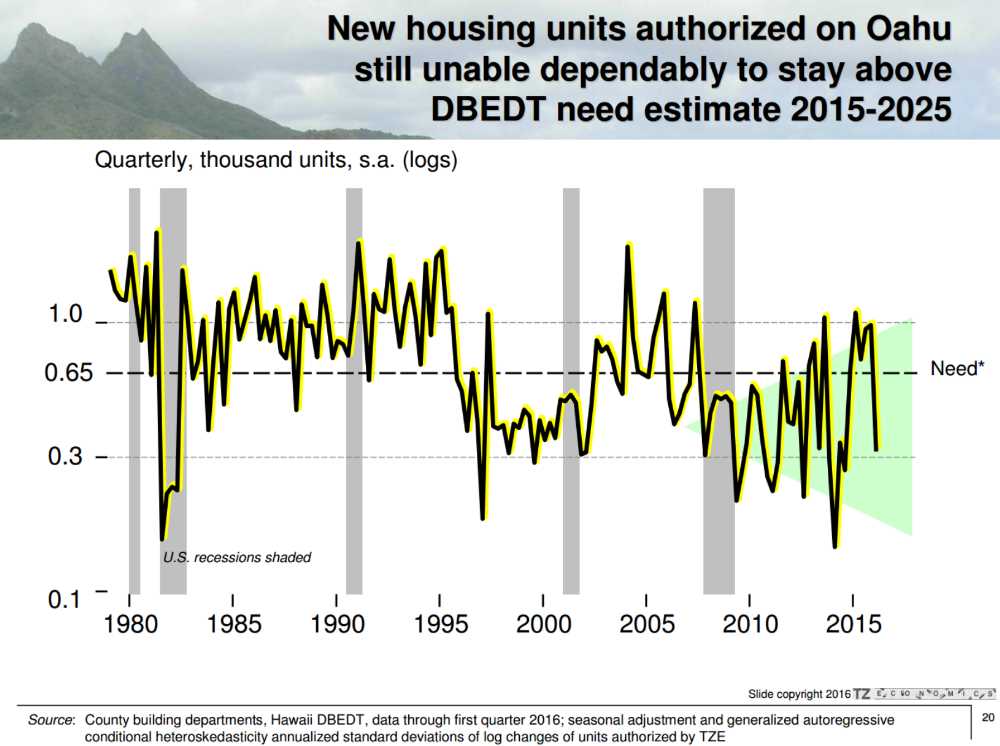 Let us know what you think.  How do you see Hawaii’s real estate market and the general economy?