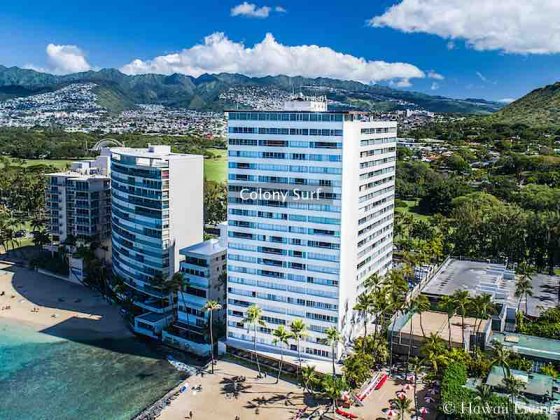 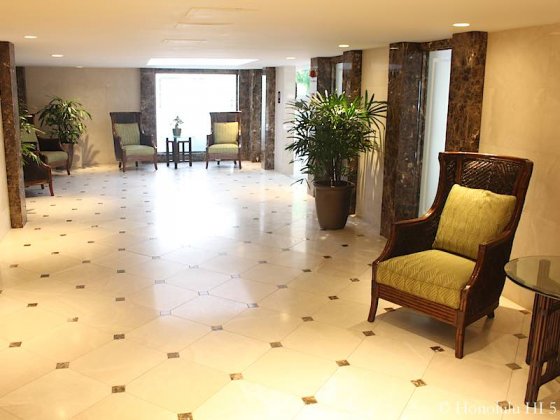 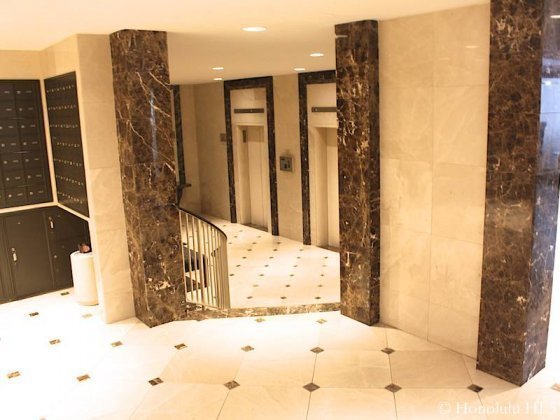 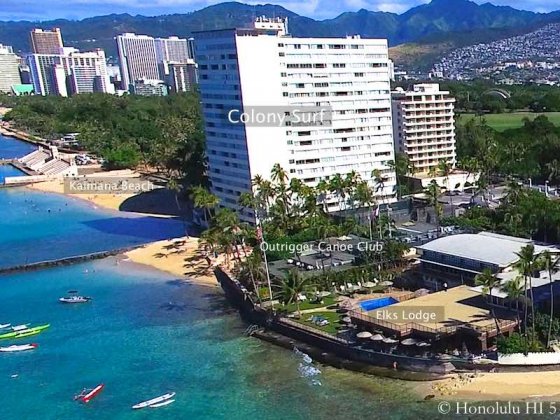 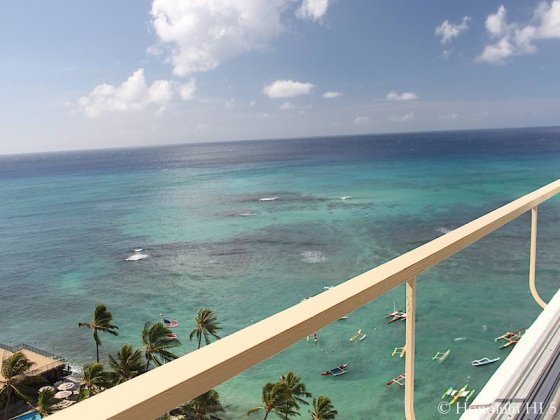 Good to Know About Colony Surf
The Colony Surf condo in Diamond Head is located right on an incredible prestine white sandy beach. There are only 4 other condos in Honolulu located on a white sandy beach: San Souci and Kainalu in Diamond Head, Waikiki Shore in Waikiki and Kahala Beach in the Waialae Golf Course neighborhood. Needless to say, a very popular building for ocean lovers.

All units in Colony Surf have 1 large window running across the entire width of the unit, creating an incredible wide view and feel, especially when pushed open (14 inch in the smaller units and 26 inch in the large units).  All condos are originally 500sqf or 845sqf with lanais.  However, the "01" and "04" units are slight larger than 845sqf, because owners were allowed to enclose an unusable hallway space.

The 845sqf+ condos in Colony Surf are considered 1BR, though the vast majority are over-sized studios without a dedicated bedroom, creating some stunning views. All units above the 3F on the Diamond Head side have nice ocean views and all units facing the ocean have ideal ocean views.

At the top floor - penthouse - there is just 1 unit, streching from the "01" - "04" stack with windows wrapped around on all four sides - arguably boasting the best views of any condo along the Gold Coast.

Brief History & Interesting Information
John Barkhorn is the developer of Colony Surf and in year 1958 he managed to negotiate long-term land leases from a few different land owners and he was able to develop and built Colony Surf. Around the same time he also developed neighboring Lotus Hotel (formerly the W Hotel) and Colony Beach. All 3 buildings were initially part of a hotel operation, but over time all Colony Surf and Colony Beach units were sold as residential units and today there are no hotel units in either building.

Note: The association took out a mortgage in order to come up with the funds to pay for the land acqusition. Some owners have paid off their unit's portion of the loan, whereas other owners have decided to pay off on a schedule. Those units are legally still considered co-ops, until their portion of the mortgage is paid off. Owners can pay off an their loan balance and convert to fee simple condominum 4 times per year.

Also Good to Know
During the 1960's there were about 30 hotel rooms without parking stalls.
No units come with assigned parking stall, but there should always be a stall available for each owner to use (as of late 2016 there has reportedly not been issues for owners getting access to a parking stall).
No AC allowed.
Washer / Dryer: Some units have obtained permit to install, but verify if still possible.

You may also be interested in....
Tropic Seas, Kainalu, Oceanside Manor, Colony Beach or expand to all Diamond Head condos for sale.  Alternatively, expand to search all condos for sale in Honolulu.


More About Colony Surf
This isn't just one of the Gold Coast condos, it is in fact the tallest, located at the transition point of Waikiki and Diamond Head. Its lack of frills and features don't detract one bit from the attractiveness of these units. Not when you live literally on the beachfront of some of the most coveted real estate in the world. You don't need a fitness center when you have the Pacific Ocean a few feet away, along with beautiful Kapiolani Park across the street. The location IS the amenities.

At the time they built the Colony Surf, Honolulu's building regulations and codes allowed construction closer to the ocean. Outside of living on a boat, this condominium is as closest as you will ever come to living on Hawaii's beautiful waters. Those units on the front, numbered 1 to 4 on each level, look out on the waves that draw sun worshippers and surfers from every corner of the world. The remaining condos, numbered 5 to 9, lack that view, but are well compensated by their lookout on iconic Diamond Head scenery and the open greenery of the park.

The designers did away with actual lanais, opting instead for wide sliding windows, the length of the unit wall, which stretch from the ceiling to waist height. Draw these open and your living room is now a breezy, open-air space, allowing the sounds of the surf into your day. Or night. You'll find that tropical evenings have their own unique charms to add to your indoor life.

As you'd expect from real estate in Diamond Head and Waikiki, the Colony Surf condos do go for a premium, customarily $500K to $1.5M, with some of those combined units north of $3M. With this Paradise just outside your door, it's easy to understand why.