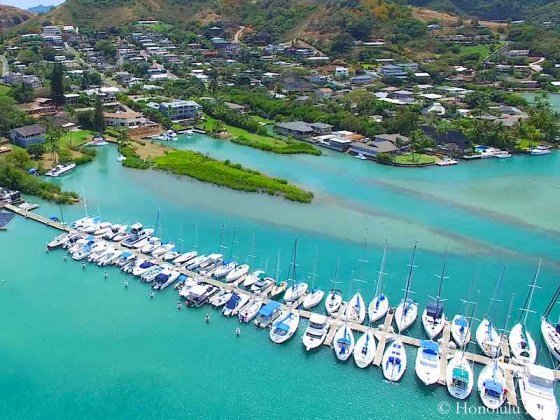 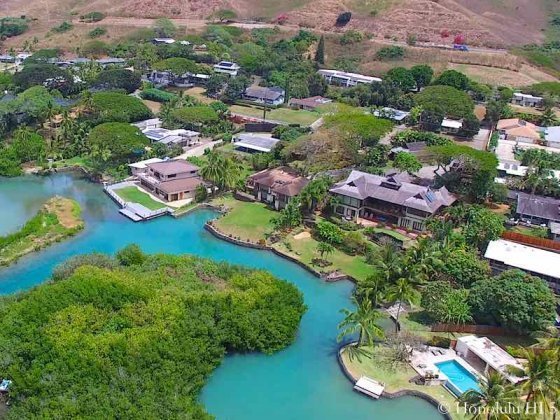 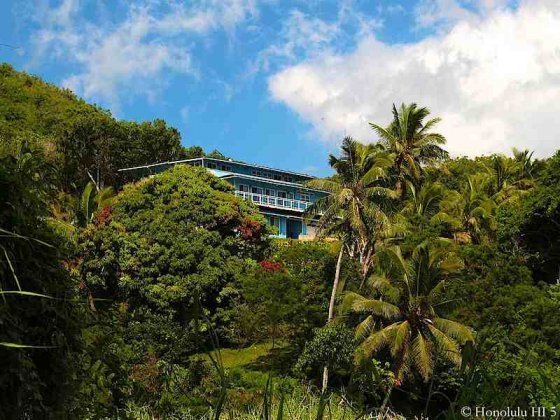 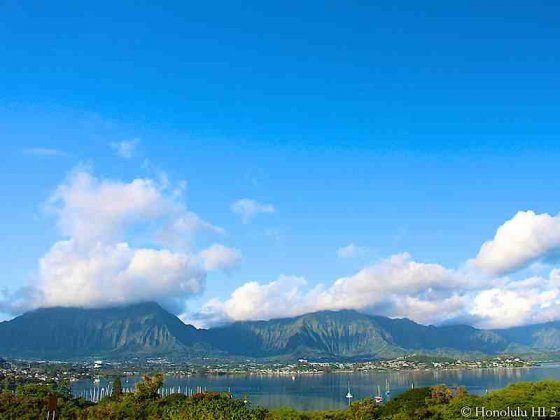 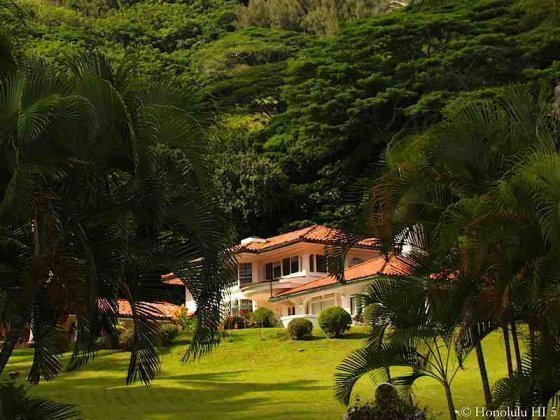 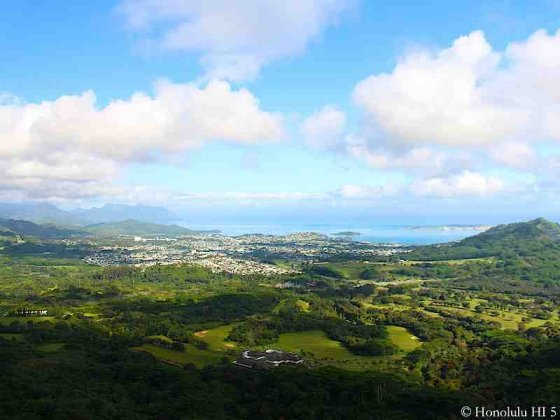 About Kaneohe
Kaneohe is just north of Kailua on the Windward side of Oahu. Though cheek to cheek, separated now by the the H3 freeway, they still have differences that make each distinctive. Kaneohe retains a more local feel in many ways. The town doesn't attract the tourist trade like their neighbor to the south, so the community tends to be geared strictly to residents and their needs.

That's probably why Windward Mall is located here, the largest shopping center on the east side of the Pali. Other large strip malls provide every need and want as well, so leaving town to shop is rarely required unless a change of scenery is desired. The natural side of life is fulfilling, too.

Kaneohe Bay - Come Here to Play
There isn't a contender for 'Best Beach' to be found in Kaneohe, the coastline tending to be more grass and rock than sand. Though that means sunbathing is out, the waters are still a delight. Kaneohe Bay is an alluring sight and the perfect place to put in for standup paddleboarding, kayaking or some snorkeling. A protective reef keeps the waters calm so this isn't a prime surfing spot. Any other water activity, though, is a go, including one very famous local tradition.

At low tide a sand island appears in the Bay for a few hours. As soon as it emerges, the party begins on the notorious 'Sandbar'. Boaters drop anchor, fire up their BBQs, throw around the frisbee, talk story and make new friends, all on this temporary beach in the middle of Kaneohe Bay. It's a special part of Kaneohe life that should be experienced at least once, though it'll be hard to keep away after that first visit.

The H-3 dividing line seems to even affect the weather. Kaneohe has cooler days and more rainfall than the more southern end of Windward Oahu. It's this rain that keeps the greenery so rich and thriving around you. One of the joys of living here is gazing up at the jade colored Koolau mountains after a shower. Countless waterfalls stream down the hills, an unforgettable cascade of white against green.

Real Estate That Has It All
Kaneohe real estate is an interesting mix of both suburban and rural properties. There are real contrasts to be found. The southern and central areas are where higher density neighborhoods stand, mainly houses but some condos as well. Go a little further north, however, and you're in a different world.

In those parts of Kaneohe, beginning in Ahuimanu, the setting becomes distinctly countryside, Oahu style. Small farms lie along the roads, up against oceanfront homes inhabited by those who like quiet luxury and a lot of privacy. Both sit against soaring mountainsides to the west and sweeping ocean views to the east. It's where you go to live in the cradle of Mother Nature's power & majesty.

Dive into the neighborhoods and you'll really get to know Kaneohe:
Why Kaneohe?
Kaneohe is the right choice for those who love the more sedate, less developed Windward Oahu, cushioned by the mountains from the extreme tourist areas. It claims one of the largest malls on the Island, yet you'll find local businesses flourishing here, too, keeping it grounded in the Hawaii residents know and love.

It's a well-kept secret, lacking the glamour of other parts of Oahu, and that is just fine with Kaneohe. While others fight over Bed & Breakfasts and being overwhelmed by visitors, this is where you live contentedly, looking forward to the next barbecue or maybe even another visit out to the Sandbar.


Kaneohe History
Like much of modern Oahu, the Kaneohe we know sprang up only in the second half of the 20th Century. Before, it was a major agricultural center from the beginning of Hawaiian memory. Its steady rainfall and fertile lands fed the people without fail for hundreds of years. It was such an important area that the first chief of all Oahu, Kahahana, made it one of his major residences. After uniting the Islands, Kamehameha I would follow suit, keeping it for his own personal domain, a high honor.

Throughout the 1800's and 1900's farming would remain the primary purpose of the lands here, producing crops like taro, breadfruit, bananas and rice. Fishponds were built here as well to further provide sustenance, freeing the Hawaiians' from dependence on the ocean.

In the late 1800's, however, a major shift began to happen. After the Great Mahele, much of the property in Kaneohe began to be sold, passing from royal hands for the first time. Most significantly, the Castle family began to buy more and more of it, eventually claiming 10,000 acres, which was most of the Kaneohe-Kailua area. They joined the rest of Hawaii at this time by starting sugar plantations as well as a major cattle concern on their vast holdings. All of this activity was gathered under the umbrella of an entity called the Kaneohe Ranch.

The Castle family maintained the rural environment on this side of the Koolaus until 2 factors pointed them in a new direction. One was the post-World War II boom that saw a surge in demand for housing, occurring at the same time that the plantation system was dying out. The 2nd came in 1959 when the Pali Tunnel was completed, allowing downtown workers to live here and easily commute. Kaneohe real estate would never be the same.

Almost every square inch of today's Kaneohe sits on either Castle land or land formerly owned by them. The conversion to development in the 1950's created huge neighborhoods of homes, most leased long-term from Kaneohe Ranch. In that one decade the town's population doubled in size and continues to grow even now, though at a slower pace.

Some homeowners have been able to buy the fee-simple interest in the land, but Kaneohe Ranch still remains a major landowner, easily one of the biggest on Oahu after the Bishop Estate. It's an unbroken link to Royal Hawaii, proving that Island real estate has been a smart investment from the very beginning.