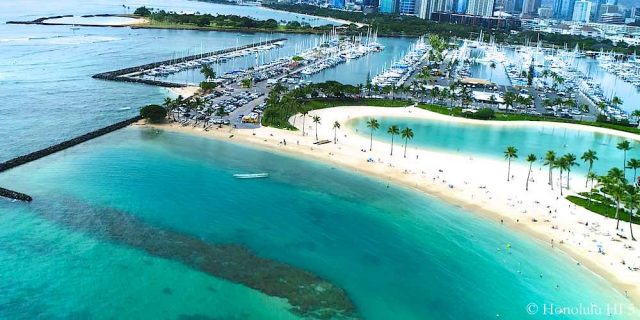 Ko Olina and Waikiki both present the possibilities and potential of the resort lifestyle. You live where the rest of the world plays. Great beaches, recreation choices you can’t get elsewhere on Oahu and a feeling of being outside the routine daily life. With all of that said, the truth is that these 2 Oahu neighborhoods are very different experiences.

It all begins with their histories. That starts on common ground, both Waikiki and Ko Olina being places of pleasure and retreat for the ali’i for some time, up until the final years of the Kingdom. At that moment, their paths diverged.

It is then, in the late 1880’s that businessman James Campbell, purchased almost all of what we know today as Ewa Oahu, extending all the way to Ko Olina. As locals know, this huge area would soon become a massive plantation, but even the Campbell family recognized a good thing when they saw it. They built an estate for themselves right where the ali’i once played.

Outside of the use of the district as an R & R Center during World War II, Ko Olina would remain quiet for almost 100 years, outside of some farming and one wealthy family’s private domain.

WAIKIKI – ALMOST A CENTURY IN THE WORLD’S LIMELIGHT 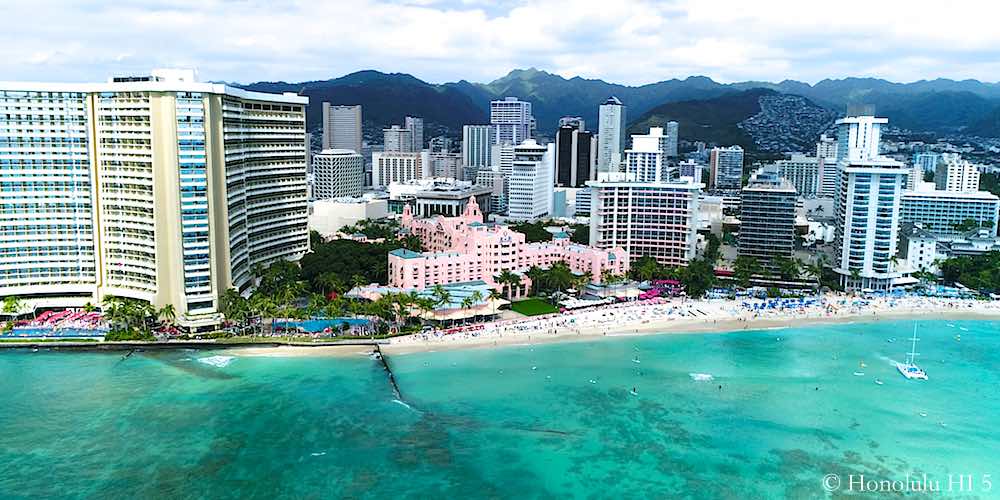 Waikiki, meanwhile, continued to be a playground, turning from one primarily for the ruling class and wealthy locals into an international destination with the advent of jet travel. That ongoing, almost never-ending popularity growth, meant that development was not just inevitable, but continual. It is these two roads to the present day that make them each so unique from each other.

The best description of modern Waikiki is that of an urban tropical resort. Residences, like the visitor accommodations, are almost exclusively within high-rise structures that line the avenues. Condominiums in Waikiki are almost the only residential option. Houses are a rare sighting inside this neighborhood, and they’re only becoming rarer.

The range of condos, however, is a big one. A dip into the current market will almost certainly bring up small studios in 1950’s era walk-ups to some of the latest luxury condos with names like Trump and Ritz-Carlton. 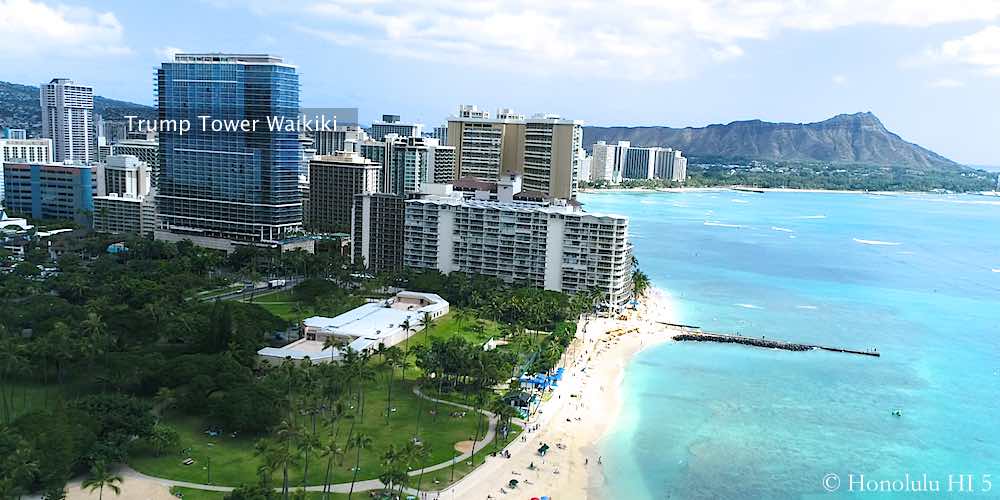 While a single family home may be off the table, just about every other option in your life is not. Some of the most famous and photographed beaches are in easy walking distance for almost every resident.

On your way there the chances are you’ll pass by many alluring dining possibilities as well as shopping that will satisfy almost anyone, with an emphasis on designer stores where browsing is raised to an art form. If those aren’t enough, the big, and only growing bigger, Ala Moana Center is within strolling distance, or a short drive at most, too.

Along with Waikiki’s beaches and the fitness/recreation center that Kapiolani Park provides, Waikiki is the Center Stage for all of Hawaii. Most of the major parades and festivals happen here, from the Aloha Festival (& Parade) to holiday celebrations, ethnic festivals and the yearly commemoration of locals love affair with one particular food – Spam Jam.

Buying Waikiki real estate is a ticket into the party space of the Islands, with all the activity and excitement that goes with it. Who doesn’t love that? Good question.

KO OLINA – PLANNED EVERY STEP OF THE WAY 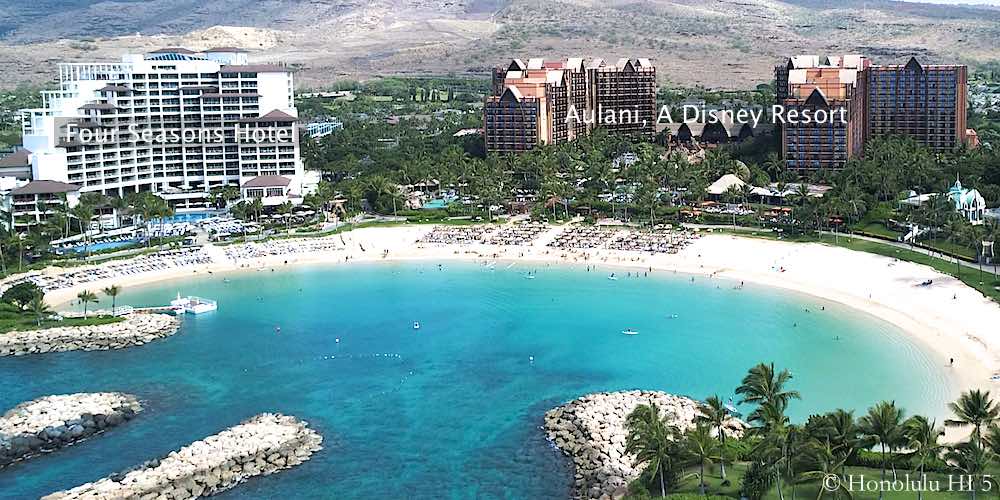 To answer that we have to return to Ko Olina where we left it, a mix of untouched and agricultural. The closing of the plantation in the 1980’s resulted in these lands being put on the market. Like much of the available real estate in Oahu at this time, it was bought by Japanese developers who saw the potential for both the leisure and residential sectors. A return to its recreational roots.

Out of the already exceptional coastline they managed to carve the famous lagoons before the Japan economy collapsed and brought their involvement to an end. Though they didn’t ultimately see the project through, other hands did.

These lands being more or less untouched, they were able to plan out and then create a resort-neighborhood as never before in Hawaii. Hotels here are more spread out, with appreciable separation between them, unheard of back in Honolulu. That space applies to the entire area, so, outside of the resort towers, the skies are open and the sight lines excellent.

You also have choices in Ko Olina real estate, with varieties of both condominiums and single family homes. The residential communities – Kai Lani, Ko Olina Kai Golf Estates, Coconut Plantation, Ko Olina Fairways and the Ko Olina Hillside Villas – are made up of houses and townhomes as well as low-rise condos that fit right in here. All of them are collected in an island in the middle of an ocean made up of the Ko Olina Golf Club’s green fairways. If a more elevated vantage point is your style, the Ko Olina Beach Villas have two towers. 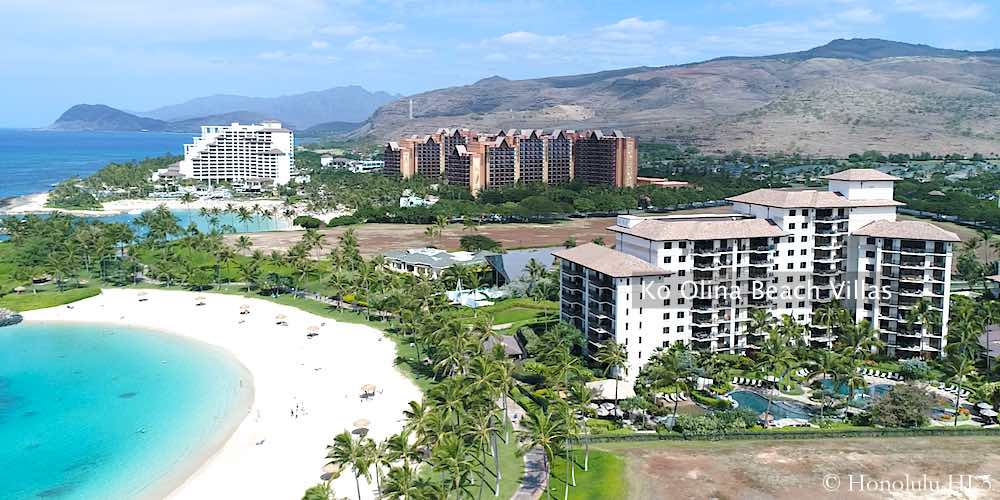 As you have already figured out, this is the suburban style resort, a place where your neighbors wave to you as they head out on their golf cart to dinner at a restaurant. Where green spaces are everywhere around you.

Things happen more slowly here, and at a lower volume. Yes, the traffic can be a little busy at times, but nothing compared to Waikiki’s packed roads. You won’t be woken up by revelers coming home from a big night out at 3AM. There are no big street festivals either, for better or worse, though the hotels do hold activities often.

While there is some shopping and dining in this district, a drive to Kapolei will be required for many things, such as groceries. It’s just part of being away from things, removed from the accelerating pace of life that has now reached even the Ewa Plain just outside your borders.

Ko Olina is not finished. Not by a long shot. Further hotels are planned as well as luxury condominiums that are already building up demand. This will change the landscape, but not the flavor or feel of the place. It might be a little busier, but it will also offer more for you to enjoy & explore as well.

This is the alternative to Waikiki, a different experience entirely. It’s for those who want a Hawaii that’s closer to the Turtle Bay feeling, but without that degree of isolation. A few minutes east in your car gets you to almost anything you’d ever need. 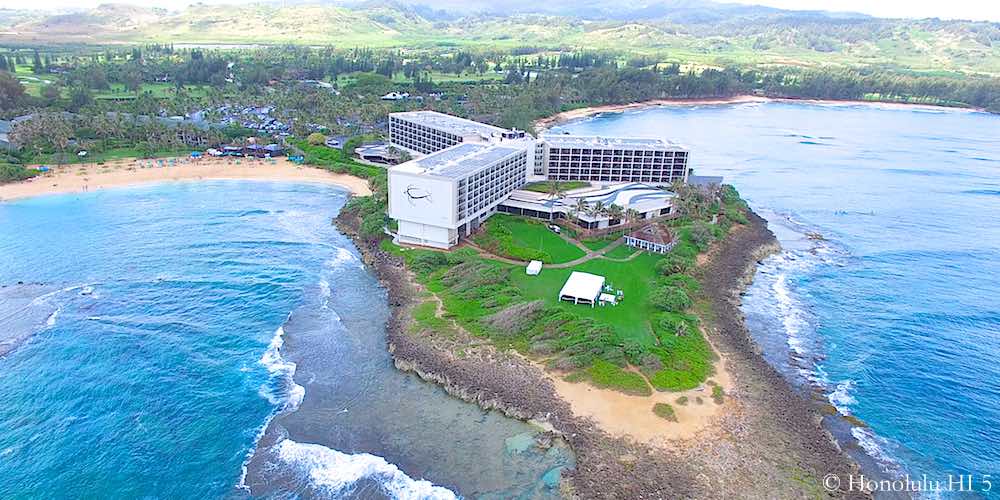 A HOME IN KO OLINA OR WAIKIKI?
This is not a value judgement on real estate in either Ko Olina or Waikiki, nor is it a contest. It’s a matter of tastes, lifestyle desires and where you fit best. One is the fast moving, towering showpiece of today’s Pacific. The other an exclusive beachside sanctuary with some of the most luxurious names making up your neighborhood. It’s two sides of the same Hawaiian coin, each promising something different, but equally wonderful.