Honolulu Neighborhoods With Homes in the $2,000,000 Plus Median Price Range 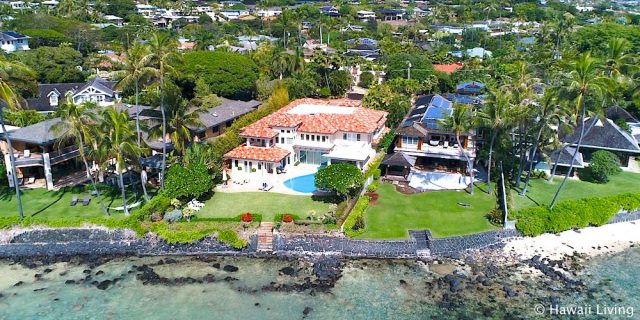 If you are interested in purchasing a home in Honolulu, there are several neighborhoods where you will find a variety of luxury homes with a median price above $2,000,000. In the following we will review 7 of the most exceptional single-family home neighborhoods in Honolulu. 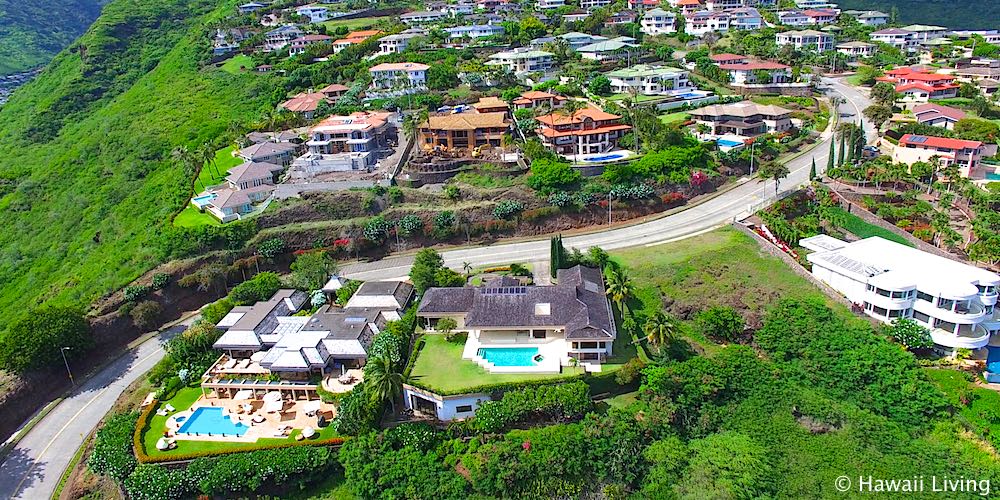 Hawaii Loa Ridge is an exclusive gated community in Honolulu and a 20-minute commute from Downtown. This exclusive neighborhood is located on a ridge between Aina Haina and Niu Valley at the foothills of Oahu’s Koʻolau Mountains. The community includes more than 500 homes, most with varying degree of ocean views.

Modern architectural styles as well as Mediterranean homes are abundant in Hawaii Loa Ridge, several with pools and median lot sizes around 11,000 sq ft and 4,000 sq ft of interior. ft. This first-class neighborhood also includes a clubhouse with tennis counts, a park and the Hawaii Loa Ridge Hiking Trail (open to the public). 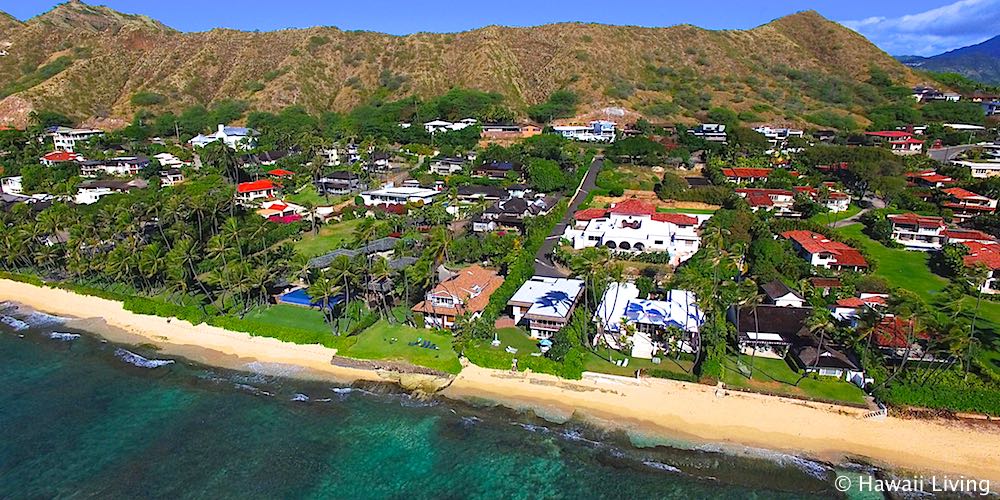 The community is known being an indulgent atmosphere for the wealthy. Heiress Doris Duke once lived in a cliffside estate located in Diamond Head called Shangri La. Some homes in Diamond Head are within walking distance of Waikiki and Diamond Head Lookout, which is a surfer’s paradise with extravagant views. The historic Diamond Head Lighthouse is also a popular attraction in the area and is on the most southern point of the island. 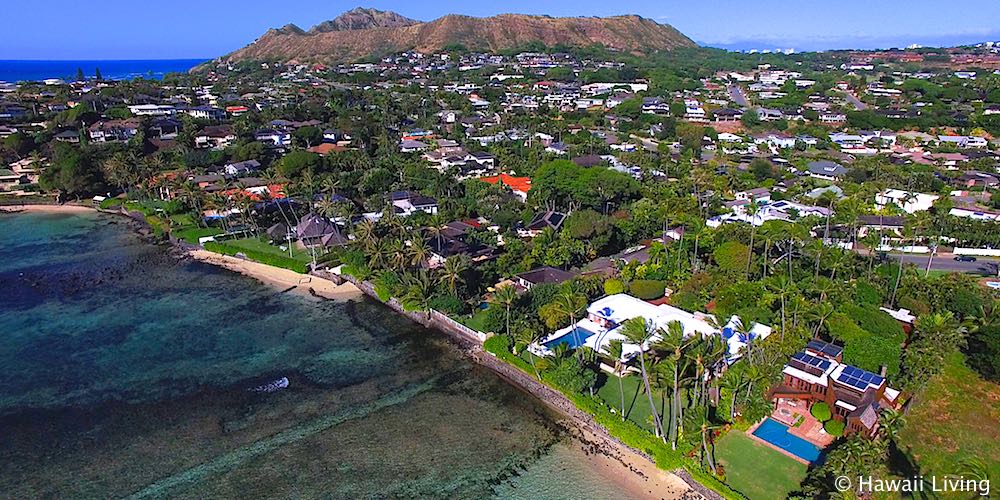 Kahala homes have a median lot size of about 10,000 sq ft and 2,600 sq ft interior. It is a relatively flat neighborhoods and the vast majority of the homes do not have ocean views, except for the 1 mile stretch of about 40 oceanfront homes along Kahala Avenue. Nearby is the famous Kahala Hotel & Resort and Waialae Golf Course. 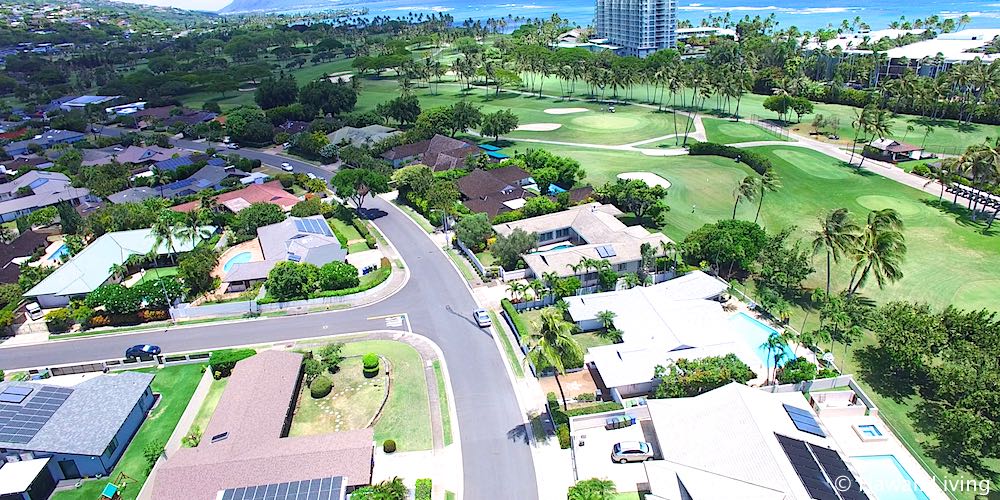 The Waialae Golf Course neighborhood is a golfer’s paradise and consists of just under 150 single-level homes surrounded by the exclusive Waialae Golf Course. There are around 40 homes located directly on the golf course, complete with luscious greens and spectacular ocean views.

There were 4 sales in year 2017 between $930,000 and $4,310,000 with a median price of about $2,500,000. This prestigious neighborhood boasts wide streets and level lots are typically generous in size – median lot size is about 12,500 sq ft with a median interior of about 3,250 sq ft The exclusive neighborhood is enclosed by the Waialae Golf Course, which hosts the annual the PGA Sony Open Golf Tournament every January. 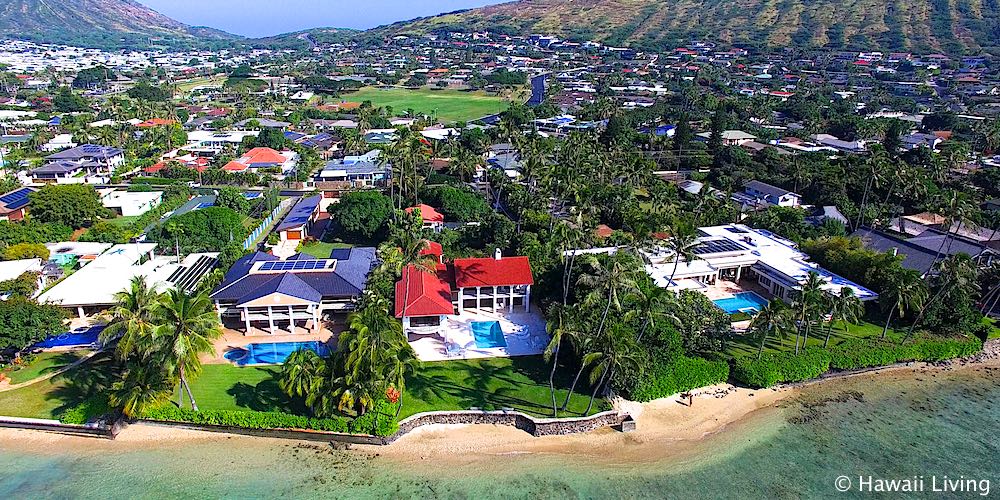 Portlock is lavish oceanfront neighborhood situated at the base of Koko Head within the Hawaii Kai region. The serene neighborhood is situated along just 2 streets – Portlock Rd and Kalanianaole Highway – and consisting of approximately 120 homes priced in the $1,500,000 for a tear down to about $20,000,000 for the most stunning oceanfront estates. 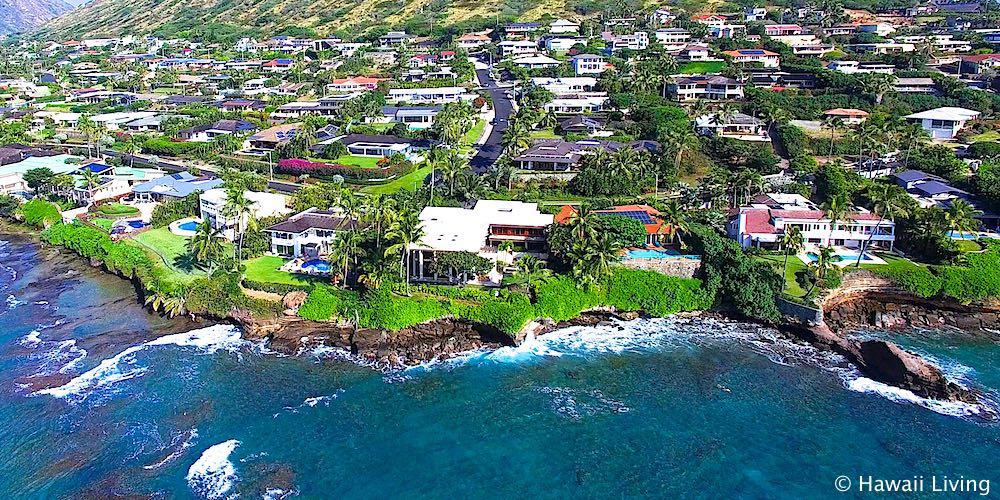 The Koko Kai neighborhood has about 130 homes located adjacent to Portlock. Koko Kai is often mistaken with Portlock as well as the Triangle neighborhood because of its proximity and blended borders. Many homes boast spectacular ocean views with some oceanfront cliffside homes nestled along the rocky coast. 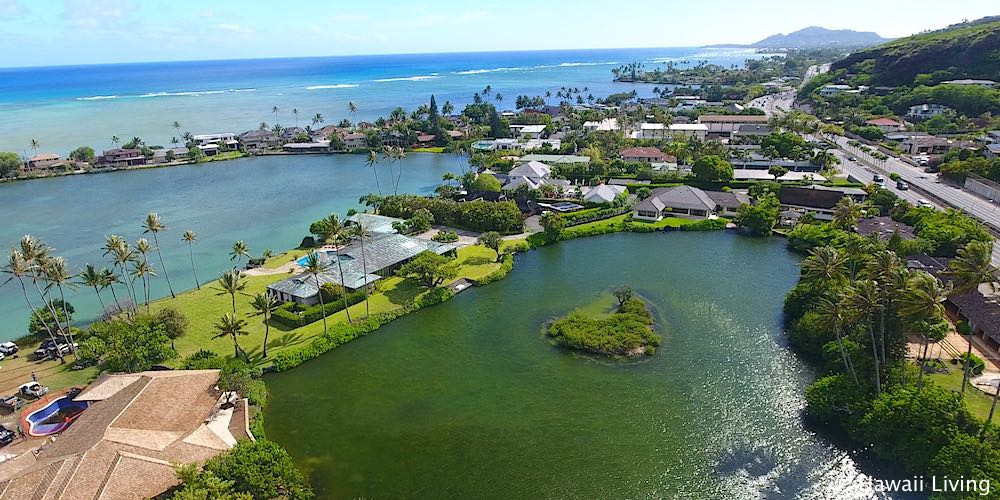 Paiko Lagoon is a unique coastal community of around 120 homes in Honolulu bordered by Hawaii Kai and Niu Beach. Nestled within the neighborhood is the Paiko Lagoon Wildlife Sanctuary. The neighborhood is connected to a freshwater springs fishpond opening into the Maunalua Bay. This secluded sanctuary has many homes located on the lagoon front or oceanfront, with a few exclusive homes bordered by both the lagoon and the fishpond. This secluded hidden jewel feels like its own private island and even has one home surrounded by the ocean on all sides.

Besides the above neighborhoods, there are other luxury homes neighborhoods in Honolulu you may want to check out, including Black Point, Kai Nani, Aina Haina Beach and Niu Beach.

Honolulu Neighborhoods With Homes in the $2,000,000 Plus Median Price Range was last modified: January 3rd, 2018 by Hawaii Living
Loading Facebook Comments ...
⇐ The Best Places for Happy Hour in Kailua
A Day On Oahu’s North Shore ⇒
Buying or Selling? Contact us here.